For November 2022, Kansas tax revenue was 2.5 percent higher than November 2021. Collections for fiscal year 2023 after five months are 5.4 percent greater than the prior year.

Tax reports from the State of Kansas for November 2022 show tax revenues falling from the previous month and higher than the same month the prior year.

For fiscal year 2023, which started on July 1, 2022 and ends with June 2023, total tax collections are higher by 5.4 percent over the previous fiscal year. Table 2 shows these figures. 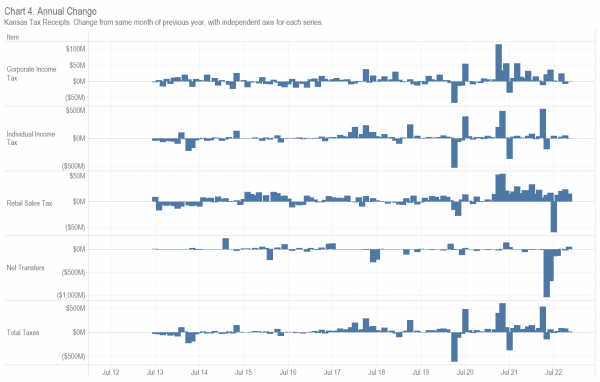 Kansas tax revenues continue to outperform estimates. When the line is above zero in nearby chart 5a, actual revenue was greater than the estimate, and the line is nearly always positive for the past five years or so. Estimates are important because the legislature uses them to make spending decisions. Beyond that, the variance between actual revenue and the estimate doesn’t have much meaning. The governor uses a positive variance as a sign of economic success, remarking in her press release for October: “Governor Laura Kelly today announced that October’s total tax receipts were $740.1 million — 11%, or $73.2 million, above the estimate, and $77.4 million, or 11.7%, more than October of last year. October marks the 27th month in a row in which the state has exceeded its estimated collections … For four years, my administration has worked relentlessly to help businesses grow and succeed, create quality jobs, and get our state back on track.” But this is incorrect. It just as easily means the estimates are wrong, possibly for reasons other than the inherent difficulties of making estimates. 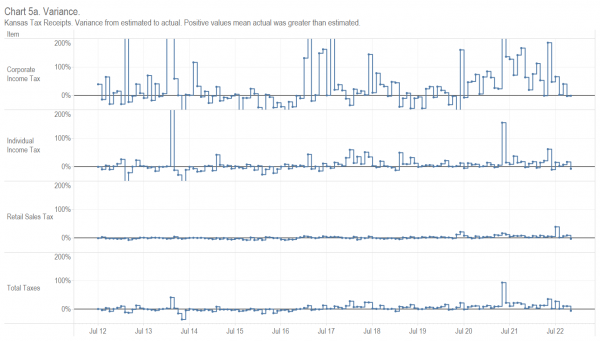 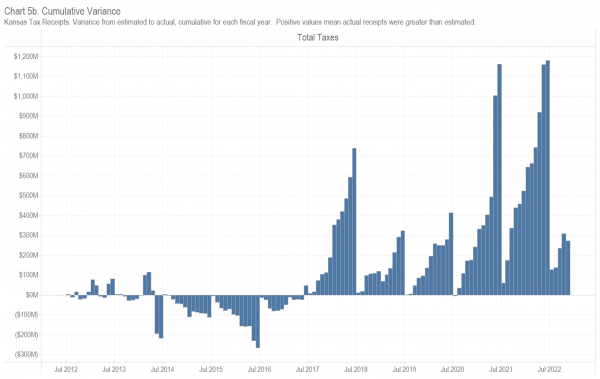 The governor’s press release on this topic is here. The report from Kansas Legislative Research Department is on this page. It also holds a Quarterly Economic Indicators Report. 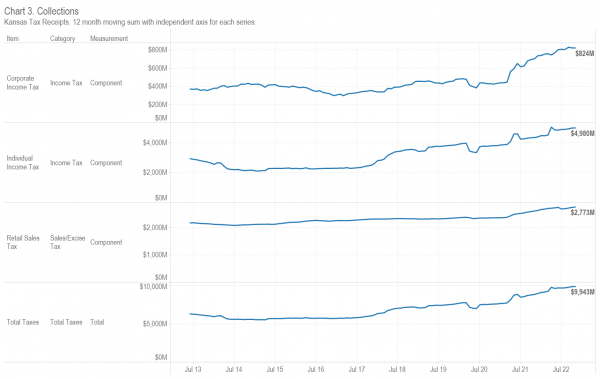