Did Trump Fill the Oil Reserve?

Contrary to his claim, the level of the Strategic Petroleum Reserve fell during Donald J. Trump’s term.

In his campaign announcement speech, Donald J. Trump boasted of filling the Strategic Petroleum Reserve (SPR): “As we speak, inflation is the highest in over 50 years, gas prices have reached the highest levels in history, and expect them to go much higher now that the strategic national reserves, which I filled up, have been virtually drained in order to keep gasoline prices lower just prior to the election.” (1)https://www.rev.com/blog/transcripts/former-president-trump-announces-2024-presidential-bid-transcript

Just so we know the facts:

So the level of the SPR fell by 56,992 barrels, which is 8.2 percent of the Trump administration starting level. This is according to the U.S. Energy Information Administration, which is part of the U.S. Department of Energy. 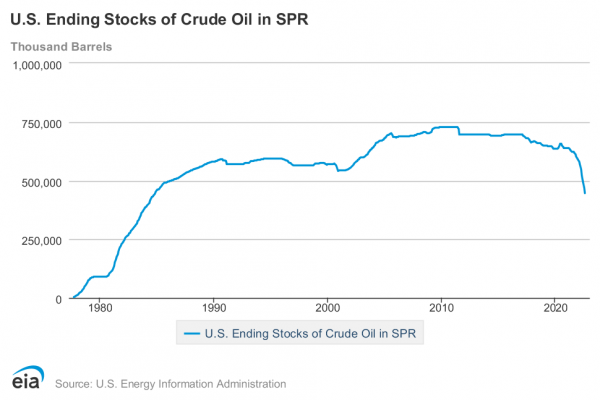