Employment in large counties, including Sedgwick County and others of interest.

The source of this data is the Quarterly Census of Employment and Wages conducted by the Bureau of Labor Statistics, an agency of the United States Department of Labor.

The nearby chart 5b shows employment for a quarter, the change from the previous quarter, and the change from the same quarter one year ago. This example shows data for the second quarter of 2022, which was released this week. The counties shown in this chart are of particular interest to Wichita and Sedgwick County. Some are nearby, while some are counties holding cities Wichita leaders visited as part of a city-to-city visit program. (Click charts for larger versions.) 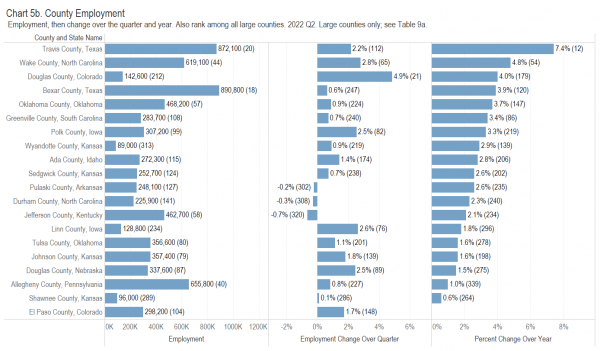 Chart 5a is similar to 5b but covers a variable time span. The nearby examples holds the same counties as above for starting in 2010 quarter one. It presents counties in order of percent change over this period. 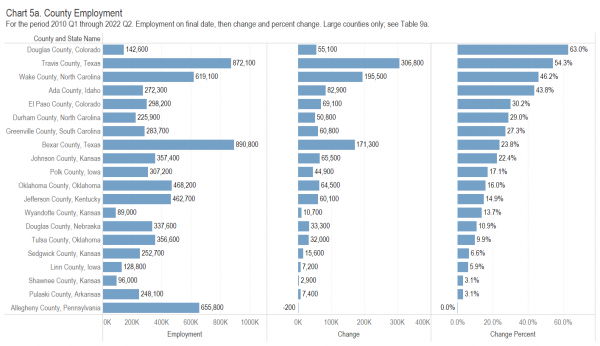 To learn more about this data and use this visualization, click on Visualization: Large County Employment, Establishments, and Wages.