Update: The bill has been referred to another committee, and the February 19 hearing is canceled. 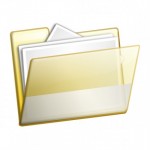 Despite the City of Wichita’s support for government transparency, citizens have to ask the legislature to add new law forcing the city and its agencies to comply with the Kansas Open Records Act.

Open records laws allow citizens to ask government agencies for records. While these laws are valuable, we find that in practice governmental agencies find many ways to avoid filling records requests. Because the City of Wichita does not live up to the standards of open government — even through it proclaims its support for government transparency — citizens are working to have the law changed.

Locally, the City of Wichita is proud to be an open and transparent governmental agency, its officials say. Wichita Mayor Carl Brewer often speaks in favor of government transparency. For example, in his State of the City address for 2011, he listed as an important goal for the city this: “And we must provide transparency in all that we do.” When the city received an award for transparency in 2013, a city news release quoted Wichita City Manager Robert Layton:

Contrary to what the mayor and manager say, when we look at some specific areas of government transparency, we find that the city’s efforts are deficient. That’s a problem, because citizen watchdogs and journalists need access to records and data.

The City of Wichita has created several not-for-profit organizations that are controlled by the city and largely funded by tax money. The three I am concerned with are the Go Wichita Convention and Visitors Bureau, Wichita Downtown Development Corporation, and Greater Wichita Economic Development Coalition.

I have asked each organization for checkbook-level spending data. Each has refused to comply, using the reasoning that they are not “public agencies” as defined in the Kansas Open Records Act. But consider the WDDC: At the time I made my records request, its percent of revenue derived from taxes was well over 90 percent in every year but one. In many years the only income WDDC received was from taxes and a small amount of interest earned.

The Wichita city attorney backs these organizations and their interpretation of the law. So do almost all city council members. After 14 months investigating this matter at my request, the Sedgwick County District Attorney agreed with the city’s position.

So what is the next step? The Kansas Attorney General is of no help in this matter. His office refers all cases to the local District Attorney. That’s a problem right there, and there is some talk that the AG may open a small bureau to work with records requests problems.

One course of action open to me as a citizen watchdog is to raise thousands of dollars to fund a lawsuit. The irony of this is that citizens will find their own tax dollars being used against them as the city and other agencies defend secrecy.

But that didn’t work. The true attitude of the city was expressed eloquently by Wichita Vice Mayor Pete Meitzner last month in a television news story about the inability of citizens to see how their money is being spent by these organizations. Meitzner said “The public doesn’t need to know about day-to-day spending.”

The vice mayor also told the reporter that these organizations have review boards. Therefore, citizen oversight is not necessary. These boards, however, are usually filled with insiders whose interests may not be aligned with the interests of citizens and promoting good government.

Another course of action is to change the law, and that’s what I and others are trying to do. This week a committee of the Kansas House of Representatives will hear testimony on HB 2567, which will expand the definition of public agency.

The proposed law contains this additional definition: “Further, on and after July 1, 2014, ‘public agency’ shall include any nonprofit organization supported in whole or in part by public funds, which organizations are engaged in economic development, tourism or general marketing activities for the state or any political or taxing subdivision of the state or any office, officer, agency or instrumentality thereof.”

This language, if passed into law, would appear to bring the three problematic agencies under the Kansas Open Records Act. That doesn’t mean that they’ll have to turn over all and any records that are asked for, as the Kansas Open Records Act contains many exclusions. But we should be able to get spending data and other records that will help citizens oversee the operation of their government and the spending of tax dollars.

It’s a little distressing that citizens have to pass new legislation in order to get government to behave well. Citizens have to resort to these measures even though city leaders say they value open and transparent government.

Following is the testimony I will deliver this week.

Chairman Kinzer and members of the Committee:

Thank you for this opportunity to present testimony in support of HB 2567, regarding the Kansas Open Records Act.

Cities and other local governmental bodies have set up non-profit organizations to conduct business such as economic development. These agencies, as in the case of the Wichita Downtown Development Corporation, may in some years receive as much as 98 percent of their revenue from taxation. They often have only one client, that being the governmental agency that provides their tax revenue. They perform functions that are governmental in nature. Yet the Sedgwick County District Attorney says they are not public agencies for purposes of the Kansas Open Records Act. Based on that, these agencies, particularly the WDDC, have refused to fulfill my records requests. This flies in the face of the Legislature’s declared intent in the preamble of the Act: “It is declared to be the public policy of the state that public records shall be open for inspection by any person unless otherwise provided by this act, and this act shall be liberally construed and applied to promote such policy.”

There can be large amounts of money involved. The City of Wichita may soon add a 2.75 percent tax to hotel bills as a “City Tourism Fee.” These new taxpayer-provided funds, estimated at $2.5 million per year, would be spent by Go Wichita Convention and Tourism Bureau. This agency, despite receiving nearly all its revenue from taxation, maintains that it is not a public agency as defined by the Kansas Open Records Act. It refused to fulfill my records request.

Citizen watchdogs and journalists need the ability to examine the spending of tax money. When government creates quasi-governmental bodies that are almost totally funded through taxes and then refuses to disclose how that money is spent, we have to wonder why the city doesn’t want citizens to know how this money is spent.

Recently the vice mayor of Wichita told a television news reporter that these organization have review boards. Therefore, citizen oversight is not necessary. These boards, however, are usually filled with insiders whose interests may not be aligned with the interests of citizens and promoting good government.

There is much that Kansas can, and should do, to strengthen its Open Records Law to give citizen watchdogs and journalists better access to records and documents. Restricting the ability of local governments to erect a protective wall under the guise of non-profit corporations that are almost totally funded by taxation is an important step.

I have additional information about the Kansas Open Records Act and its problems at wichitaliberty.org/open-records.