The relevance of income tax rates 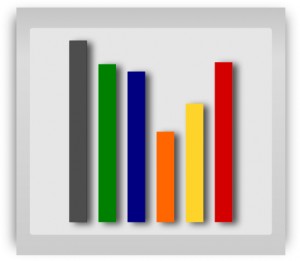 Jim Pinkerton, the journalist, Fox News contributor, and co-founder of the RATE (Reforming America’s Taxes Equitably) Coalition told an audience this: “The purpose of high taxes on the rich is not to get the rich to pay money, it’s to get the middle class to feel better about paying high taxes.”

Pinkerton was speaking last week at a conference titled “The Tax & Regulatory Impact on Industry, Jobs & The Economy, and Consumers” produced by the Franklin Center for Government and Public Integrity. His remarks, as he told the conference attendees, were based on the work of economist F.A. Hayek. Others have also noted that changes to marginal tax rates often have little impact on the amount of taxes actually paid. The top marginal tax rate — that’s the rate that applies to high income earners on most of their income — was above 90 percent during most of the 1950s. From 2003 to 2012 it was 35 percent, and is now 39.6 percent.

The top marginal tax rate is the rate that applies to income. It’s not the same as what is actually paid. This fact is unknown or ignored by those who clamor for higher taxes on the rich. They often cite the rising prosperity of the 1950s as caused by the high marginal tax rate in effect at the time.

A common mistake is equating tax rates with the tax actually paid. For many taxpayers, there is a direct relationship. For those who earn a paycheck, there’s not much they can do to change the timing of their income, find tax shelters, or shift income to capital gains. When income tax rates rise, they have to pay more. But rich people can use these (and other) strategies to reduce the taxes they pay.

In The purpose of high tax rates on the rich I showed that despite wide fluctuations in the top marginal tax rate, the tax revenue collected since World War II is remarkably constant, when measured as a percent of gross domestic product.

This is not the only way to consider the effect of tax rates. Using data from the Internal Revenue Service and Congressional Budget Office, I developed two charts. One shows the share of total federal taxes paid by top income earners, in this case the top five percent and the top one percent. For the range of years for which CBO provides data, the top marginal income tax rate has varied widely and has mostly fallen, and the share of federal taxes paid by top income earners has risen slightly.

As Pinkerton told the Franklin Center conference attendees, high tax rates make the middle class feel better about paying their own taxes. They may take comfort in the fact that someone else is worse off — that rich people are paying higher tax rates. But as the data shows, it’s a misconception that high tax rates mean rich people actually pay taxes at correspondingly higher rates.