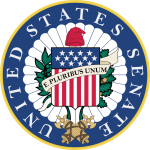 In 2006, then-Senator Barack Obama was critical of raising the debt ceiling in order to allow the U.S. to borrow additional funds, a contentious issue that we are facing again. I present his full remarks here, and they are often excerpted thusly:

The fact that we are here today to debate raising America’s debt limit is a sign of leadership failure. It is a sign that the U.S. Government can’t pay its own bills. It is a sign that we now depend on ongoing financial assistance from foreign countries to finance our Government’s reckless fiscal policies. … Increasing America’s debt weakens us domestically and internationally. Leadership means that “the buck stops here.” Instead, Washington is shifting the burden of bad choices today onto the backs of our children and grandchildren. America has a debt problem and a failure of leadership. Americans deserve better.

So where can we go to view the future president’s speech on this topic?

The answer is: Nowhere.

Senator Obama never spoke these words on the floor of the United States Senate. Instead, he just mailed it in, submitting his text to be inserted in the Congressional Record.

In the printed Congressional Record, the next item is Obama starting his “speech” with “Mr. President, I rise today to talk about America’s debt problem.”

But in the video from the C-SPAN video library (see below), Obama doesn’t appear. That’s because he never spoke these words on the Senate floor.

While members may insert written material in the record — that’s what Obama did — it would be nice if there was a way to distinguish between actual floor proceedings and written material submitted for inclusion.

By the way, Snopes gets this wrong. It explains: “In 2006, then a freshman senator from Illinois, Barack Obama made the remarks attributed to him above during discussion in the U.S. Senate prior to the call for votes on raising the debt limit. … The shortened quote now attributed to him is a verbatim capture of the opening and closing paragraphs of his remarks of 16 March 2006.”

The Washington Post Fact Checker thought it was a speech too, in its article Annotating Obama’s 2006 speech against boosting the debt limit.