Cronyism and other problems in Wichita 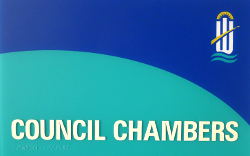 Someone asked for a collection of articles about cronyism and other problems with Wichita city government. Here are a few.

Exchange Place still not good for Wichita, others
The Wichita City Council will consider a redevelopment plan for the Exchange Place project in downtown Wichita. Despite having shed the problems with the former owners, the project has become an even worse deal for the taxpayers of Wichita, Kansas, and the nation. Those looking for jobs and for investment capital to meet consumer demands are worse off, too. Article here.

Wichita performs a reference check, sort of
Citizens of Wichita are rightly concerned about whether our elected officials and bureaucrats are looking out for their interests, or only for the interests and welfare of a small group of city hall insiders. Read here or watch video here.

Wichita City Council makes an economic decision
Last year the Wichita City Council was faced with a decision regarding a program designed to stimulate the sales of new homes. Analysis revealed that even though the city had an opportunity to make an investment with a purportedly high return on investment, it would be better off, dollar-wise, if it did not make the investment. What did the city council do? This video explains the decision the council faced. More information is at Wichita new home tax rebate program: The analysis and Wichita HOME program has negative consequences.

Fish, sauce, and the law: You make the call
Should Wichita Mayor Carl Brewer vote on an upcoming issue before the Wichita City Council? The City of Wichita code seems to say he should not vote, but the Wichita City Attorney says the law doesn’t apply. This short video explains the issues. For more on this issue, see Wichita city code seemingly ignored.

Where is the downtown Wichita tax base?
There’s been much investment in downtown Wichita, we’re told, but the goal of increasing the tax base is farther away rather than closer. Assessed value is falling despite hundreds of millions of public and private investment. Article here.

The speck and the logs
What can we say about a mayor who is concerned about the appearance of impropriety when shopping for his personal automobile, but is not able to understand the problems with his own behavior in office? Article here.

Wichita mayor said to be ‘under lockdown’
When Wichita ABC affiliate KAKE Television ran a news story critical of Wichita Mayor Carl Brewer, reporter Jared Cerullo wasn’t able to interview Brewer to get his reaction to his critics. The mayor refused to talk to Cerullo. Former KAKE news anchor Jeff Herndon said that KAKE has “repeatedly” tried to get an on-camera interview with Brewer. But the mayor is always busy, Herndon said: “They’ve got him on lockdown. He’s not going to answer that.” Article and audio here.

Wichita: No such document
When asked to provide documents that establish the city’s proclaimed policy, Wichita city hall is not able to do so, leaving us to wonder just how policy is made. Article here.

Is graft a problem in Wichita?
In his paper “History and Constitutionality of Pay-to-Play Campaign Finance Restrictions in America” Greg Schmid explains the problems that result from the “soft corruption” that pay-to-play laws combat. Is this a problem in Wichita? Is it possible that “Graft takes the collective wealth of working taxpayers and transfers that wealth to the benefit of corrupt government officials and their private sector accomplices” in Wichita? Article here.

Downtown Wichita economic development numbers questioned
When the Wichita City Council recently received the 2012 Project Downtown Annual Report, a city council member took the opportunity to question and clarify some of the facts and figures presented in the report. Article and video here.

In Wichita, Jeff Longwell has the solution to cronyism
At a recent Wichita City Council meeting, Council Member Jeff Longwell (district 5, west and northwest Wichita) was critical of topics broached by two speakers, admonishing them to “take a different approach.” Article and video here.

Wichita WaterWalk apartment deal not good for citizens
In 2009, after DeBoer took over the management of WaterWalk, the Wichita Eagle reported: “‘I’m not going down to City Hall with my hand out,’ DeBoer said. ‘I can’t. The city has put their money in it, and I’m happy with that. We’ve put a lot of our own money in and that’s OK. Now, time to deliver.’” Leasing land worth $479,000 or $1,153,344 for one dollar per year: To me, that smells like a handout. It doesn’t sound like delivering on promises. Article here.

In Wichita, a problem with government ethics
I appeared on the KAKE Television public affairs program This Week in Kansas and explained the recent incidents that ought to cause Wichitans and Kansans to insist on reform regarding government ethics. Article and video here.

Wichita’s bailout culture
The Wichita City Council will consider a bailout of a real estate development. If the council takes this action, it is one more step in a series of bailouts granted by the city, and it sets up expectations that the city will continue bailouts, creating a severe climate of moral hazard. Article here.

In Wichita, pushing back against political cronyism
Usually, winning an election is a happy time. In most elections the winning side is happy because they elected a candidate to office who they feel has the better ideas. I’m glad we won. But my happiness is tempered by the realization that we simply prevented something bad from happening in Wichita. Article here.

No-bid contracts a problem in Wichita
Wichita Eagle reporting by Bill Wilson uncovers a problem with no-bid contracts for construction projects in Wichita. Fortunately, the city manager recognizes the problem and will propose a partial solution. Article here.

Kansas needs pay-to-play laws
In the wake of scandals some states and cities have passed “pay-to-play” laws. These laws may prohibit political campaign contributions by those who seek government contracts, prohibit officeholders from voting on laws that will benefit their campaign donors, or the laws may impose special disclosure requirements. Article here.

For Wichita city hall, ethics again an issue
Reports that the Wichita city manager’s fiancee is involved with a group seeking approval from the city for a project indicate that the city’s perspective on ethics could use reform. Article here.