Campaigning on Wichita as recession-proof

The City of Wichita and Mayor Jeff Longwell shouldn’t be using flimsy evidence that is contrary to actual economic data.

Earlier this year Wichita city officials promoted an article that praised the Wichita economy. 1 A tweet came from the official @CityofWichita Twitter account and reads “We have been named one of the top two recession-proof cities in the nation by @Livability. Wichita was praised for its ability to withstand turbulence in the national economy, steady job growth and the state’s low income-to-debt ratio.” 2 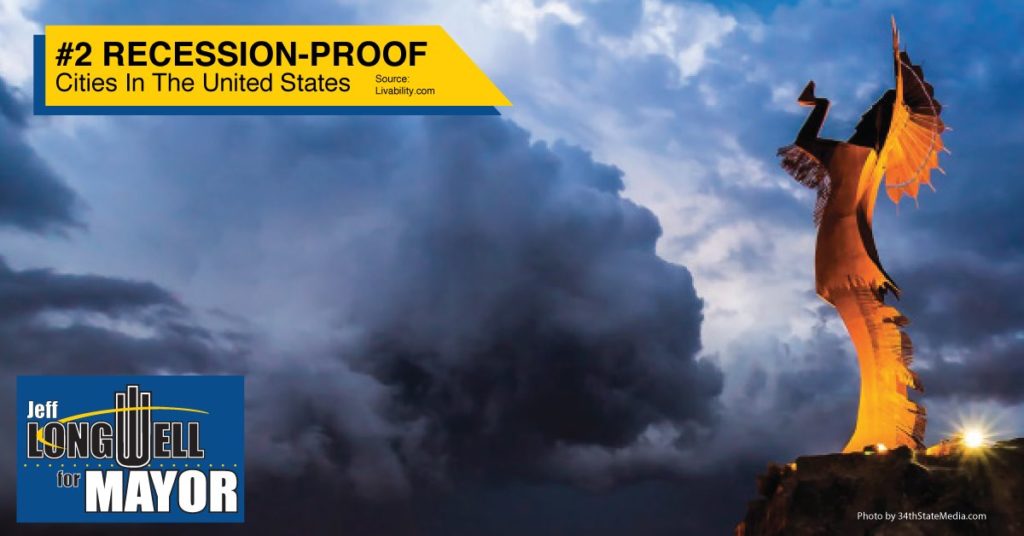 Now Wichita Mayor Jeff Longwell is using this in his campaign to be reelected mayor.

Here are two charts of actual economic data. The first chart shows the change in real gross domestic product for the Wichita metropolitan statistical area and the nation.

Notice that since the Great Recession ended in 2009, there have been three separate years in which Wichita GDP declined. Since a recession is defined as a period of declining GDP, Wichita is obviously not recession-proof.

As for “steady job growth,” here is a chart of annual job growth for the Wichita metropolitan statistical area and the nation.

Since the end of the Great Recession, there have been two years in which Wichita lost jobs while the nation was gaining jobs. This happened most recently in 2017, while Longwell was mayor. Since the end of the Great Recession, Wichita has created jobs at a much slower pace than the nation. Wichita has been doing better last year and this year, although recent months have shown a loss of jobs. 3