Wichita justifies its use of targeted economic development incentives by citing benefit-cost ratios that are computed for the city, county, school district, and state. If the ratio exceeds a threshold, the project is deemed worthy of investment. 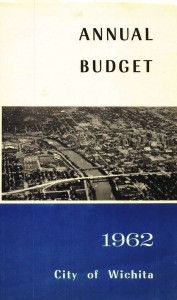 The process assumes that these benefit-cost ratios are valid. This is far from certain, as follows:

1. The benefits in the calculation are not really benefits. Instead, they’re in the form of projected higher tax revenues collected by governments. This is very different from the profits that private sector companies earn from their customers in voluntary market transactions.

2. Even if government collects more tax by offering incentives, it should not be the goal of government to grow just for the sake of growing.

3. Government claims that in order to get these “benefits,” incentives are necessary. But often the new economic activity (relocation, expansion, etc.) would have happened without the incentives.

5. If the relatively small investment the city makes in incentives is responsible for such wonderful outcomes in terms of jobs, why doesn’t the city do this more often? If the city has such power to create economic growth, why is anyone unemployed?