In Wichita, there’s no option for dissent

Earlier this year the City of Wichita rolled out Activate Wichita, described as a virtual town hall.

Those who participate will find that the system offers voting choices that definitely influence responses in one direction. Whether this means the data gathered by the system is meaningful and relevant is not known, but its utility certainly should be questioned.

Two of the steps in the process, according to the site, are “Community leaders establish topics and ask for ideas” and then “Community members add ideas, upload photos, add comments and support ideas.”

An example idea is “Increase funding through sales tax or KS income tax,” which is an idea someone submitted under the topic “What resources for children would you like to see at your Public Library?” 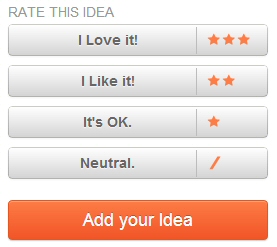 Users of the site can then use a voting system to express approval or — well, that’s the problem. There’s no voting option for expressing disagreement or disapproval with an idea. “Neutral” is as much dissent as Wichitans are allowed to express in this system.

Here are some other ideas users have submitted in response to various topics:

Some of ideas these are harmful to personal liberty and economic freedom. When the city learns, for example, that people support smart controllers, it implements a plan that forces people to pay for others to buy them. That’s the city’s $1 million rebate plan that forces you to pay higher water rates — in essence higher taxes — so that others can be paid $100 to install low-flush toilets and other water-saving appliances.

And implementing urban growth boundaries: This is very harmful idea that strips away the freedom to use your property, and it forces congestion and higher land prices on a city.

On the Wichita system for gathering citizen input, there needs to be a voting selection that expresses disagreement or disapproval with an idea. Otherwise when votes are tallied, the worst that any idea can be is “neutral.” City planners may get a false impression that all these ideas are fine and dandy, that the city is, indeed, a bright and sunshiny place.