Longwell: ‘There is no corruption’

Wichita Mayor Jeff Longwell says there is no corruption involving him, but this is only because of loose and sloppy Kansas and Wichita laws.

In an advertisement in the November 3, 2019 Wichita Eagle, Wichita Mayor Jeff Longwell defended himself against charges of corruption. Referring to a recent investigation by the Sedgwick County District Attorney, the ad states:

Here’s what the District Attorney found in his investigation:

Given the failure of Kansas Statutes Annotated 75-4301a to define “good or services,” the Mayor explained to an investigator with the Office of the District Attorney that he did not believe a round of golf constituted “goods or services.” He further explained that charitable golf outings where the entire expenditure went to charity (situations where the golf course donated their greens fees to the charity) led him to the conclusion that, because the charity received the entire donation, the golfers (including him) derived no financial benefit. As such, he did not believe it necessary to report these outings on his substantial interest form. 1

This reasoning by Longwell is hairsplitting to the extreme. What’s important is that Longwell accepted gifts from people he later steered a large city contract to. However large or small the gifts, this is wrong.

In his conclusion, the District Attorney wrote:

And while I am confident, having exhaustively researched the issue, that, as an act of entertainment, golf qualifies as “goods or services” under Kansas law, it is also true that Kansas Statutes Annotated 75-4301a, et seq., governing Substantial Interest Form filings, offers little guidance. I am not filing a class B misdemeanor under these facts.

It seems that sloppy Kansas laws are the problem, along with a mayor willing to exploit that weakness.

Does the city have any laws or regulations on this matter? Here’s an excerpt from the Wichita city code as passed in 2008 (full section below):

We also have statutory language that reads “business associates, customers, clients, friends and competitors.” But the city attorney, in a question involving former mayor Carl Brewer, felt that these terms are not defined, and therefore the mayor and city council members need not be concerned about compliance with this law. 2 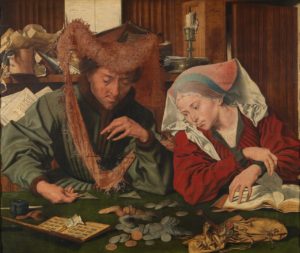 Today, city hall ethics, at least in the mayor’s chair, have not improved. It’s reasonable to conclude that people who pay the mayor to play in expensive golf tournaments are his friends. People who pay for dinner for the mayor and his wife and describe it as a social gathering (as the district attorney found) are friends. Or, maybe they just want something from the mayor and see an ersatz social relationship as a means to an end. But as we’ve learned recently, the current city attorney says council members “are left to police themselves on that city law,” according to Wichita Eagle reporting. 3

Is it true, as the mayor’s ad screams in capital letters?

THERE IS NO CORRUPTION LIKE YOU’VE BEEN LED TO BELIEVE

There is none, but only because of sloppy Kansas and Wichita laws. But under any commonsense definition, yes, there is corruption. It is not necessary for an act to be illegal to be corrupt; that it is dishonest or fraudulent conduct is enough.

Should Longwell be re-elected, can we expect reform? I don’t think it’s likely that someone will support laws criminalizing their own past behavior.