The proposed Wichita sales tax does little to address the city’s delinquent infrastructure maintenance gap. Despite this, there are rumors of another sales tax next year for quality of life items.

Earlier this year the steering committee for the Wichita/Sedgwick County Community Investments Plan delivered a report to the Wichita City Council. The report contains facts that are relevant to the proposed Wichita one cent per dollar sales tax. Voters will decide on this in November.

The most important thing Wichita voters need to know that the city is delinquent in maintaining the assets that taxpayers have purchased. The cost to remedy this lack of maintenance is substantial. On an annual basis, Wichita needs to spend $180 million on infrastructure depreciation/replacement costs. Currently the city spends $78 million on this, the presentation indicates.

The “cost to bring existing deficient infrastructure up to standards” is given as an additional $45 to $55 million per year.

How does this relate to the proposed sales tax? Of the funds the sales tax is projected to raise over five years, $27.8 million is allocated for street maintenance and repairs. That’s $5.6 million per year. 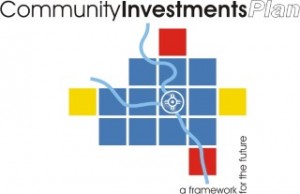 What will the city do about this deficiency? Is it likely that Wichitans will be asked to provide additional tax revenue to address the city’s deficient infrastructure? So far, city hall hasn’t asked for that, except for recommending that Wichita voters approve $5.6 million per year for streets from a sales tax.

But if we believe the numbers in the Community Investments Plan, we should be prepared for city hall to ask for much more tax revenue. That is, if the city is to adequately maintain the things that taxpayers have paid to provide.

Besides this maintenance backlog, there are other calls for new city spending.

Earlier this year the city council considered various proposals for spending a new source of tax money. Four survived the discussion and will be the recipient of sales tax funds, if Wichita voters approve. Those needs are a new water supply, jobs and economic development, transit, and street maintenance and repair.

There were proposals that did not make the, generally in the category of “quality of life” facilities. These include a new convention center, new performing arts center, new central library, newly renovated Lawrence-Dumont Stadium, renovation of the Dunbar Theater, renovation of O.J. Watson Park, and help for the homeless.

Evidently there are many who are not happy that these proposals will not receive sales tax money. Rumors afloat that groups — including city officials — are plotting for another sales tax increase to fund these items.

People are rightly concerned that even though the proposed Wichita sales tax ordinance specifies an end to the tax in five years, these taxes have a way of continuing. The State of Kansas recently had a temporary sales tax. It went away, but only partly. The Kansas state sales tax rate we pay today is higher than it was before the start of the “temporary” sales tax.

But the people who want to spend your tax dollars on these “quality of life” items aren’t content to wait five years for the proposed sales tax to end before asking for their share of sales tax revenue. They are plotting to have it start perhaps one year from now.

These are things that Wichita voters need to consider: There is a backlog of maintenance, and there is appetite for more tax revenue so there may be more government spending. Even if the sales tax passes, these remain unfulfilled.