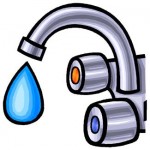 As part of the Community Investments Plan process, citizens have told the City of Wichita they’re concerned about future water supply.

Through both the mailed survey and direct feedback obtained in citizen forums, creating a reliable source of water was the top priority, according to city documents released this week.

Those who have been paying attention might be surprised that there is a water crisis, and that citizens are concerned. That’s because when Bob Knight was mayor, he was told that Wichita had sufficient water for the next 50 years. That was about ten years ago.

More recently, the city prepared a document last March titled Wichita Area Future Water Supply: A Model Program for Other Municipalities. It touts an expensive investment that is part of a “plan to ensure that Wichita has the water it needs through the year 2050 and beyond.”

The project boasted of is the City of Wichita Aquifer Storage and Recovery Program or ASR. Its cost, so far for Phases I and II, is $247 million. Two more phases are contemplated.

Reading the document, published just last spring, one might be led to believe that everything is fine, water-wise: “In 1993 the Wichita City Council adopted an Integrated Local Water Supply Plan that identified cost effective water resources that would be adequate to meet Wichita’s water supply needs through the year 2050.”

But this month the Wichita Eagle reported “Wichita’s $240 million aquifer storage and recovery program — promoted to taxpayers in the early 1990s as a way to supply the city with water for 50 years — could soon be relegated to serving as a bit player in the city’s long-term water future.”

Later in the same article, the newspaper reported “The ASR project has been plagued by problems, city officials said, including equipment failures and a significant drought that idled the project because of low water levels in the Little Arkansas River.”

Despite this investment on nearly one-quarter billion dollars, and despite the plan’s boasts, Wichitans have been threatened with huge fines for excessive water usage. The Wichita City Council forced citizens to spend up to $1 million so that other people may install low-water usage appliances, and city decorative fountains were dry for a time in an effort to save water. Fortunately, not all the potential rebates were claimed.

Last summer there was severe drought for a time, and it was easy to attribute Wichita’s water problems to that lack of rain. But that’s not the message we’re getting now.

It appears that the plans the city made for a future water supply were not adequate, and the spending to implement the plan has been, largely, wasted.