Wichita Chamber of Commerce: Why these panelists? 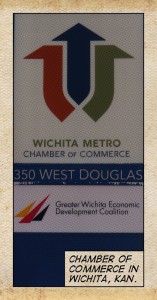 Last week the Wichita Metro Chamber of Commerce conducted a panel discussion about economic development and job creation in Wichita. The experts selected as panelists tells us a lot about why the Wichita economy has suffered.

In case anyone is not aware of the performance of the Wichita-area economy, the Wichita Eagle reported “Exhibit No. 1 in their presentation was a Chamber of Commerce chart showing that, five years after the recession ended, Wichita had regained few, if any, jobs from the depths of the economic downturn — while other cities across the region have rebounded strongly.” (Wichita must step up efforts to attract jobs, civic leaders say, Thursday, February 6, 2014)

On the same event, the Wichita Business Journal reported “But the luncheon opened with a somber look at Wichita’s ranking among peer cities in the Midwest region. The chart shows Wichita area employment growth since January 2005 well below the other cities, barely above its 2005 employment.” (Chamber luncheon speakers: Wichita needs to compete better for jobs)

The news about the poor performance of Wichita in this regard is no surprise to readers of this site, although I’m not sure that those in charge, such as Wichita Mayor Carl Brewer, believe the numbers. Brewer, along with Dave Unruh and Chamber president Wayne Chambers were the three panelists on Wichita economic development.

What is surprising is that Brewer and Unruh were selected as experts in this field, given the city’s poor performance and the tenure of these two leaders. Brewer has been mayor for nearly seven years, and has served on the city council 2001. Unruh has been in office since 2003, and has been chair of the commission several times, as he is currently.

Brewer — after 13 years holding city office — had this to say, according to the Eagle: “Brewer said the Wichita City Council will look at the results of a recent community engagement survey to see how high a priority to place on economic development.”

Imagine that. Our city’s longtime leader, as he enters the last year of his mayorality: Now he’s going to get serious about economic development, and will do so by relying on a citizen survey.

To use interactive visualizations that explore the Wichita economy, see Wichita’s growth in gross domestic product and For Wichita’s economic development machinery, failure.