Proceedings of a recent Wichita City Council meeting are instructive of the factors citizens should consider if they want to interact with the council and city government at a public hearing.

At the June 17, 2014 meeting of the Wichita City Council, one agenda item was a public hearing to consider adding a property to the city’s facade improvement program. Susan Estes of Americans for Prosperity-Kansas appeared before the council during the hearing to express concern that a member of AFP (me) had made a request for information on the item, but had not received the information by the time of the public hearing. Background on my request and its importance to public policy can be found at In Wichita, a public hearing with missing information. Video of this meeting is below, or click here to view at YouTube.

From the bench, Council Member Pete Meitzner (district 2, east Wichita) said that this 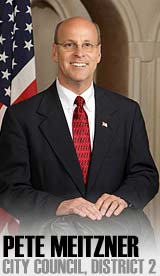 item had been “discussed in length last week,” referring to what would be the June 10, 2014 meeting. A reading of council agendas and minutes shows that it was actually at the June 3 meeting when the item was presented. Further, the June 3 matter was a different item. It’s a small detail, but the purpose of the June 3 item was to approve and accept the property owners petition and set the date for a public hearing. That public hearing was held on June 17.

At the June 3 meeting, contrary to Meitzner’s assertion, there was no substantive discussion on this item except for the presentation by city staff. There really was no need for discussion at that time, as the purpose of the agenda item was to accept the petition and set a date for a public hearing. If the petition is valid in its form, I don’t believe the council has any choice but to accept it and set a date for a public hearing. The purpose of the public hearing is to, naturally, hear from the public.

At the June 17 meeting during the public hearing, Meitzner questioned Estes and city staff. He asked if there was a “gap analysis” performed on all special assessments the city establishes. When told no, he asked 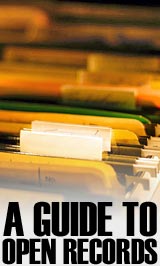 why is the gap analysis needed for this project and not for others. The assistant city manager explained that it is required for economic development projects like the one under consideration today, but not for others.

Questioning at the meeting also revealed that there are legal issues regarding whether the gap analysis can be disclosed to the public. The city has told me it will respond to my request for the document by June 20. The city is treating my friendly request for the document as a request made under the Kansas Open Records Act. That law is permeated with loopholes and exceptions that give government many pretexts to avoid disclosure of documents.

The meeting also featured an impassioned attack on Estes and her allies from a citizen speaker. The attack was based on incorrect information, as was explained to the citizen in the meeting.

What citizens can learn from this meeting

If you don’t ask for information on a schedule that pleases the city council, you may be criticized by multiple council members.

Council members may criticize you based on incorrect facts.

Council members may grill you based on their lack of knowledge of — or incorrect understanding of — city policy.

If you ask for information from the City of Wichita, but don’t also ask for the same from other jurisdictions, a city council member may seek to discredit you.