The Wichita City Council regularly awards economic development incentives. Are these incentives helpful, or not? 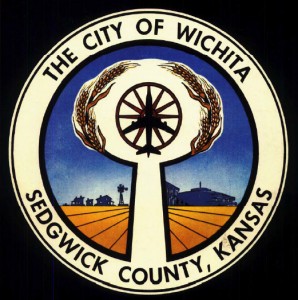 The amount of the proposed bond issue was $49,000,000. The purpose of these IRBs is to allow the recipient to escape the payment of property taxes, and often sales taxes too. This action by the council may exempt up to $49,000,000 of property from taxation, both ad valorem (property) and sales. A 100 percent exemption is proposed for five years, plus a second five years if conditions are met.

The city uses benefit-cost ratios to justify its expenditures on economic development incentives. The reasoning is that by spending cash (such as on a forgivable loan) or forgiving taxes (as in the current case), the city (and county, state, and school district) gain even more than they give up. Generally, Wichita requires a benefit-cost ratio of 1.3 to 1 or better, although there are many exceptions and loopholes that are used if a potential deal doesn’t meet this criteria.

The council’s agenda packet gives benefit-cost ratios for the various taxing authorities, but it doesn’t list the dollar amounts of the tax abatements. Usually these dollar amounts are supplied.

It’s important to note that the benefits claimed from the IRBs are in the form of increased taxes paid.

The harm of this incentive is that the taxes not paid by Spirit Aerosystems are shifted to other taxpayers. The money these taxpayers would have spent or invested is instead spent on taxes. Instead of people and businesses firms deciding how to spend or invest, Wichita City Hall does this for them. This brings into play a whole host of problems. These include the deficit of knowledge needed to make good investment decisions, decisions being made for political rather than economic reasons, and the corrosive influence of cronyism.

There is something the city could to do alleviate this problem. Would the city consider reducing its spending by the amount of tax being abated? In this case, the cost of these tax abatements will not be born by others. So far, the city has not considered this possibility.

Recent reporting told us what some have suspected: The city doesn’t manage its economic development efforts. One might have thought that the city was keeping records on the number of jobs created on at least an annual basis for management purposes, and would have these figures ready for immediate review. But apparently that isn’t the case.

We need to recognize that because the city does not have at its immediate disposal the statistics about job creation, it is evident that the city is not managing this effort. Or, maybe it just doesn’t care. This is a management problem at the highest level. Shouldn’t we develop our management skills of tax abatements and other economic development incentives before we grant new?

Despite the complaints of many that Wichita doesn’t have a rich treasure chest of incentives, the city has been granting tax abatements for years. What is the result? Not very good. Wichita is in last place in job creation (and other measures of economic growth) among our Visioneering peer cities. See here Wichita and Visioneering peers job growth.

If we believe that incentives have a place, then we have to ask why Wichita has done so poorly.

Particularly relevant to this applicant today: Boeing, its predecessor, received many millions in incentives. After the announcement of Boeing leaving in 2012, a new report contained this: “‘They weren’t totally honest with us,’ said [Wichita Mayor Carl] Brewer of Boeing, which has benefited from about $4 billion of municipal bonds and hundreds of millions of dollars in tax relief. ‘We thought the relationship was a lot stronger.'” Has anything changed?

A few remarks and questions about incentives

1. The benefits that government claims are not really benefits. Instead, they’re in the form of higher tax revenue. This is very different from the profits companies earn in voluntary market transactions.

2. Government claims that in order to get these “benefits,” the incentives must be paid. But often the new economic activity (expansion, etc.) would have happened anyway without the incentives.

3. Why is it that most companies are able to grow without incentives, but only a few companies require incentives? What is special about these companies?

4. If the relatively small investment the city makes in incentives is solely responsible for such wonderful outcomes in terms of jobs, why doesn’t the city do this more often? If the city has such power to create economic growth, why is anyone unemployed?

The mayor and council members have said that we need to diversify our economy. The award of incentives to Spirit Aerosystems reduces diversification. It gives special benefits worth millions to the largest company in our most concentrated industry. The costs of these incentives are born by other companies, especially entrepreneurs and start up companies. It’s these entrepreneurs and young companies that must be the source of diversity and dynamism in our economy.

(If we really believe that these incentives have no cost, why don’t we offer them more often? Think of how many companies go out of business each month. Many of them could be saved with just a little infusion of cash. Why doesn’t the city rescue these firms with incentives?)

Alan Peters and Peter Fisher wrote an academic paper titled The Failures of Economic Development Incentives, published in Journal of the American Planning Association. A few quotes from the study, with emphasis added:

In 2008 Kansas Legislative Division of Post Audit investigated spending on economic development. It found about the same as did Peters and Fisher.

Politicians and bureaucrats promote programs like this tax abatement as targeted investment in our economic future. They believe that they have the ability to select which companies are worthy of public investment, and which are not. It’s a form of centralized planning by the state that shapes the future direction of the Wichita and Kansas economy.

These targeted economic development efforts fail for several reasons. First is the knowledge problem, in that government simply does not know which companies are worthy of public investment. This lack of knowledge, however, does not stop governments from creating policies and awarding incentives. This “active investor” approach to economic development is what has led to companies receiving grants or escaping hundreds of millions in taxes — taxes that others have to pay. That has a harmful effect on other business, both existing and those that wish to form.