A proposed entertainment district in Old Town Wichita benefits a concentrated area but spreads costs across everyone while creating potential for abuse. 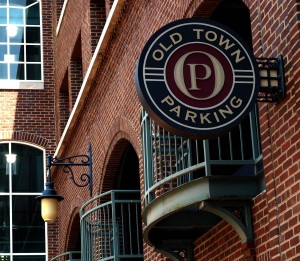 This week the Wichita City Council will consider forming an entertainment district covering greater Old Town. The purpose of the new law, according to city documents, is to help control crime in the area. Current law enforcement efforts are not effective, declares the proposed statute: “WHEREAS, the occurrence of criminal activity in the Old Town Entertainment District and areas adjacent thereto continues to occur despite law enforcement’s increased efforts and presence within this district.”

Some of the features of the proposed law are a mandatory fine of $500 for certain crimes if they occur within the Old Town Entertainment District, and the ability to “map” or prohibit offenders from entering the Old Town Entertainment District. The punishment for repeat offenses escalates rapidly. To be able to control the behavior of Wichitans with fine granularity, the proposed ordinance contains definitions of “art,” “fine art,” and “art gallery.” The capacity of a coffee shop cannot be over 100 people. An “Entertainment Establishment” is not a place that holds book readings and storytelling. (Well, I’ve been to a few book readings that were certainly not entertaining.)

While Wichita civic leaders proclaim this ordinance as a step forward, let’s examine some points.

Recall that Old Town was built using millions in taxpayer subsidy, both on and off the books. Although the tax increment financing district has ended, subsidy still flows to Old Town. An example of off-the-books subsidy is the large police presence required to keep Old Town safe. City documents hint at this, as in this excerpt from the agenda report for Tuesday’s city council meeting: “Crime statistics reveal that crime overall has decreased in Old Town due to higher police presence.”

In 2008 Wichita Police Chief Norman Williams was quoted as saying “As Old Town changed from a warehouse district to an entertainment district, it has presented a ‘tremendous challenge’ to public safety.”

In 2006 the Wichita Eagle reported on the level of policing required in Old Town, noting “Beginning Friday night, police will put two officers on horseback in Old Town and have as many as six more officers walking through the entertainment district, he said. Currently, around the bars’ 2 a.m. closing time, about a dozen officers patrol the area.”

The challenges of policing entertainment districts are well known and not unique to Wichita’s Old Town. See Policing Entertainment Districts for a research report. The extra costs of the policing are known, too. Two examples — others are easy to find — are these:

Policing costs exceed Scottsdale bar district’s revenue. “The annual cost for policing downtown Scottsdale’s entertainment district far exceeds the amount of revenue generated from the high concentration of bars in the area, according to city figures.”

Police Asking Bars To Pay Extra For Security. “Faced with a budget deficit, the Hartford Police Department is asking some downtown bars and restaurants to help pay the overtime costs for police officers assigned to maintain order in the city’s entertainment district during the busiest nights of the week, when large crowds of partygoers pose the most risk for public safety threats.”

Despite the extra costs of policing Old Town, at least one of its property owners who has received millions in taxpayer subsidy still thought his taxes were too high. Another Old Town merchant sought and received a no-interest and low-interest loan from the city when his business was failing, despite having already received taxpayer subsidy.

Special districts like that proposed for Old Town give police more power. With that comes increased potential for abuse. In Kansas City, the Power & Light District has been 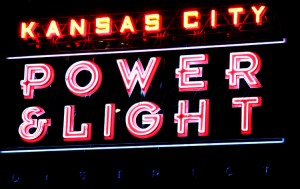 In Wichita’s Old Town, Mike Shatz has covered past incidents. On the proposed ordinance, he notes that “Like most of the laws in Old Town that govern the behavior of the patrons, it is expected that these new ordinances, if passed, would be primarily enforced outside the few bars that still cater to a primarily minority crowd.”

On the potential for racially discriminatory application of laws, Shatz writes “Anyone familiar with police activity in [this] district knows it will be the black men who are targeted by these new laws, and the arrest statistics will prove it.” Also: “White people, on the other hand, can actually get into full-on fist fights in front of police officers without repercussion, as I and other activists witnessed outside the Pumphouse (a bar in the district) while investigating Old Town policing activities last year.” See Old Town Association seeks to drive minorities out of the district with new laws

What have we done?

Does the need for special police power and special penalties in Old Town demonstrate that we’ve created something we really don’t want? Will Wichitans across the city be forced to pay for extra police that benefit a concentrated area of town, and it alone?

Along with the establishment of the entertainment district with its special laws, we could also ask that the property owners in that district absorb its extra costs. The district is defined in the proposed statute. It would be a simple matter to identify the properties in the district and add something extra to the property tax bills. Something like this is done to support the Wichita Downtown Development Corporation with funds to promote economic development. If that can be done, it’s not unreasonable for Wichitans to ask that Old Town tax itself to pay for its unique costs. 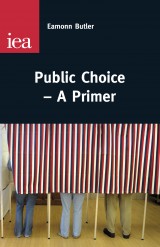 But laws like the entertainment district ordinance are usually tied to powerful economic interests who lobby the government for special protections. It is a problem identified and studied in public choice economics. As the Wichita City Council routinely votes in favor of special interests as opposed to the public good, we can expect that the council will fully embrace this new exemplar of special laws created for special people and special interest groups.