What we can learn from the piano

A Kansas City, Kansas school has spent $48,000 to purchase a new piano, replacing one in use for many years. Critics of school spending, even Governor Brownback, point to this as an example of school spending out of control. How can schools want more money, they say, if one school can spend $48,000 on a piano?

We can learn a few things about our public schools from this. 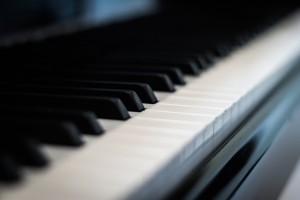 First, there is no way to tell whether this purchase was wise. There are several reasons. First, the school is not spending its own money. The school is spending other people’s money, and in a near vacuum. It’s spending in circumstances that are not amenable to wise purchases. Milton Friedman has developed a grid of the ways that money may be spent. The purchase of the piano falls into category III, which is spending someone else’s money on yourself.

Competition is important because it provides accountability. It provides a framework for making decisions about the allocation of resources. If we see, say, a grocery store spending lavishly on fixtures and furnishings, we may surmise that the store is trying to attract customers. The ultimate test of the strategy is profit. Do customers appreciate the store’s investment enough to shop there? If so, profits may be earned. If not, there will be losses, and store management has learned a lesson.

Market competition is not competition like a life-and-death struggle in the jungle or sea, where the winners eat the losers. It is also not a contrived event, as is a sporting event. Instead, market competition refers to a discovery process, where through mountains of voluntary transactions we learn what works and what doesn’t. We don’t have that learning process in Kansas public schools.

The purchase of the piano has also stimulated much rancorous debate. People are yelling at each other, and over the education of children. Instead of fighting and strife, we should be celebrating children, schools, and education. But that’s not the way government works. Money is taken through taxes. (I realize it’s considered impolite in some circles to say this, but taxes are taken by the threat of force.) Then tax money is spent by people who pretty much say “screw you” to taxpayers. That is the tone of an article written by the superintendent of the school district that bought the piano. The real problem, she contends, is that the people of Kansas are not taxed enough.No matter that spending per student in this school district is $15,388. That’s down from 2009 when it nearly touched $18,000, but much higher than the early years of this century when it was around $11,000. (These are inflation-adjusted, per student figures.) Employment ratios in this district have improved, and unspent fund balances, not including bond and capital funds, have risen.Despite these improvements, the Kansas City school superintendent says Kansans do not pay enough taxes to her schools. I get the sense that she wants to fight for more.

Civil society is dying. Instead of a system in which schools raise money voluntarily — a system in which customers are happy to buy, donors are happy to give, and schools are grateful to receive — we have strife. Instead of a Kansas school superintendent saying “thank you” to taxpayers for the new piano and $15,388 to spend each year on each student, we have something else. We have the gnashing of teeth, and that’s a shame.