Kansas education topic on ‘This Week in Kansas’ 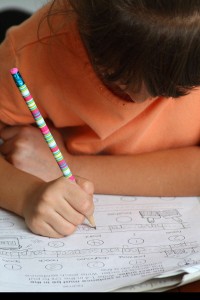 Kansas education issues were a topic on a recent segment of KAKE TV “This Week in Kansas.”

Opening the show, Representative Jim Ward made a small but potentially consequential mistake when he said the “legislature has violated their constitutional duty to provide for an adequate or sufficient education.”

The Kansas Constitution actually says this in Article 6, Section 6(b): “The legislature shall make suitable provision for finance of the educational interests of the state.”

It’s too bad that the Kansas Constitution doesn’t mandate that the state provide an “adequate or sufficient” education, as that would provide the basis for a lawsuit that would actually — potentially — benefit Kansas schoolchildren.

The performance of Kansas schools that the education establishment touts wilts when examined under a statistical microscope. If we compare Kansas NAEP scores to those of Texas, we have what seems to be four contradictory statements, but each is true.

(For more on this, see Kansas school test scores, in perspective.)

Furthermore — and this is important considering the significance given to the current school finance lawsuit: At a time when Kansas was spending more on schools due to an order from the Kansas Supreme Court, the state lowered its already low standards for schools.

That is the conclusion of the National Center for Education Statistics, based on the most recent version of Mapping State Proficiency Standards Onto the NAEP Scales. NCES is the primary federal entity for collecting and analyzing data related to education in the U.S. and other nations, and is located within the U.S. Department of Education and the Institute of Education Sciences.

The mapping project establishes a relationship between the tests each state gives to assess its students and the National Assessment of Education Progress, a test that is the same in all states. As explained in Kansas school standards and other states, Kansas standards are relatively low, compared to other states. This video explains.

Sample conclusions of this analysis for Kansas include:

Mark Tallman of Kansas Association of School Boards also appeared. His focus is primarily on spending, but also makes the same mistakes when citing the performance of Kansas schools.