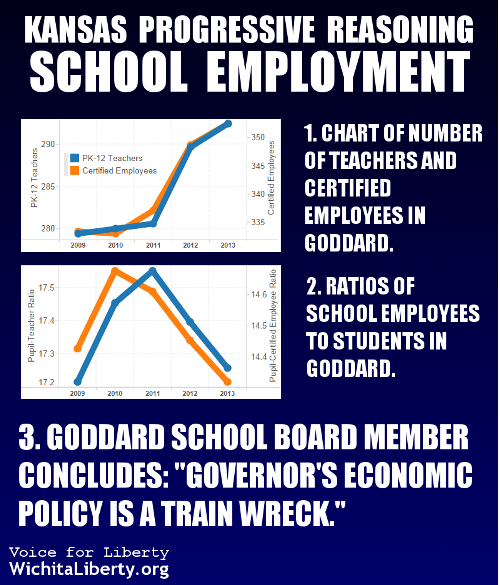 Fiscal 2010, according to figures from Kansas State Department of Education, was the recent low in school funding for Goddard, reflecting spending cuts made during the recession of the Sebelius/Parkinson era. Since then, in actual dollars, this has happened:

Data from KSDE also shows that the Goddard school district has increased the number of teachers and other certified employees in recent years, and the corresponding ratios of these employees to students has fallen.