Following, from Dr. Walt Chappell, a discussion of Kansas school spending. Chappell served on the Kansas State Board of Education from 2009 to 2012.

The truth is, Governor Brownback and most Kansas legislators have worked hard to get more money into K-12 classrooms and have increased funding to educate our children each of the last four years. Claims that funds for schools have been cut, supposedly causing test scores to drop, schools to close, class sizes to go up and college tuition to increase are totally false. 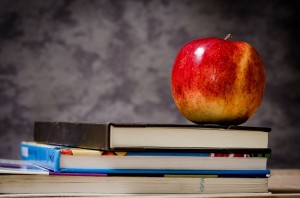 Yes, there was a large reduction of $419 million to fund Kansas schools in 2009 when Mark Parkinson was Governor. The 2008 Great Recession hit Americans hard and state tax revenues dropped like a rock. Then, in 2011, the Federal government stopped sending emergency TARP funds to all states.

The Kansas Legislature made up the $219 million in Federal cuts by raising the amount spent from state tax revenues by $223 million. Brownback signed that budget bill.

But, our Legislators have consistently appropriated over 50 percent of all state funds for K-12 schools. This means that Kansas is already fourth in the nation and well above the percentage of state funding for school districts as compared to nearby states such as Missouri at 34.9 percent, Nebraska at 30.4 percent, Oklahoma at 30.4 percent, Colorado at 39.1 percent, and Texas at 41.7 percent.

In addition, since 1998, taxpayers have doubled the amount spent to educate Kansas children. This school year, the average is over $13,000 per student.

After the Montoy school finance Supreme Court decision in 2005, the Legislature appropriated $1.1 billion more for Kansas school districts to spend. Most of that money was used to hire over 6,000 new employees. Only 40 percent were teachers. The rest were administrators and non-instructional staff.

In addition to this massive increase in State funds, Kansas school districts are sitting on $800 million more of our tax dollars in their bank accounts. So, claims that funding for schools have been cut are simply not true.

Now for the rest of the story! Even with twice as much being spent, national test scores for Kansas students have remained flat during the past 15 years. This spring, only 31 percent have a composite score on their ACT test high enough to be ready for college. Also, national NAEP test results show that just one third of Kansas students are at grade level in reading and math. A fourth of our students drop out before high school graduation.

To improve student performance, Governor Brownback and key Republican legislators have sponsored bills to increase reading skills by third grade and to fund all-day kindergarten. They also tried to fix the broken school finance formula so more money gets into the classroom. But these bills did not pass.

Fortunately, the very successful program initiated by the governor to teach employable career skills was passed by the legislature. As a result, enrollment has quadrupled, enabling thousands of Kansas students to qualify for well-paying jobs right out of high school.

Airing false ads, suing the state legislature for more money and repeating the same misinformation over-and-over does a great disservice to every student, parent, voter and taxpayer in Kansas. The next time you hear a Kansas politician claim that they are going to “restore funding for schools,” ask them how much more they are going to raise your taxes to get the same results.