A new edition of an ongoing study shows that Kansas school standards are weak, compared to other states. This is a continuation of a trend.

Last week the National Center for Education Statistics (NCES) published a new version of its ongoing study Mapping State Proficiency Standards Onto NAEP Scales: Results From the 2013 NAEP Reading and Mathematics Assessments. As was also found in past years, the standards that the state of Kansas uses to evaluate students are low.

There is a national test that is the same in all states, the National Assessment of Educational Progress (NAEP). Again, from the report: “NAEP provided a common scale on which the stringency of the various state criteria for proficiency could be compared.” The purpose of the study is to map each state’s standards to a common standard. By doing this, we can determine whether a state uses a stringent or weak standard to evaluate students. This study does not evaluate the performance — good or bad — of a state’s students. Rather, the study evaluates the state and its standards.

The two-page summary for Kansas is here.

The summary is this:

For reading in grades four and eight, the answer to the question “How do Kansas’ reading standards for proficient performance at grades 4 and 8 in 2013 map onto the NAEP scale?” is “below basic.”

For math in grades four and eight the answer to the same question is “basic.”

This means that the state of Kansas says students are “proficient” when by NAEP standards the students are “basic” or “below basic.”

Following, charts excerpted from the study showing how Kansas measures against the other states. In some cases, there are few states with lower standards than Kansas. In no case is Kansas above the middle. Click charts for larger versions. 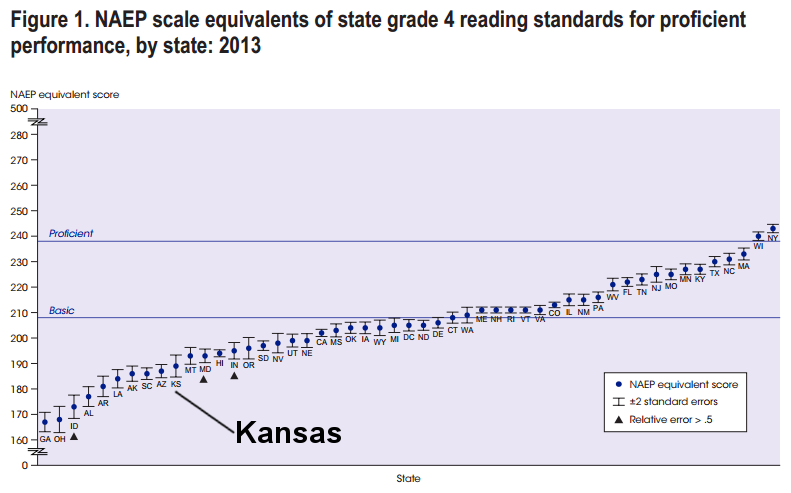 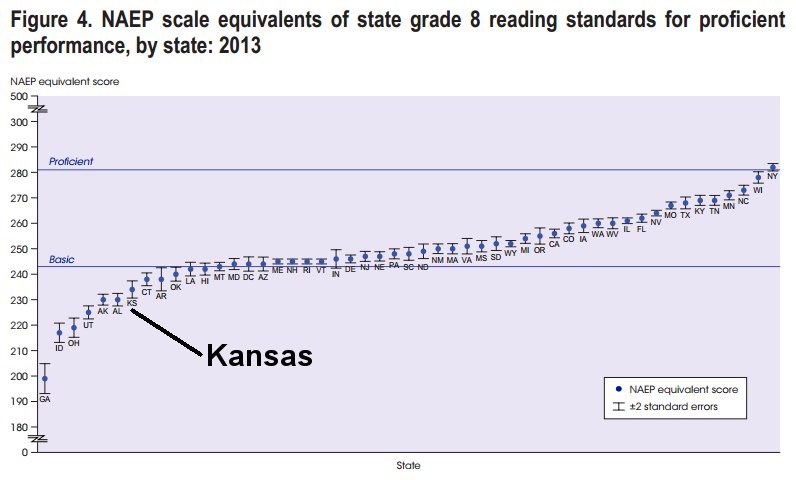 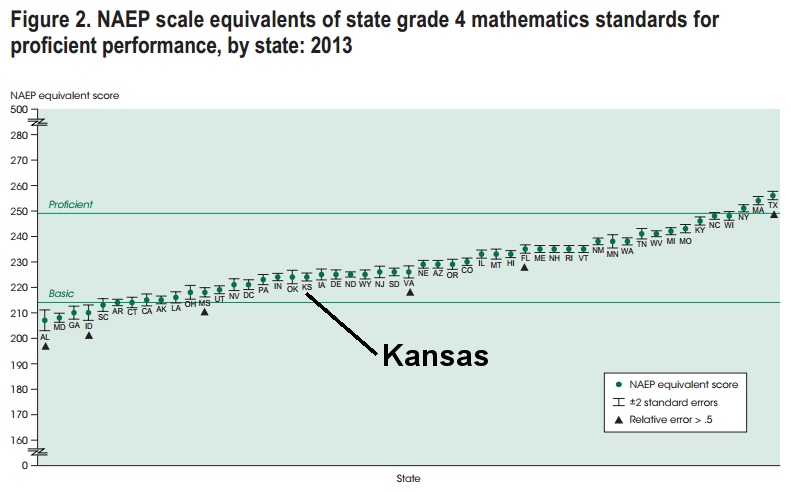 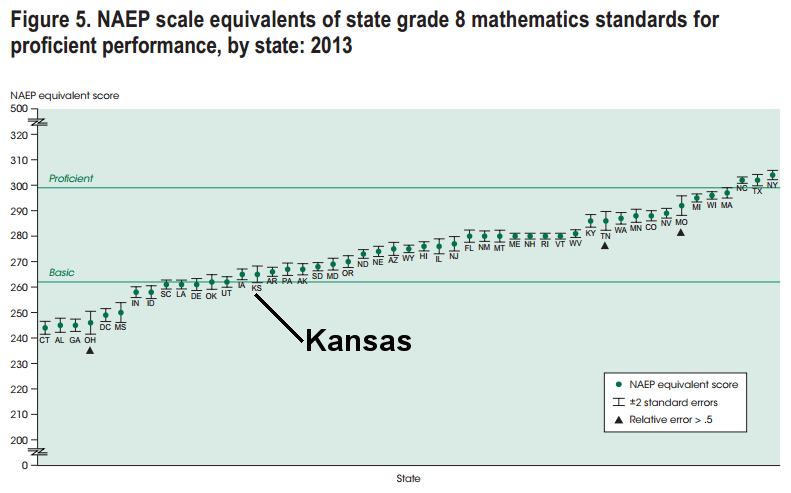