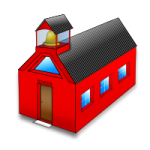 The reaction to a survey regarding Kansas school spending is useful for two reasons: It lets us gauge the level of knowledge of the public, and it also tells us the extent to which school spending advocates will go to justify and excuse spending.

The latest example comes from Kansas Association of School Boards (KASB). It’s in response to a survey commissioned by Kansas Policy Institute which asked the public a series of questions on schools and spending. (See Citizens generally misinformed on Kansas school spending.)

A key finding is that most people think that schools spend much less than actual spending, and by a large margin. Further, most people think spending has declined, when in fact it has risen. These findings are similar to other research commissioned by KPI, and additional surveys by other organizations at the national level.

So the school spending lobby has to explain — rather, make excuses for — the high level of spending. In this case, the school board association would like you to ignore employee pension costs and the costs of buildings and equipment. Here’s what KASB explains as part of a document titled Questions about recent Kansas Policy Institute survey:

Finally, districts received $690 per pupil in KPERS contributions for district employees, and districts spent $2,320 for capital costs such as buildings and equipment, payments on construction bonds for new schools, and other local revenues like student fees. None of these funds — almost 25 percent of total revenues — can be spent for regular education operating costs.

That’s right. The Kansas Association of School Boards recommends that Kansas taxpayers discount school spending by 25 percent. Why? Because that spending is for pensions (KPERS) and buildings (and swimming pools, tennis courts, and artificial turf for athletic fields).

This argument is disingenuous, to say the least. Pension costs are part of the cost of having employees, just as are salary, the employee portion of payroll taxes, and health insurance. That is, unless schools want to stop providing pensions for their employees, in which case they might have trouble recruiting employees, or they might have to pay more in salary so that employees could provide for their own retirement.

These personnel costs are indeed “regular education operating costs,” despite the claim of KASB.

Then, KASB wants you to ignore “payments on construction bonds for new schools,” as these are not “regular education operating costs.” KASB is correct. These costs are capital, not operating.

But when campaigning for new bond issues, school districts tell voters that this spending is absolutely necessary. The kids must have new buildings and facilities, say the school spending advocates.

But when it comes time to pay off the bonds — well, just sweep that spending under the rug, say school spending boosters.