More about the New York Times on Kansas school finance

A recent op-ed in the New York Times ironically titled “What’s the Matter With Kansas’s Schools” contains six deliberate distortions of the truth about school finance in Kansas.

(1) Governor Brownback has not “made draconian cuts in school funding;” funding has actually increased each of the last two years (according to Kansas State Department of Education) and is going up again this year. There was a tiny decline (0.04 percent in total dollars or 0.38 percent per-pupil) in the Fiscal 2011 budget but that hardly qualifies as “draconian.” In fact, the Kansas State Department of Education reports that taxpayer support of public education set records in 2012 ($5.771 billion) and 2013 ($5.852 billion) and predicts more new record this year ($5.911 billion and $12,885 per-pupil. Historical data from KSDE can be found here; the 2014 estimates were sent to me by email.

(2) The cuts were not “accelerated by a $1.1 billion tax break;” again, funding has increased every year. The schools suing taxpayers for more money actually filed their suit on November 2, 2010 … long before tax reform was even introduced. 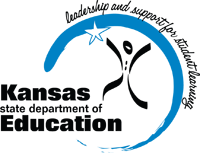 (4) “Parents” did not file the Gannon lawsuit; the lawsuit was filed in the name of a student as a legal technicality but it is being funded and managed by school districts with taxpayer money. “Parents” aren’t even involved; just school administrators and their lawyers.

(5) Base funding amounts were not established in the Legislature’s “own education cost studies;” Augenblick & Myers deliberately gave the court inflated numbers that admittedly ignored efficient use of taxpayer money and page 2 of the LPA study plainly states that there work was not to be used as any recommendation, as it was simply based on one possible set of variables and also was not based on efficiency.  See my paper on “Student-Focused Funding Solutions for Public Education” for the full explanation.

Now here’s the ironic part. The authors’ deliberate distortion of the facts is part of the real problem with Kansas’ schools — institutional wants take precedent of student needs.

Kansas, like every other state, has a serious student achievement problem that isn’t shared with citizens. About half the students in Kansas are doing pretty well, but those who are eligible for Free & Reduced Lunch are several years’ worth of learning behind — and the gap isn’t closing. The National Assessment of Educational Progress (NAEP) shows that only 22 percent of Kansas’ 4th grade students who are low income (free and reduced lunch eligibility) are Proficient in Reading, compared to 54 percent Proficient for those who are not low income. Nationwide, proficiency levels are 20 percent and 51 percent, respectively.

Institutional interests demand more money from taxpayers even though history shows that “just spend more” hasn’t raised proficiency levels for low income kids and overall achievement is basically flat on independent national tests. Kansas schools spent nearly $3 billion between 2006 and 2013 that was specifically targeted to At Risk students; the amount spent last year was 153 percent higher than in 2006. Still, low income kids are several years’ worth of learning behind their peers and the gap isn’t closing.

It costs a lot of money to fund public education, but it’s how the money is spent that matters — not how much. To this day, no one knows what it costs for schools to achieve required outcomes while making efficient use of taxpayer money because no such analysis has ever taken place in Kansas. Not a single court decision or legislative funding decision has taken efficiency into account. That has to change.

We must get schools organized and operating in a cost-effective manner and put the savings into classrooms. We must also determine which At Risk programs are the most effective and ensure that money intended to help low income students is actually reaching them. Most importantly, we must put students’ interests first in every education decision.