In Kansas for April 2022, the labor force grew slightly, the number of people working was nearly unchanged, and the unemployment rate was unchanged, all compared to the previous month.

Data released from the Bureau of Labor Statistics, part of the United States Department of Labor, shows a mostyly unchanging employment picture in Kansas for April 2022 when compared to the previous month. The unemployment rate was unchanged.

The following chart shows job changes from the previous month, and we can see both positive and negative changes for the past year. 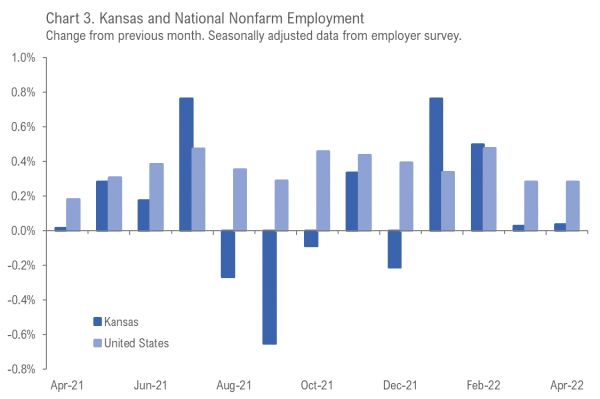 In the following chart of job changes from the same month one year ago, the sharp increase from April 2020 (the low point since the start of the pandemic) to April 2021 is easily seen. The generally declining pace of change for both Kansas and the nation is evident, although the pace has moderated for both. Note that the rate for Kansas is always, and usually significantly, below the rate for the nation. 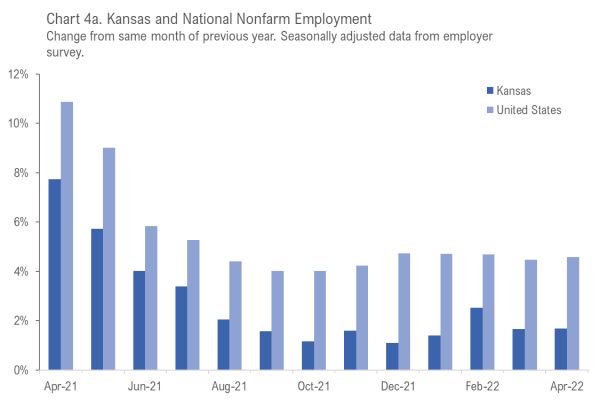 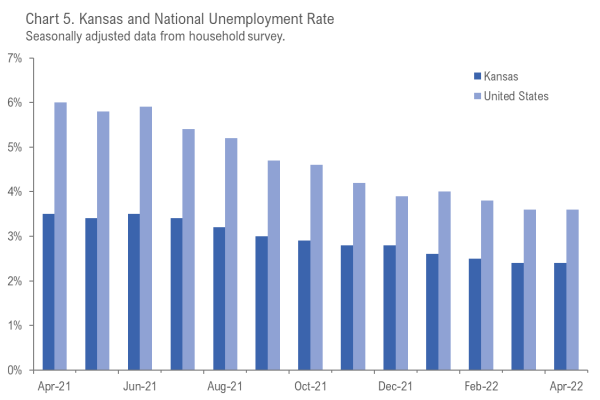 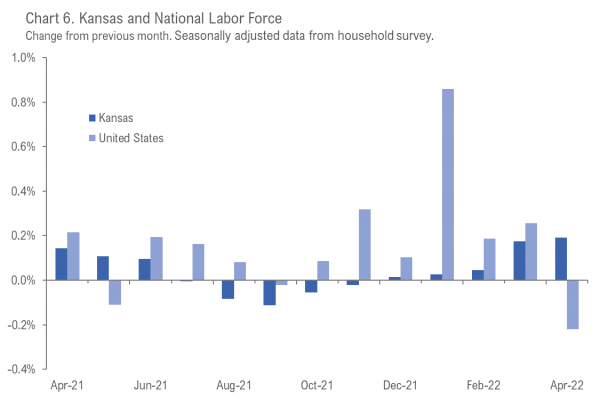 For industry groups, the following charts show the number of employees in various industries in April 2021 and April 2022 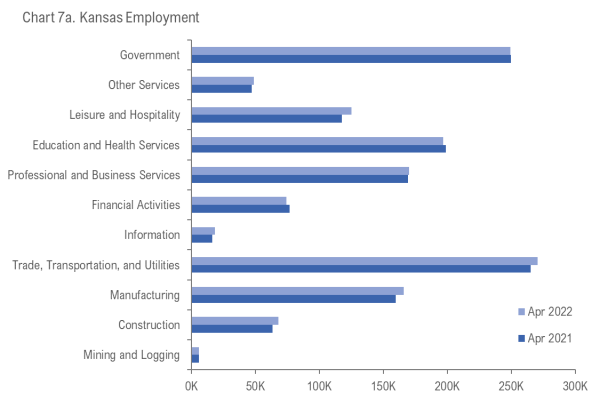 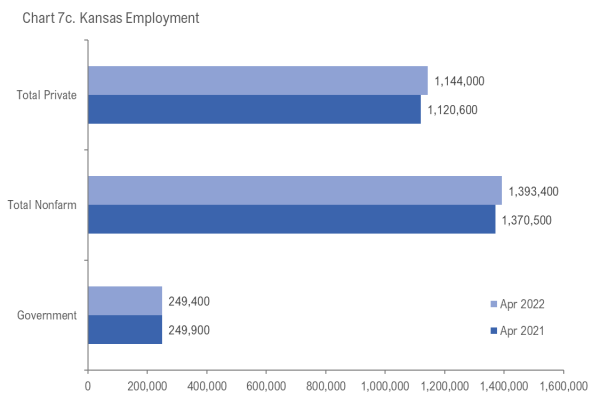 This chart uses the same data but shows the percent change from April 2021 to April 2022. These industry groups have significant gains: 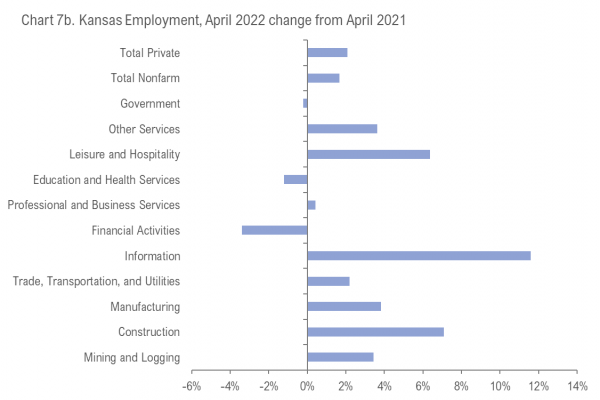 The following charts show trends in employment as the difference between each state and the nation. Note that a relatively flat line close to zero in value, such as for Minnesota, does not mean that the state’s employment is stagnating. Instead, it means that Minnesota’s change in employment closely tracks the national change. In all three charts, it is easy to see Kansas generally falling behind as time passes. 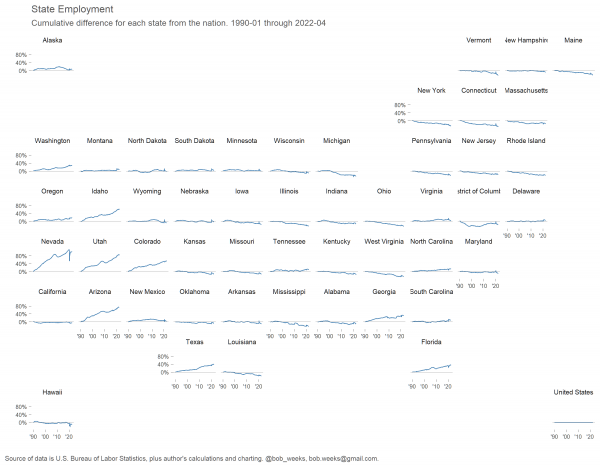 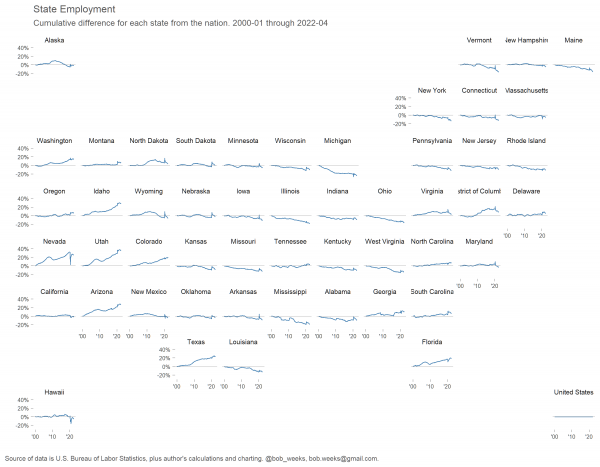 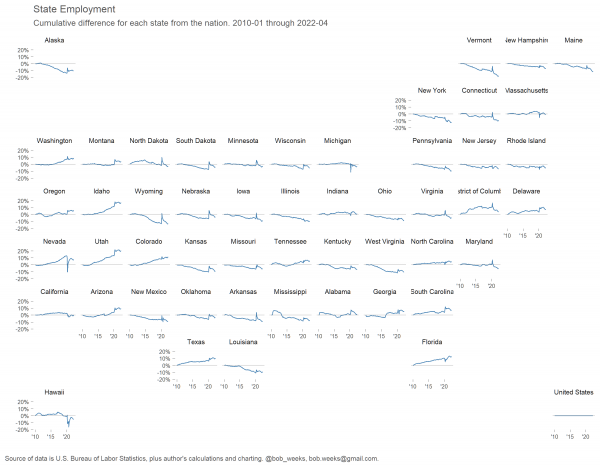 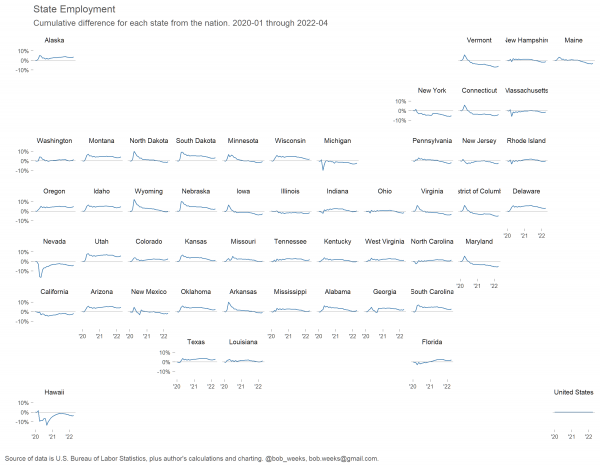 This chart starts with April 2020, just after the pandemic. 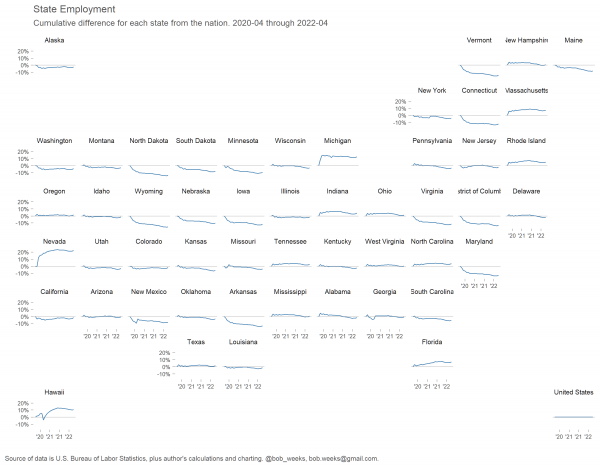 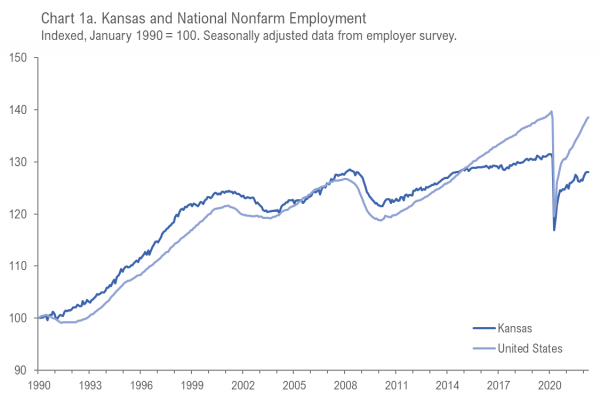 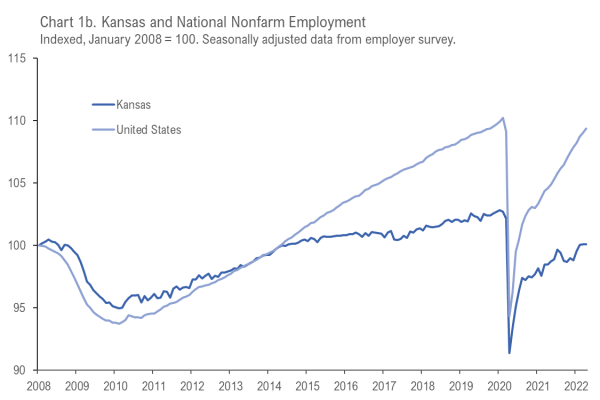 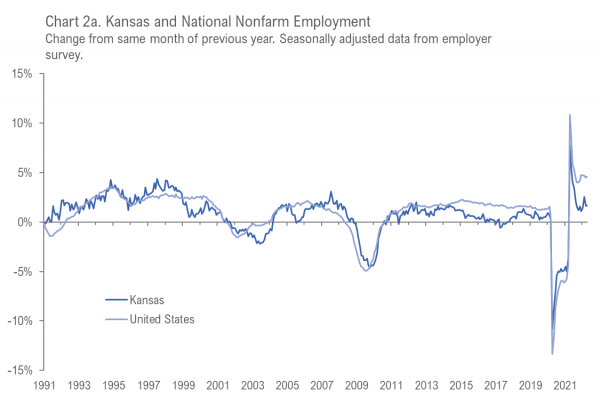 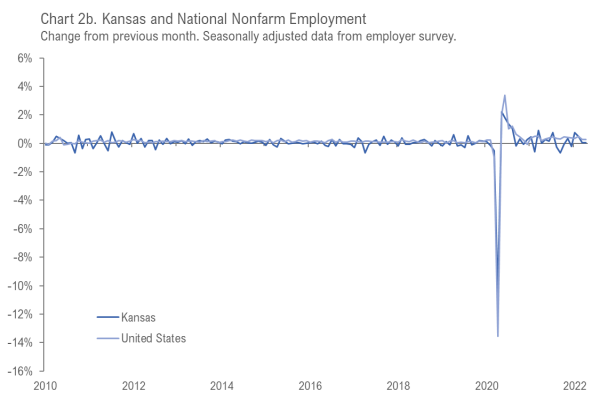