In 2019, the Kansas economy grew at the annual rate of 0.9 percent, down from 2.1 percent the previous year, and ranked forty-fifth among the states.

In the fourth quarter of 2019, the Kansas economy grew at the annual rate of 2.1 percent in real (inflation-adjusted) dollars, according to statistics released today by Bureau of Economic Analysis, a division of the United States Department of Commerce. GDP for the quarter was at the annual rate of $175,703 million. (Click charts and tables for larger versions.) 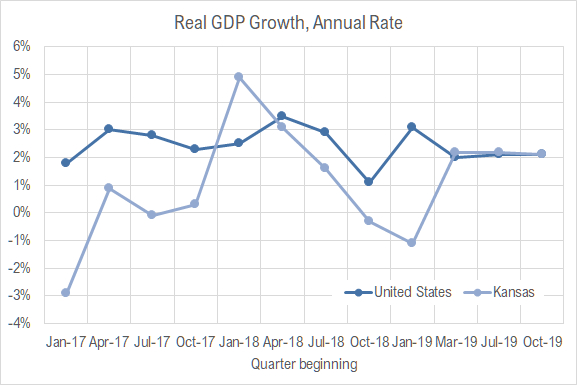 The Kansas rate of 2.1 percent ranked twenty-seventh among the states and was the same as the national rate. The Plains states grew at a rate of 1.7 percent. (For this data, BEA defines Plains states as Iowa, Kansas, Minnesota, Missouri, Nebraska, North Dakota, and South Dakota.) 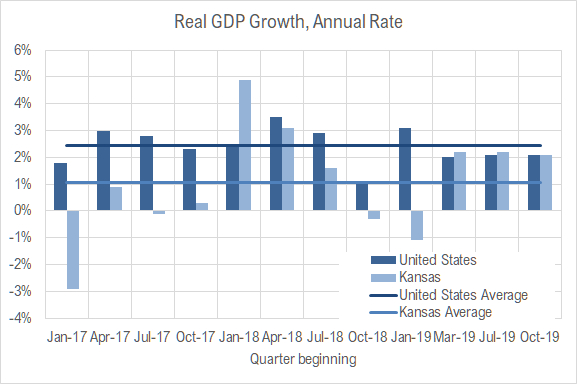 Over the last twelve quarters, Kansas has averaged quarterly growth rates of 1.1 percent in annual terms. For the nation, the rate was 2.4 percent. For the Plains states, it was 1.4 percent.

For the full year of 2019, the Kansas economy grew at the rate of 0.9 percent, which ranked forty-fifth among the states. The nation grew at 2.3 percent, and Plains states at 1.4 percent. A nearby chart shows annual values. 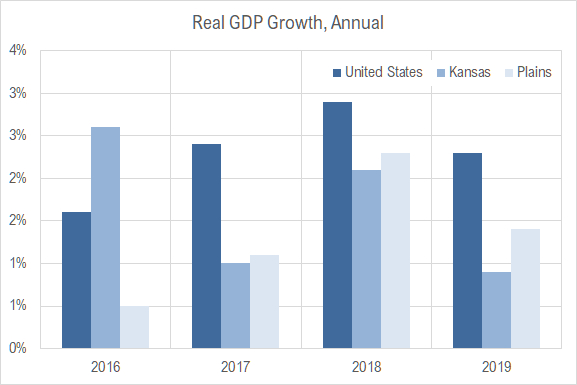 For Kansas, these industries contributed to Kansas GDP at rates higher than the national rate:

A nearby table provides data for all industries. 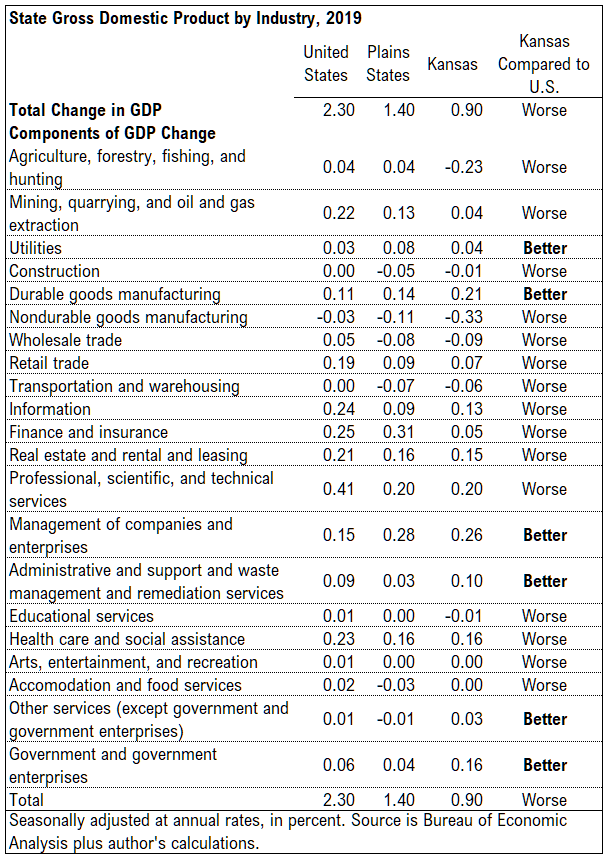