For the Wichita metropolitan area in February 2020, the labor force is up, the number of unemployed persons is up, the unemployment rate is up, and the number of people working is up when compared to the same month one year ago. Seasonal data shows increases in labor force and jobs from January.

Data released yesterday by the Bureau of Labor Statistics, part of the United States Department of Labor, shows a mostly improving employment situation for the Wichita Metropolitan Statistical Area.

A note regarding recent layoffs and COVID-19

This data is for February 2020. Spirit Aerosytems announced layoffs (2,796) that started January 22 1, according to news reports, and Textron (875) the month before 2. The effect of these layoffs should be realized in these statistics. For employment data derived from the Current Employment Statistics (CES) program, also known as the payroll survey or the establishment survey, the estimate is for the pay period that includes the twelfth day of the month. For data from the Current Population Survey, which counts people, the estimate is for the “reference week,” which is usually the week that includes the twelfth day of the month. This data was collected well before there was any talk of closing businesses due to the COVID-19 pandemic.

The following chart of the monthly change in labor force and employment shows the positive trend in employment and labor force over the last eight months. 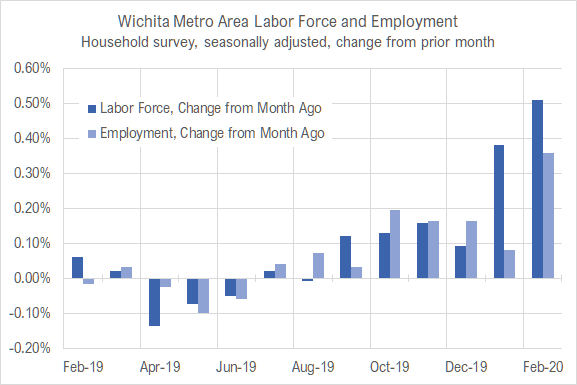 The following chart of changes from the same month one year ago shows a decline in the rate of growth of both employment and labor force, but with growth returning the past six or seven months. 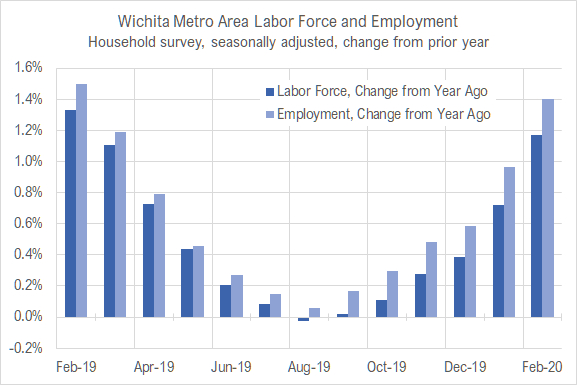 The following chart of changes in employment from the same month of the previous year shows months when the Wichita MSA performed better than the nation. Over the past 12 months, the average monthly job growth for the nation was 1.37 percent, and for the Wichita MSA, 1.81 percent. 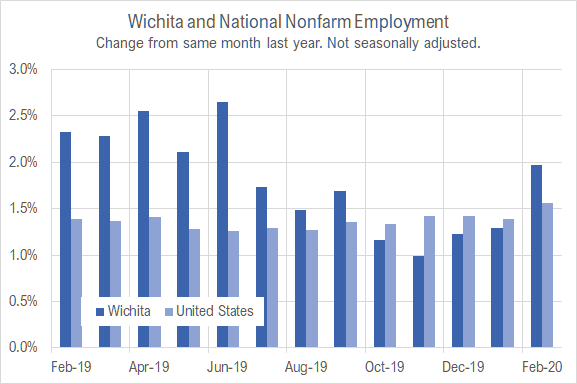 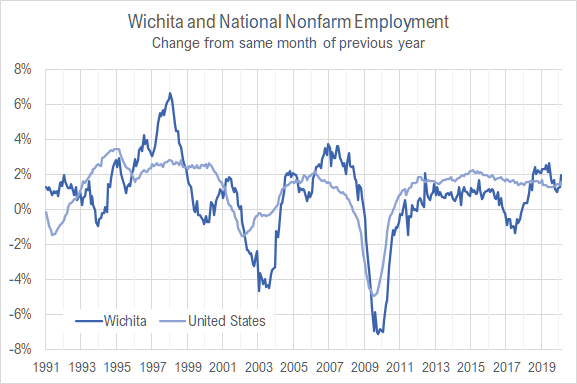 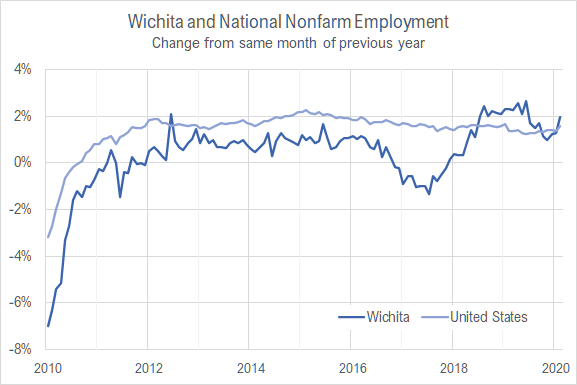 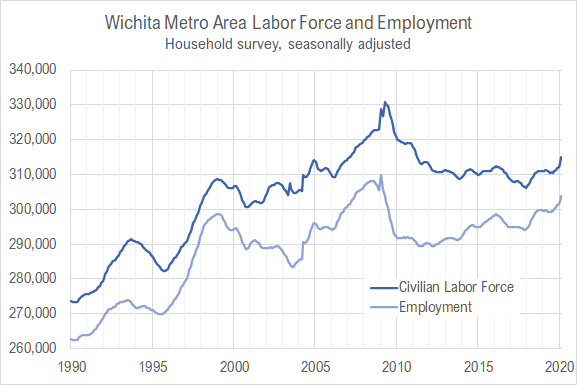 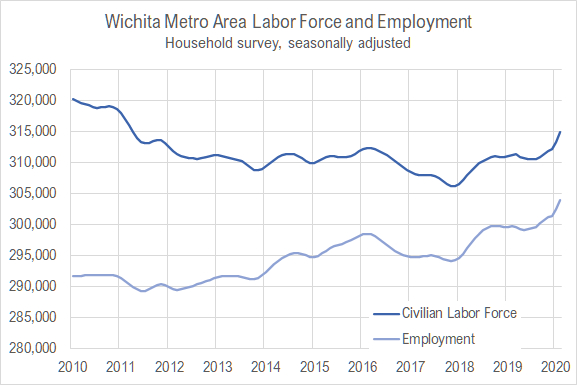 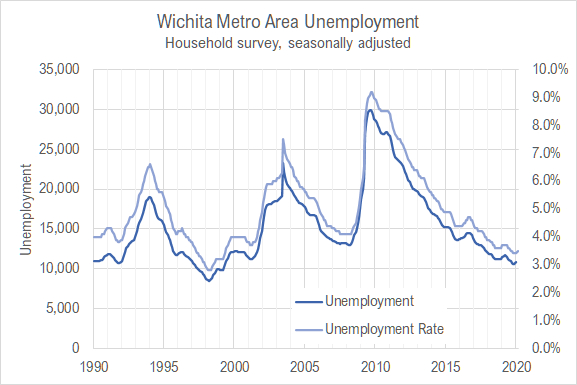 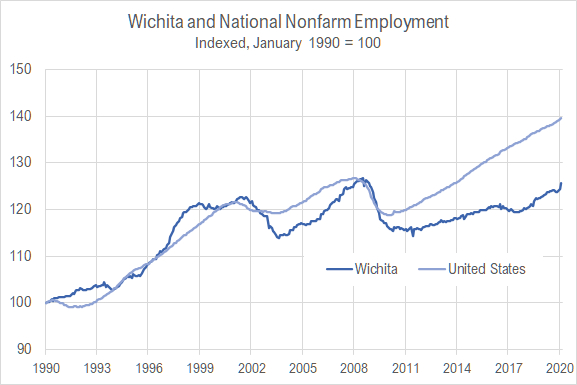 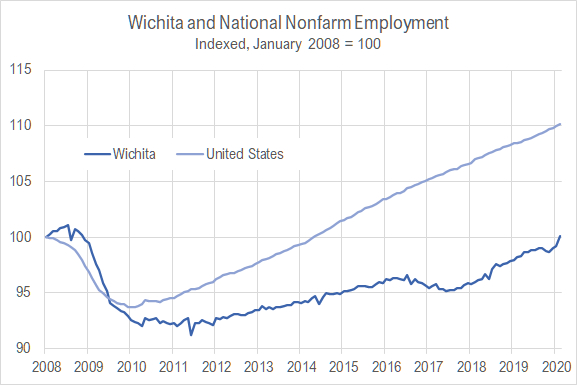 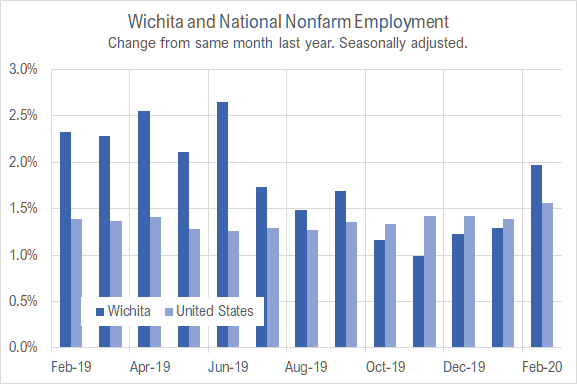