For the fourth quarter of 2021, the rate of personal income growth in Kansas was near the bottom of the states, although Kansas fared better for the entire year.

Recently the Bureau of Economic Analysis, an agency of the United States Department of Commerce, released state personal income data for the fourth quarter of 2021 and preliminary data for the year 2021.

For Kansas, personal income in the fourth quarter of 2021 was $171,967 million, a decline of 1.3 percent from the first quarter. For the nation, the increase was 2.4 percent. (These values, while considering one quarter, are expressed as an annual rate, and are adjusted for seasonality.) For Plains states, the decline was 0.1 percent. (For this data, Plains States are Iowa, Kansas, Minnesota, Missouri, Nebraska, North Dakota, and South Dakota. The fourth quarter of the calendar year consists of the months of October, November, and December.)

The results in Kansas for the fourth quarter ranked forty-second among the states. 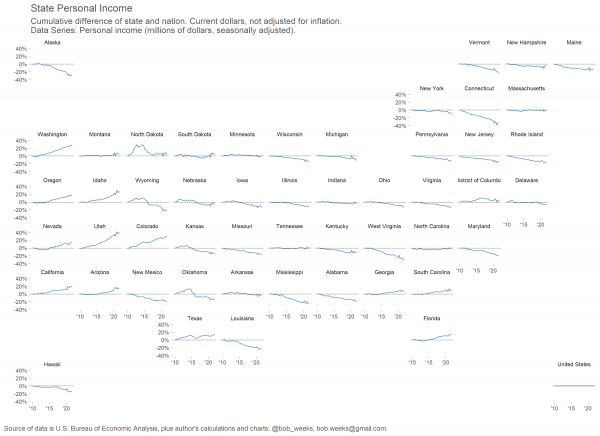 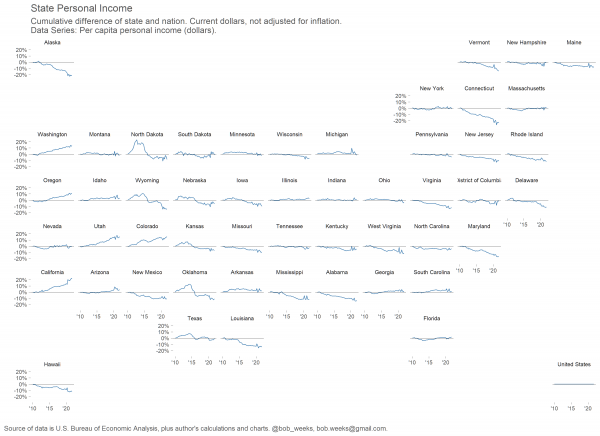