In labor productivity, Kansas is in the middle of the nation, but ranks better among neighboring states.

The Bureau of Labor Statistics, part of the United States Department of Labor, captures data regarding productivity of workers. Some data is available for the states. I’ve captured this data and present it in an interactive visualization.

Labor productivity, according to BLS, is “the amount of goods and services that can be produced relative to the amount of labor service used.” A productive workforce is something that states and cities tout to recruit employers.

In a nearby chart, Kansas compares well with neighboring states. The chart shows the change in labor productivity over time, using index values with the year 2012 set to the value 100. In this data, the index is calculated independently for each state, so this chart does not show the relative productivity of states, but it does show Kansas labor productivity rising faster than most neighboring states. A table in this visualization displays the data for the nation along with ranking. 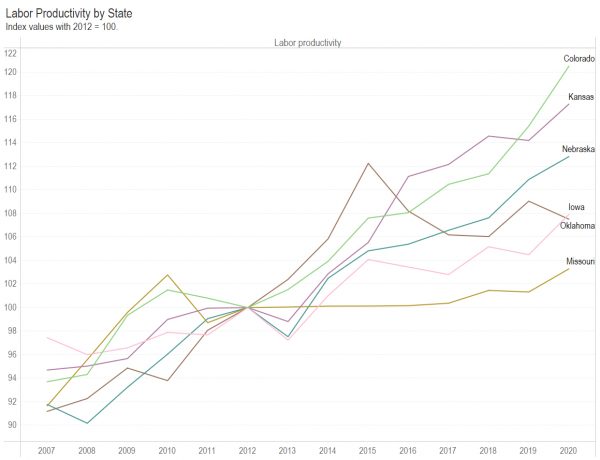 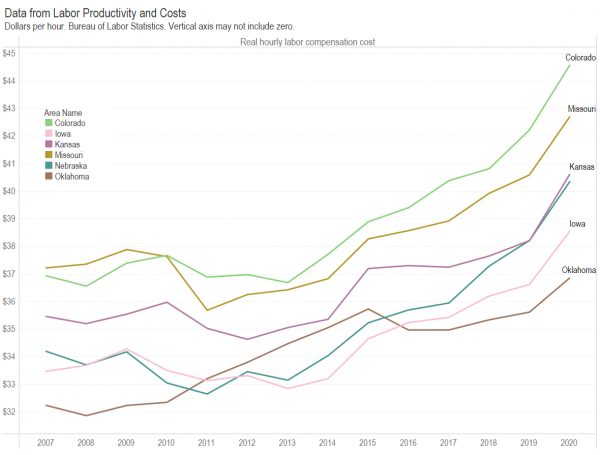 The value of production per hour worked in Kansas was $70.73, ranking 26 among the states. This means that a dollar spent in compensation in Kansas produced $1.74 in value, ranking 28 among the states and DC. Among neighboring states, Kansas does well in this measure. 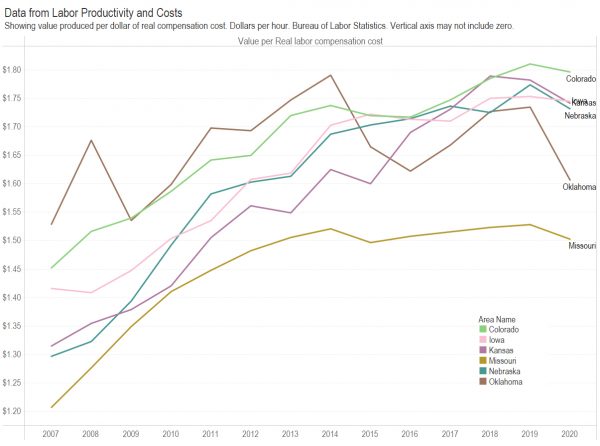