A version of the following appeared in the Wichita Eagle (Wage hike isn’t that simple, September 8, 2007). 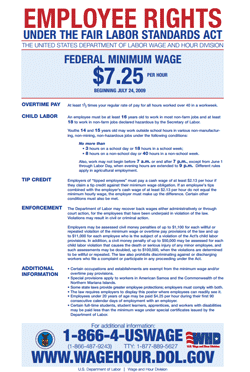 Will raising the minimum wage help or harm low-wage earners? And are the policy goals — taken in their entirety — of the groups pressing for a higher minimum wage in the best interest of workers?

The great appeal of a higher minimum wage mandated by an act of the legislature is that it seems like a wonderfully magical way to increase the wellbeing of low-wage workers. Those who were earning less than the new lawful wage and keep their jobs after the increase are happy. They are grateful to the lawmakers, labor leaders, newspaper editorialists, and others who pleaded for the higher minimum wage. News stories will report their good fortune.

That’s the visible effect of raising the minimum wage. But to understand the entire issue, we must look for the unseen effects.

The not-so-visible effect of the higher wage law is that demand for labor will be reduced. Those workers whose productivity, as measured by the give and take of supply and demand, lies below the new lawful wage rate are in danger of losing their jobs. The minimum wage law says if you hire someone you must pay them a certain amount. The law can’t compel you to hire someone, nor can it compel employers to keep workers on the payroll.

The difficulty is that people with lose their jobs in dribs and drabs. A few workers here; a few there. They may not know who is to blame. Newspaper and television reporters will not seek these people, as they are largely invisible, especially so in the case of the people who are not hired because of the higher wage law.

If we are truly concerned about the plight of low-wage workers we can face some harsh realities and deal with them openly. The simple fact is that some people are not able to produce output that our economy values very much. They are not very productive. Passing a law that requires employers to pay them more doesn’t change the fact that their productivity is low. But there are ways to increase productivity.

One way to increase workers’ productivity is through education. Unfortunately, there is ample evidence that our public education system is failing badly.

Capital — another way to increase wages — may be a dirty word to some. But as the economist Walter E. Williams says, ask yourself this question: who earns the higher wage: a man digging a ditch with a shovel, or a man digging a ditch using a power backhoe? The difference between the two is that the man with the backhoe is more productive. That productivity is provided by capital — the savings that someone accumulated (instead of spending on immediate consumption or taxes) and invested in a piece of equipment that increased the output of workers and our economy.

Education and capital accumulation are the two best ways to increase the productivity and the wages of workers. Ironically, the people who are most vocal about raising wages through legislative fiat are also usually opposed to meaningful education reform and school choice, insisting on more resources being poured into the present system. They also usually support higher taxes on both individuals and business, which makes it harder to accumulate capital. These organizations should examine the effects of the policies they promote, as they are not in alignment with their stated goals.