In the third quarter of 2018, Sedgwick County quarterly job growth exceeded the national rate for the first time in nearly ten years.

Data released today by the Bureau of Labor Statistics, part of the United States Department of Labor, show an improving jobs picture for Sedgwick County.

Data from the Bureau’s Quarterly Census of Employment and Wages (QCEW) program show that from September 2017 to September 2018, Sedgwick County gained 5,200 jobs, which is a rate of 1.9 percent, as calculated by BLS. For the nation, growth was 1.6 percent. 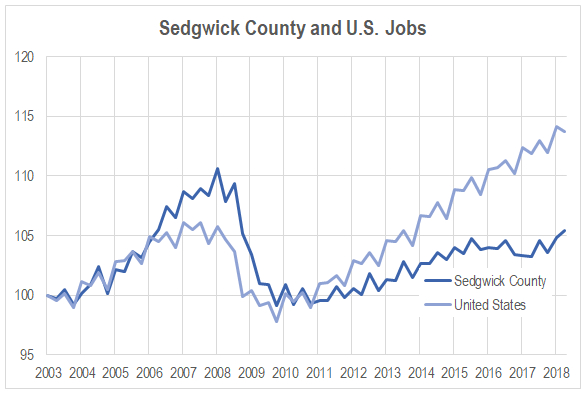 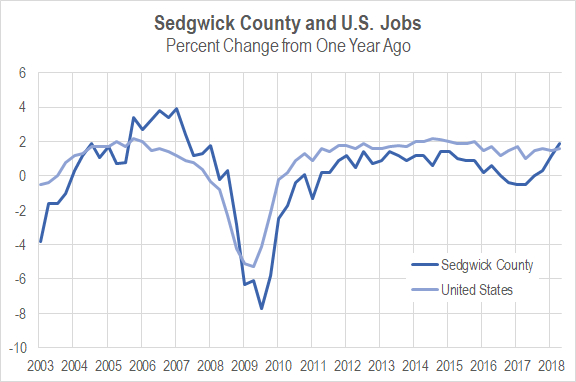 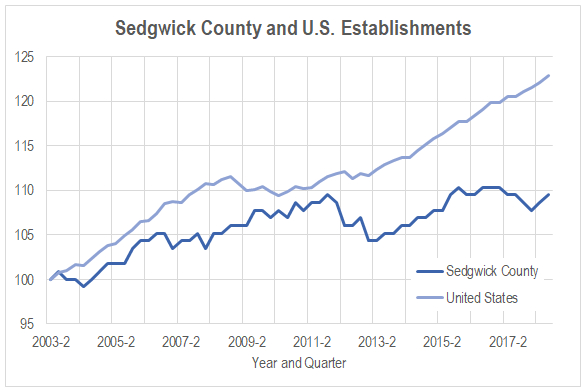 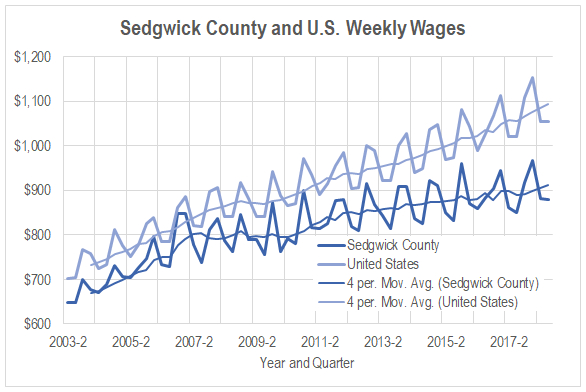