Seen and unseen on display 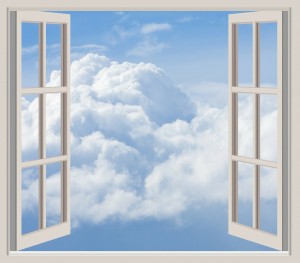 The lesson of the book “Economics in One Lesson” by Henry Hazlitt is this: “The art of economics consists in looking not merely at the immediate but at the longer effects of any act or policy; it consists in tracing the consequences of that policy not merely for one group but for all groups.”

(The Ludwig von Mises Institute has published an edition of this book which is available at no cost at its website; click here. Amanda BillyRock has illustrated most of the chapters in video. Click here for the playlist.)

Looking beyond what we see at first glance, that’s important. And considering everyone, not just some small group, is important too. You may be familiar with the term “special interest group.” A local example might be the Wichita Area Builders Association, which represents homebuilders. The purpose of groups like this — and I’m sorry to have to single out this group — is to represent their members, and them alone. So last year the Builders Association was able to persuade the Wichita City Council to pass a program that rebates Wichita property taxes on new homes for a few years. This makes it easier to sell these new homes. Homes which are built, of course, by members of the Wichita Area Builders Association.

Then, what about the effect on other groups besides the builders? Did the council consider that by offering savings when buying these select new homes, it likely reduced the appeal and value of all other homes across the city? Did the council consider that these new homes will require services like police and fire protection, but since they don’t contribute property tax, other taxpayers have to pay to provide these services?

And what about setting another precedent, that when business is not doing well, a special interest group appeals to government for special favors?

This is an example of the city council considering only the immediate effects of a policy, and also the effects on only a single group — the self-interested homebuilders. Things like this happen all the time.

Remember how Hazllitt said these groups will argue “plausibly and persistently?” That happened. As an example, Wichita State University economists prepared an analysis showing that this rebate program benefited the city. Did that analysis consider the long-term effects or only the immediate effects of the policy? Did that analysis consider the effects on all groups? I’m afraid that if we could look under the hood of these models, we’d find that they suffer from the problems Hazlitt warns about.

And the president of the Builders Association argued persuasively before the council. That’s an example of when Hazlitt wrote about a special interest group: “It will hire the best buyable minds to devote their whole time to presenting its case.”

Hazlitt told us what we need to do in these cases, writing: “In these cases the answer consists in showing that the proposed policy would also have longer and less desirable effects, or that it could benefit one group only at the expense of all other groups.” 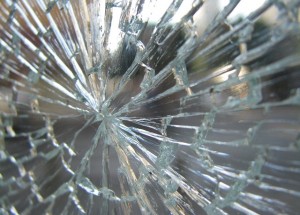 Special interest groups expend lot of effort to get government to look at the seen and skip the unseen. That’s a reference to the famous parable of the broken window from chapter two of “Economics in One Lesson.” Ahe child who threw a rock through the window of the bakery. The crowd that gathered around the broken window: Someone suggested that the damage is actually a good thing, because the windowmaker now has work to do and earns money. And the windowmaker in turn will spend his new income somewhere else, and so forth. Economic development professionals who make arguments for subsidies to business call this the multiplier effect. It creates what they call indirect impacts.

A few years ago in an effort to drum up taxpayer subsidies for arts, a national organization — a special interest group — made this argument:

A theater company purchases a gallon of paint from the local hardware store for $20, generating the direct economic impact of the expenditure. The hardware store then uses a portion of the aforementioned $20 to pay the sales clerk’s salary; the sales clerk respends some of the money for groceries; the grocery store uses some of the money to pay its cashier; the cashier then spends some for the utility bill; and so on. The subsequent rounds of spending are the indirect economic impacts.

Thus, the initial expenditure by the theater company was followed by four additional rounds of spending (by the hardware store, sales clerk, grocery store, and the cashier). The effect of the theater company’s initial expenditure is the direct economic impact. The subsequent rounds of spending are all of the indirect impacts. The total impact is the sum of the direct and indirect impacts.

That is the same argument made to excuse the destruction of the broken window in the bakery. Doesn’t this sound plausible? But Hazlitt, echoing Bastiat before him, notes this: The baker was going to buy a suit of clothes, and buying that suit would set off its own chain of economic activity.

But now he must spend that money on fixing the broken window. The new window is what is seen. The unbought suit of clothes is more difficult to see. It is the unseen.

As Hazlitt summarized: “The glazier’s gain of business, in short, is merely the tailor’s loss of business. No new ’employment’ has been added. The people in the crowd were thinking only of two parties to the transaction, the baker and the glazier. They had forgotten the potential third party involved, the tailor. They forgot him precisely because he will not now enter the scene. They will see the new window in the next day or two. They will never see the extra suit, precisely because it will never be made. They see only what is immediately visible to the eye.”