Wichita economy grows, and a revision

The Wichita economy grew in 2018, and revised statistics show growth in 2017.

The revision to the 2017 GDP may come as a surprise. The nearby chart shows that while GDP rose in that year, employment declined. 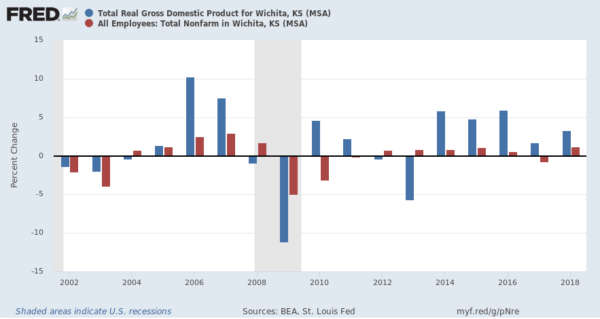