For the Wichita metropolitan area in March 2020, the labor force is up, the number of unemployed persons is up, the unemployment rate is down, and the number of people working is up when compared to the same month one year ago. Seasonal data shows increases in labor force and jobs from February, with the unemployment rate unchanged. It is unclear how the pandemic has affected this data.

Data released today by the Bureau of Labor Statistics, part of the United States Department of Labor, shows an improving employment situation for the Wichita Metropolitan Statistical Area for March 2020.

As noted, the BLS data is collected nearer the start of the month than the end. For Wichita, these events that should affect employment occurred mostly towards the end of the month. There were also these two major events that affected employment in recent months: Spirit Aerosytems announced layoffs (2,796) that started January 22 1, according to news reports, and Textron (875) the month before 2.

BLS also offered this guidance, and more, for the March data:

We cannot precisely quantify the effects of the pandemic on the job market in March. However, it is clear that the decrease in employment and hours and the increase in unemployment can be ascribed to the effects of the illness and efforts to contain the virus. It is important to keep in mind that the March survey reference periods for both surveys predated many coronavirus-related business and school closures in the second half of the month. 3

Considering seasonally adjusted data from the household survey, the labor force rose by 800 persons (0.3 percent) in March 2020 from February 2020, the number of unemployed persons rose by 95 (0.9 percent), and the unemployment rate was 3.5 percent, unchanged from February January. The number of employed persons not working on farms rose to 307,367 in March from 306,662 the prior month, an increase of 705 persons (0.2 percent).

The following chart of the monthly change in labor force and employment shows the positive trend in employment and labor force over the last year. In some months the change has been small, but always positive, with one exception. 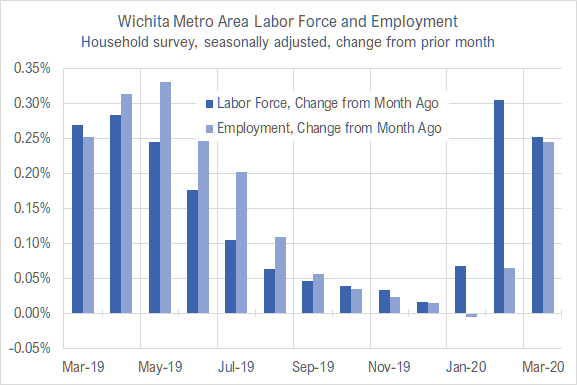 The following chart of changes from the same month one year ago shows a slight decline in the rate of growth of both employment and labor force, but with both still growing. 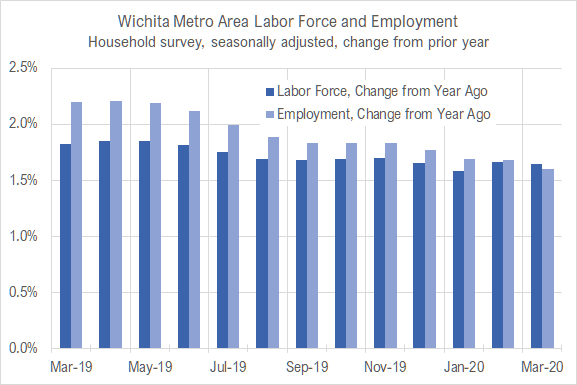 The following chart of changes in employment from the same month of the previous year shows months when the Wichita MSA performed better than the nation. Over the past 12 months, the average monthly job growth for the nation was 1.33 percent, and for the Wichita MSA, 1.56 percent. 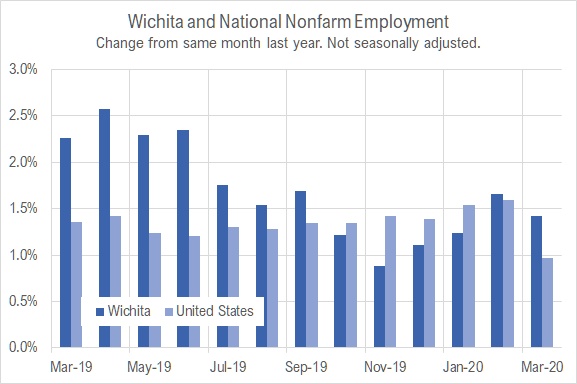 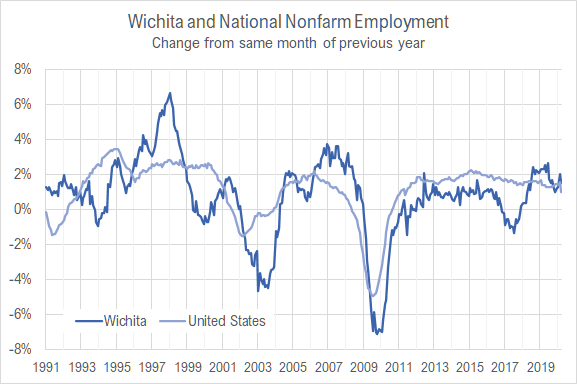 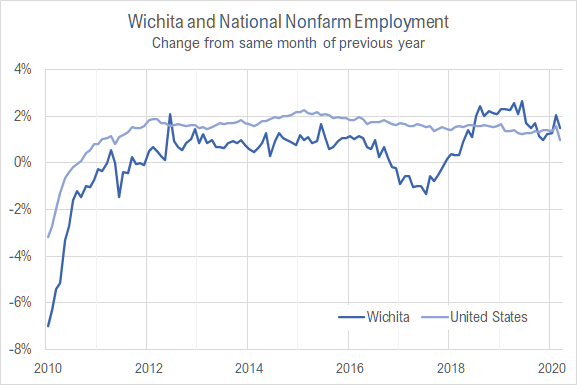 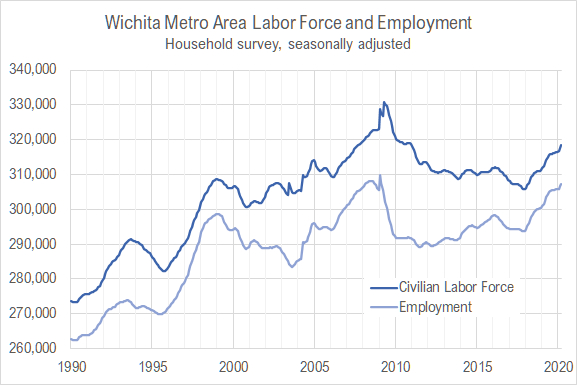 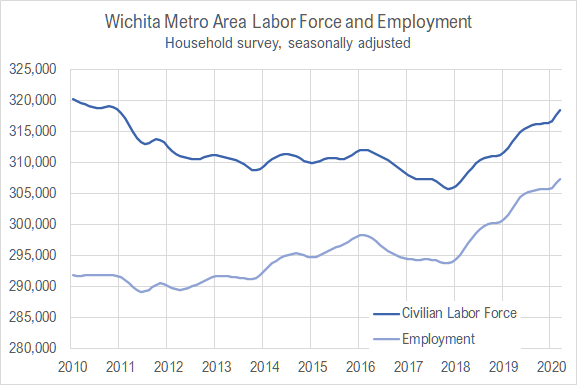 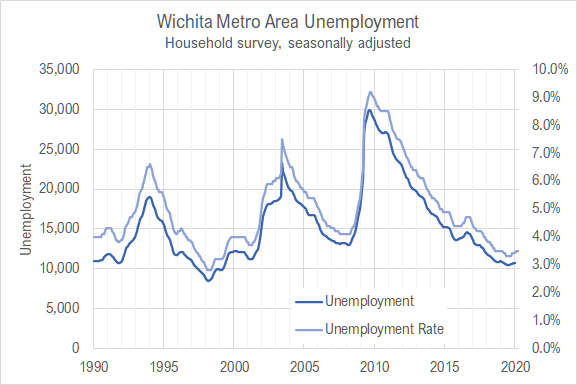 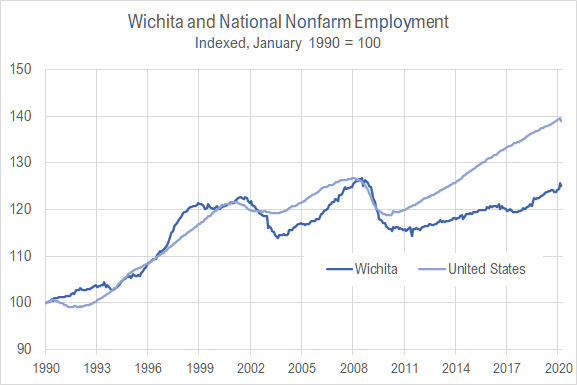 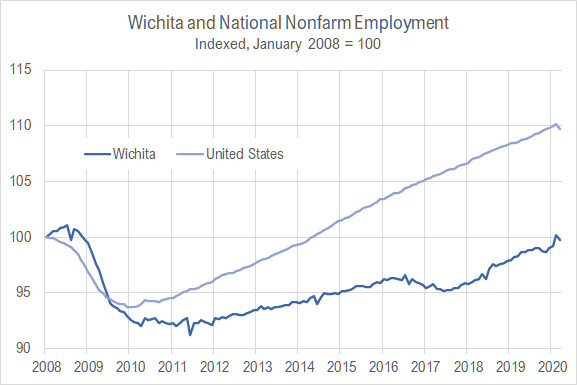 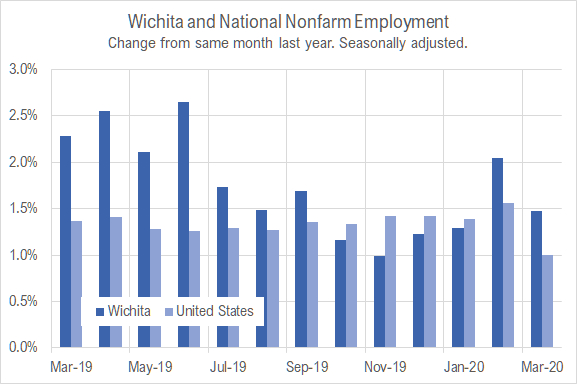