In Kansas for January 2022, the labor force grew slightly, the number of people working rose, and the unemployment rate fell, all compared to the previous month.

Data released today from the Bureau of Labor Statistics, part of the United States Department of Labor, shows an improving employment picture in Kansas for January 2022 when compared to the previous month. The unemployment rate fell, and other measures showed small changes.

Since summer, the monthly jobs count change has been both positive and negative. There are now 111,500 8.86 percent) more jobs in Kansas than in April 2020, which is the low point since the pandemic’s start. There are 45,900 (3.2 percent) fewer jobs than in February 2020, just before the pandemic.

The number of unemployed persons fell from December 2021 to January 2022 by 2,269 persons (5.5 percent). The unemployment rate was 2.6 percent in January, down from 3.8 percent last January and down from 2.8 percent last month.

While the Kansas unemployment rate fell and is among the lowest in the nation, it is essential to remember it is a ratio between two numbers: the labor force (the number of people working plus those actively seeking employment) and the number of unemployed people. It is a good sign when the unemployment rate falls because more people are working. That is the case for Kansas in January. Employment is growing, but not as fast as national employment.

With this data, BLS has performed a major revision and adjustment of past data and has incorporated some new models. Sometimes the revisions and adjustments are substantial. A nearby chart shows the number of jobs in Kansas as reported in January along with the revisions reported in March. As you can see, the revised numbers for recent months are are lower than originally repoted. 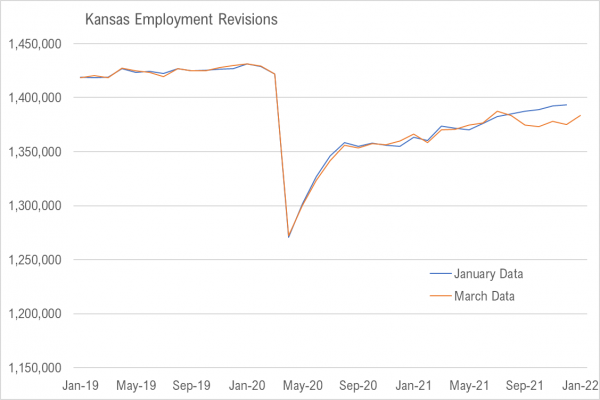 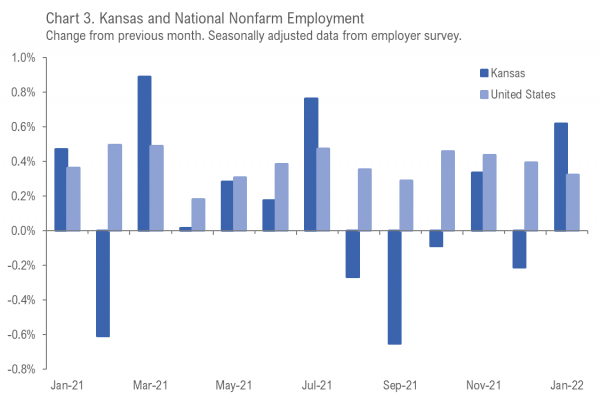 In the following chart of job changes from the same month one year ago, the sharp increase from April 2020 (the low point since the start of the pandemic) to April 2021 is easily seen. The generally declining pace of change for both Kansas and the nation is evident. 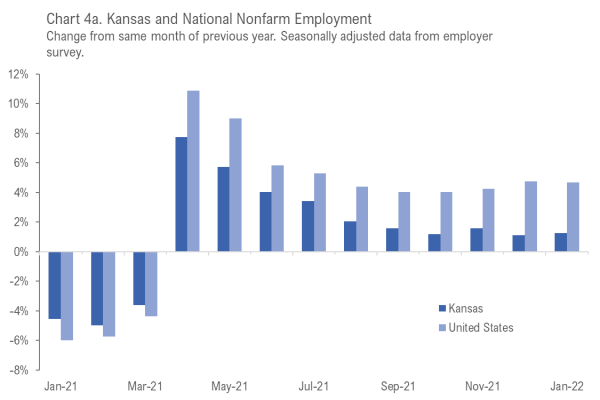 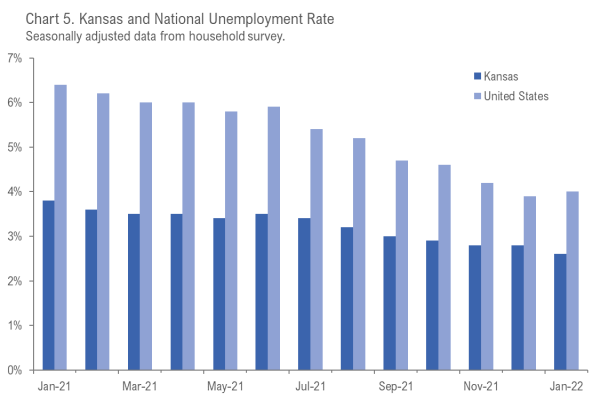 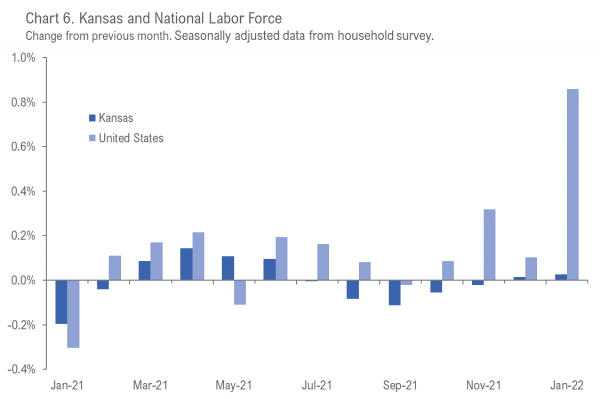 For industry groups, the following charts show the number of employees in various industries in January 2021 and January 2022 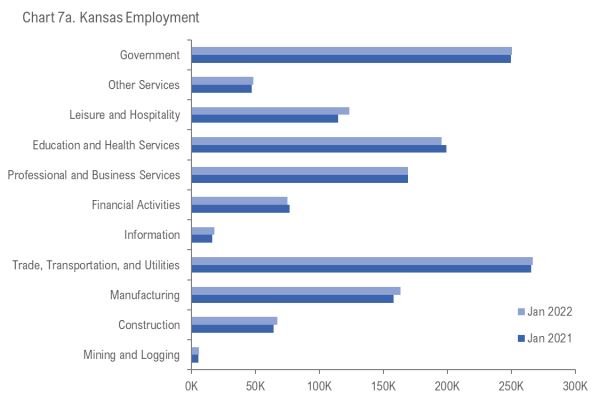 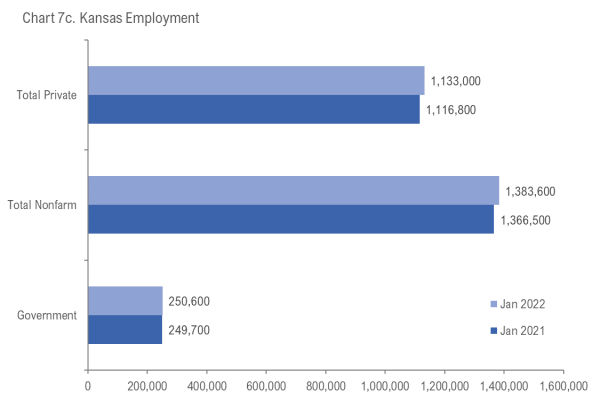 This chart uses the same data but shows the percent change from January 2021 to January 2022. These industry groups have significant gains: 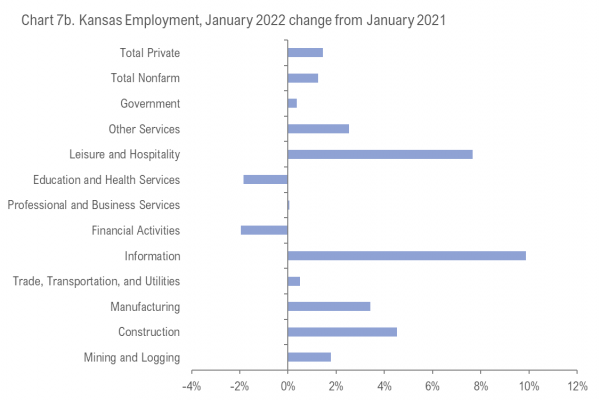 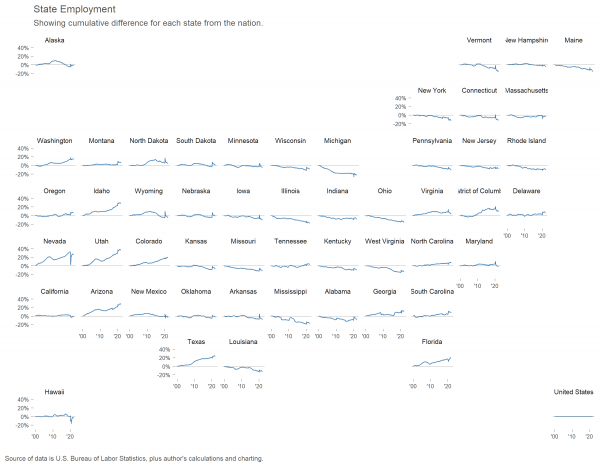 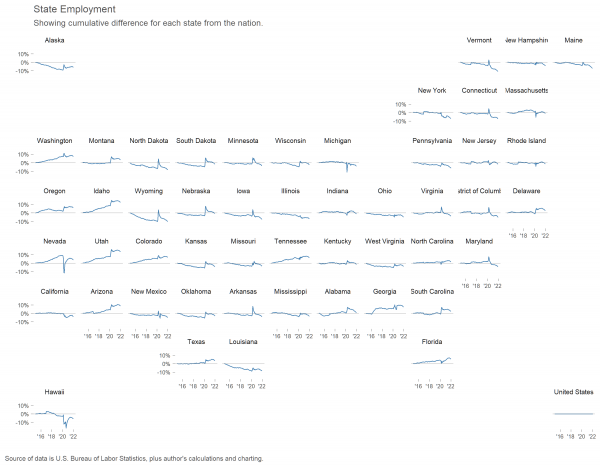 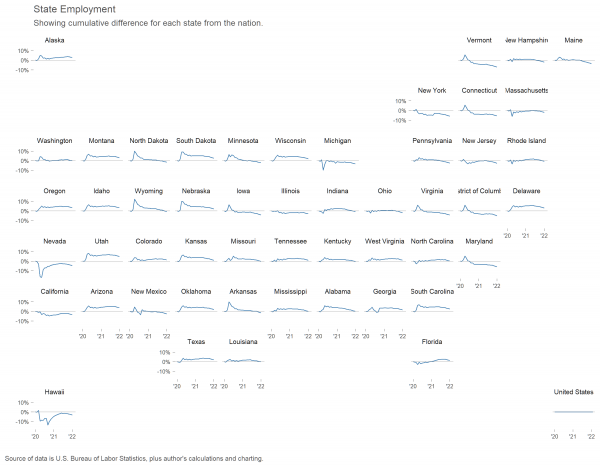 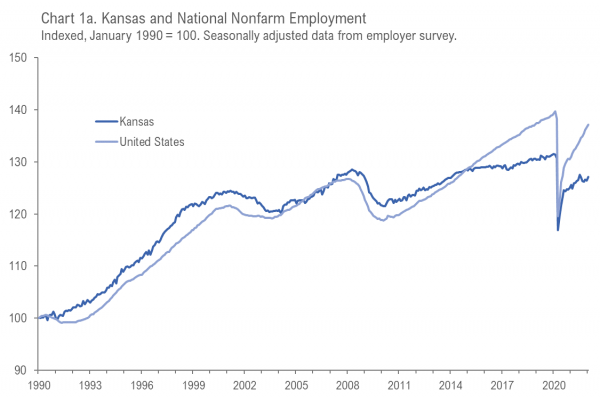 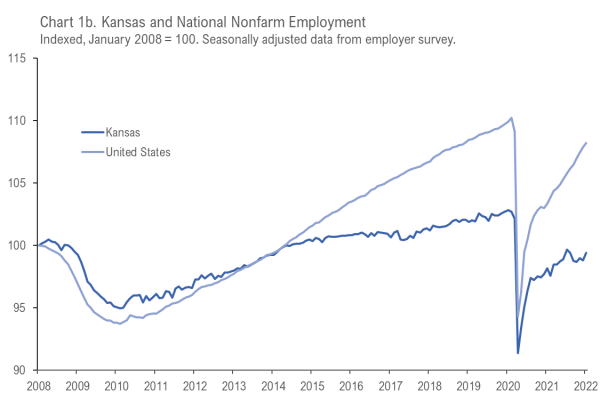 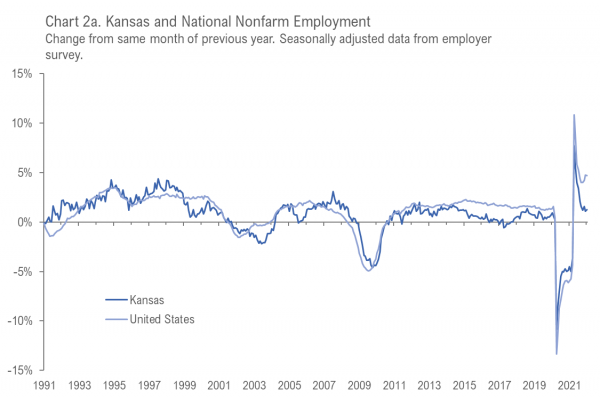 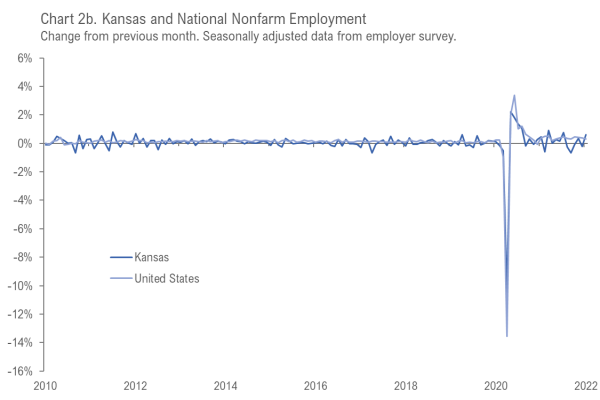