Wealth in Kansas and the States

How does Kansas compare in measures of household wealth?

The United States Census Bureau collects data regarding the wealth of households. Recently, the Bureau released this data on a state-by-state basis. I have gathered this data and present it in several charts and tables.

Note also that the mean and median values for most types of wealth vary by large factors. My article Wealth in the States explains.

In the nearby table and charts, we see that Kansas generally ranks in the lower half of the states in most categories.

To learn more about this data and use the interactive visualization, click on Wealth in the States. 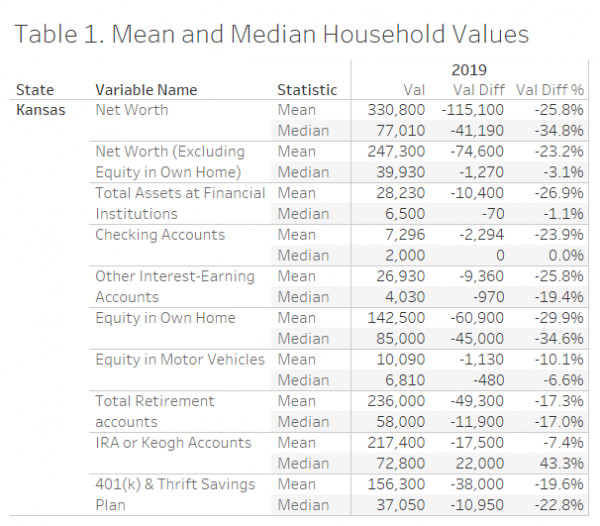 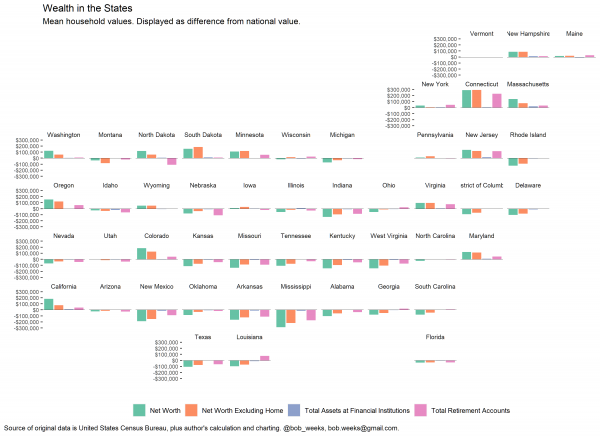 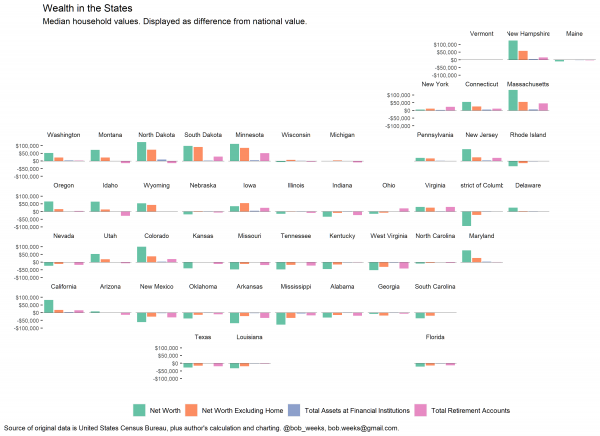