For the Wichita metropolitan area in January 2022, the major measures of the employment economy improved.

Data released today by the Bureau of Labor Statistics, part of the United States Department of Labor, shows an improving employment situation in the Wichita Metropolitan Statistical Area for January 2022. 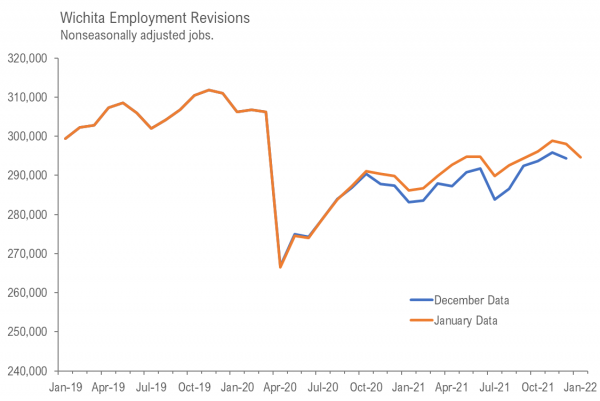 The following chart of the monthly change in the labor force and employment in Wichita over the past year shows both gains and declines. Since March the rate of change had been small as the economy settled into a more stable pattern as Wichita and the nation recovered from the pandemic. The decline in November was notably large, as is the increase in January. 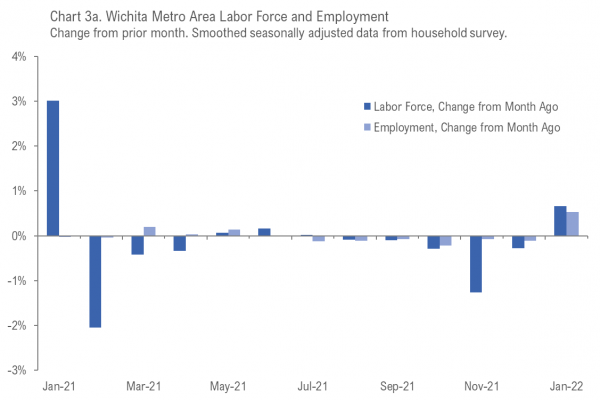 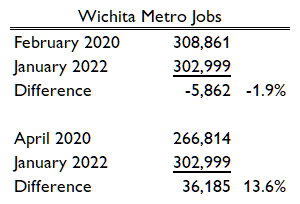 The following chart of changes from the same month one year ago shows Wichita almost always having more jobs than the year before. The labor force has varied up and down. 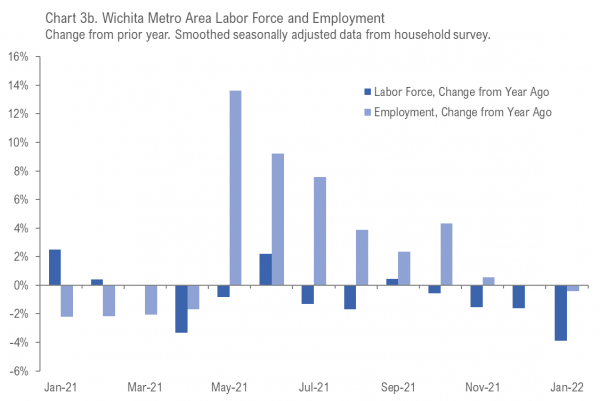 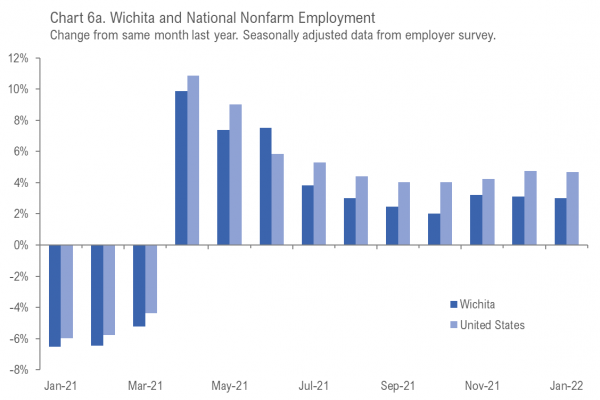 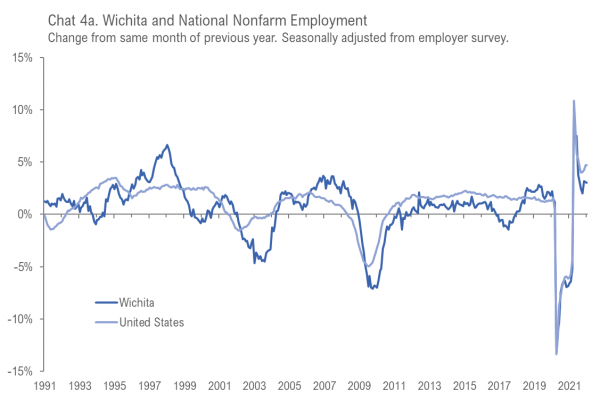 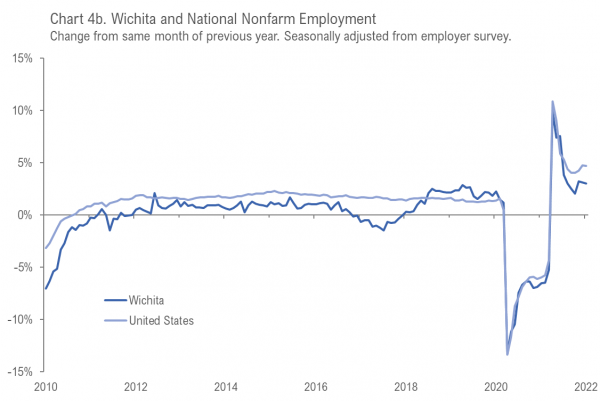 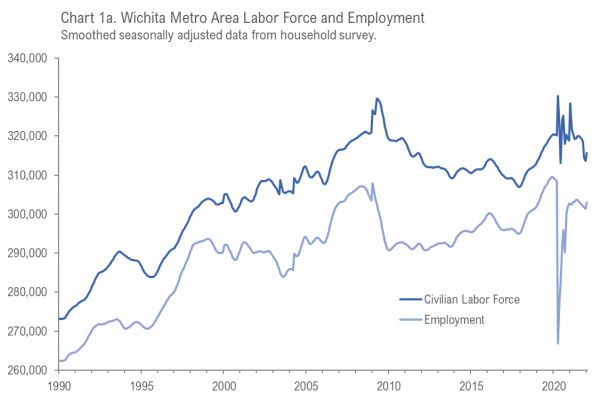 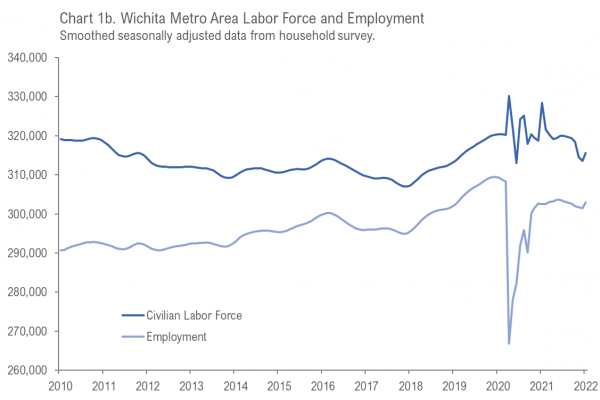 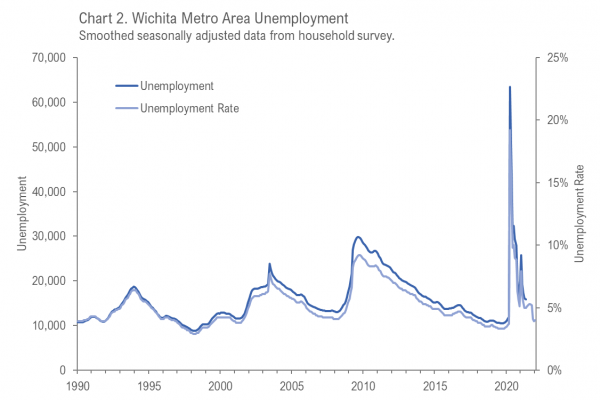