In Kansas for July 2022, the labor force fell slightly, the number of people working grew, and the unemployment rate stayed constant, all compared to the previous month. While the monthly change for Kansas ranks well, over the year Kansas job growth was worst among the states.

Data released from the Bureau of Labor Statistics, part of the United States Department of Labor, shows an improving employment picture in Kansas for June 2022 when compared to the previous month, although the unemployment rate rose slightly.

Of special note this month: Considering year-over-year nonfarm job growth, Kansas had the lowest value in the nation.

Chart 3 shows job changes from the previous month, and we can see both positive and negative changes for Kansas over the past year. 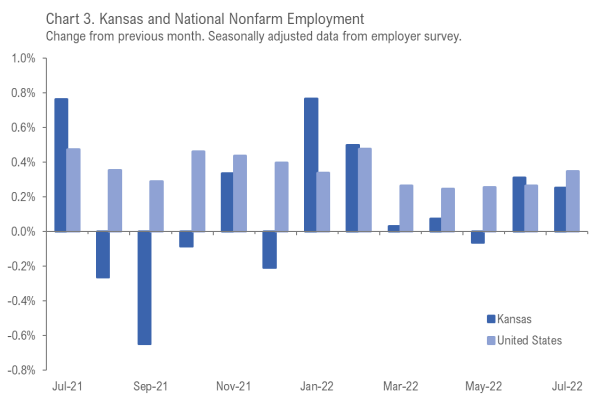 Chart 4a shows job changes from the same month one year ago. Note that the rate for Kansas is always, and usually significantly, below the rate for the nation. 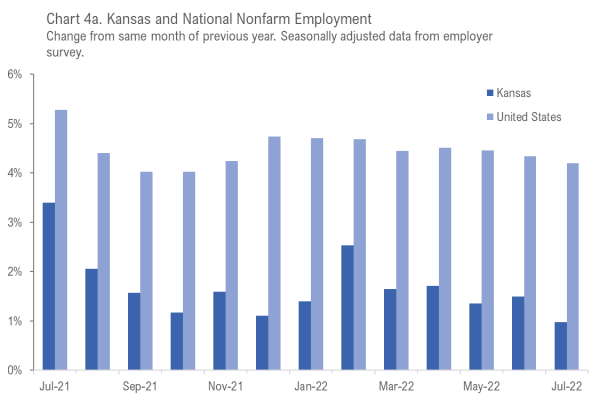 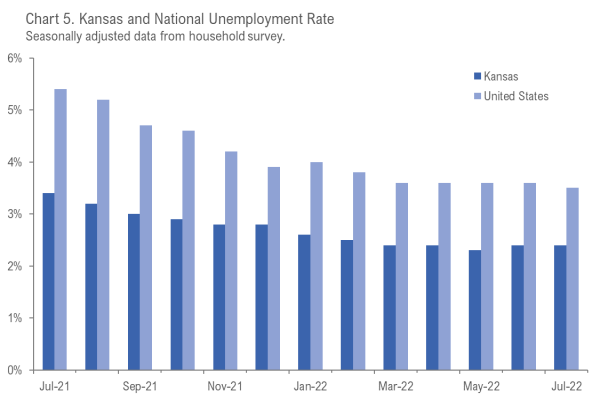 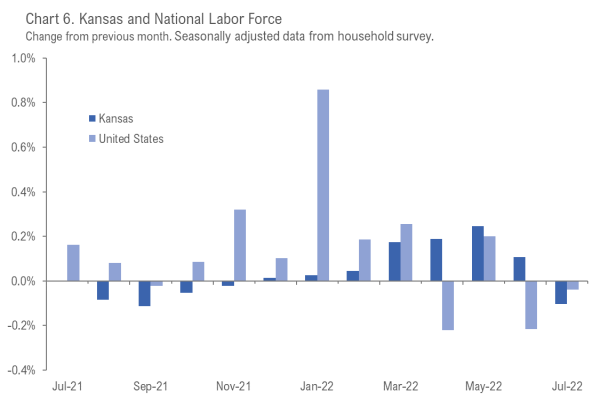 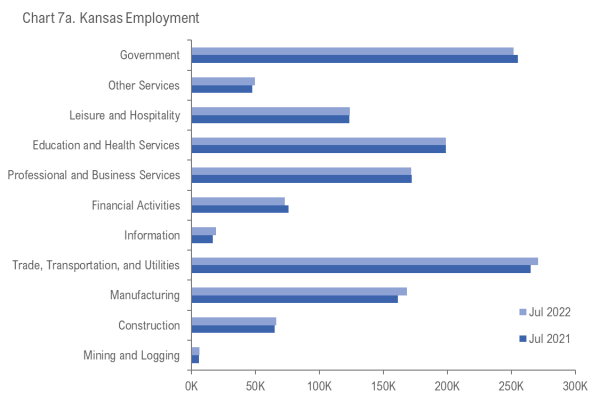 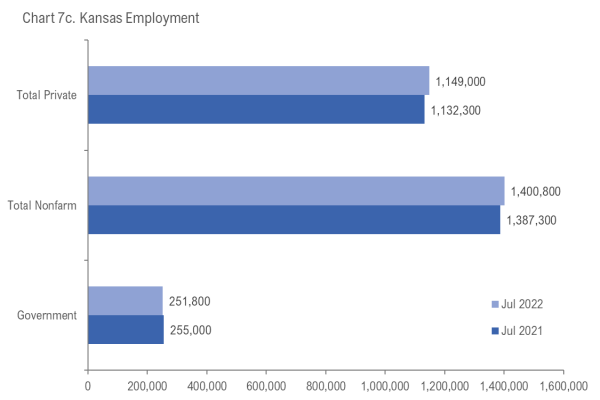 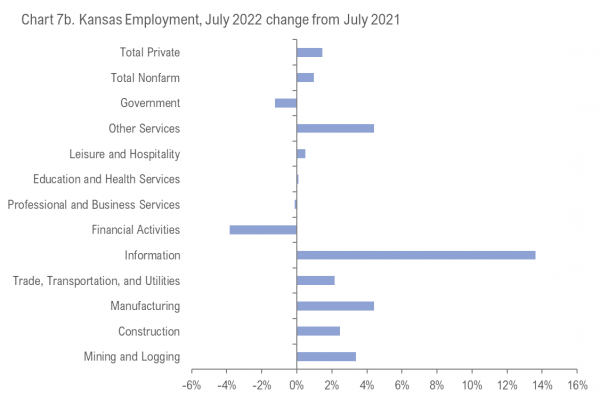 As mentioned earlier job growth in Kansas over the year has been lowest in the nation. The following chart shows the monthly and annual change in the number of jobs in the states, along with the rank of the state. The annual change in Kansas ranked fifty-first among the states and District of Columbia. For the monthly change, Kansas did better, ranking thirty-fifth. 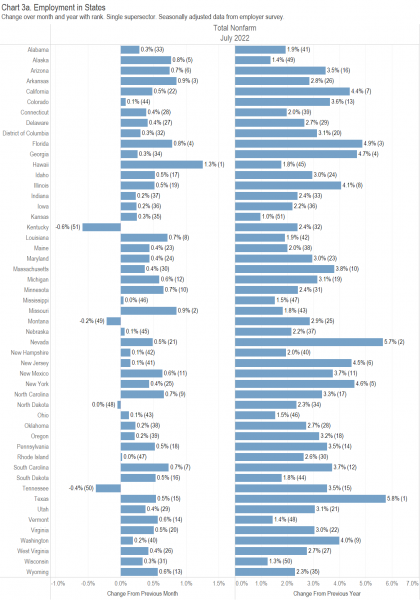 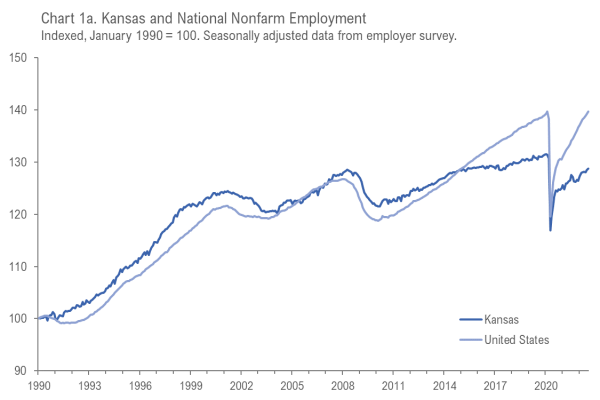 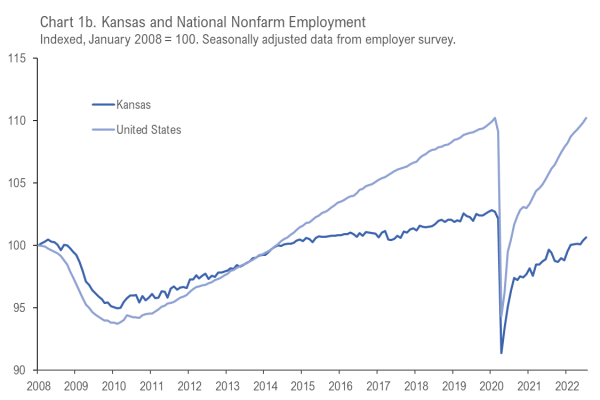 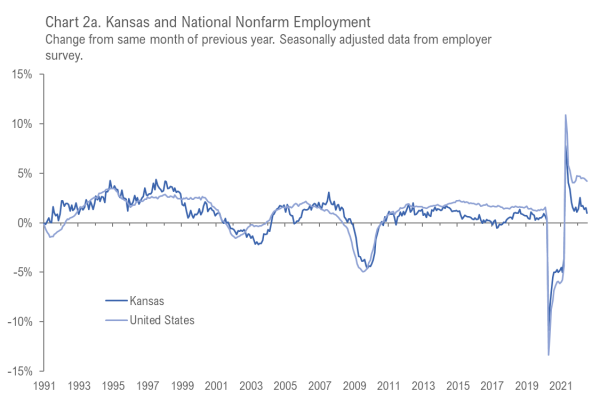 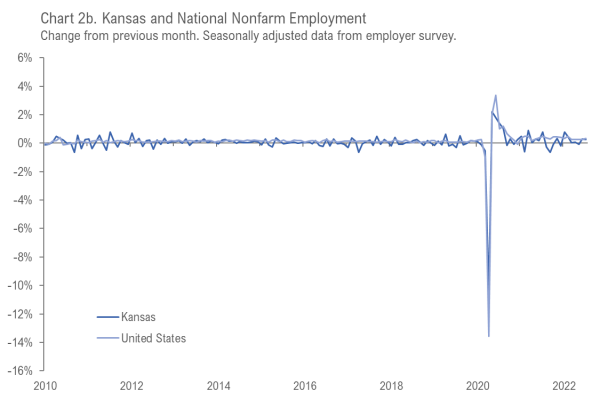