For the Wichita metropolitan area in July 2022, the unemployment rate fell slightly, and the number of jobs also fell slightly from the previous month.

Data released by the Bureau of Labor Statistics, part of the United States Department of Labor, shows a mosty unchanged employment situation in the Wichita Metropolitan Statistical Area for July 2022. 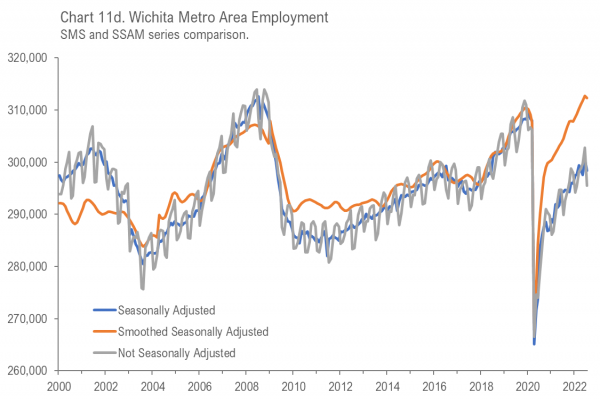 Chart 3a, the monthly change in the labor force and employment in Wichita over the past year, shows mostly gains, although these is July’s decline. 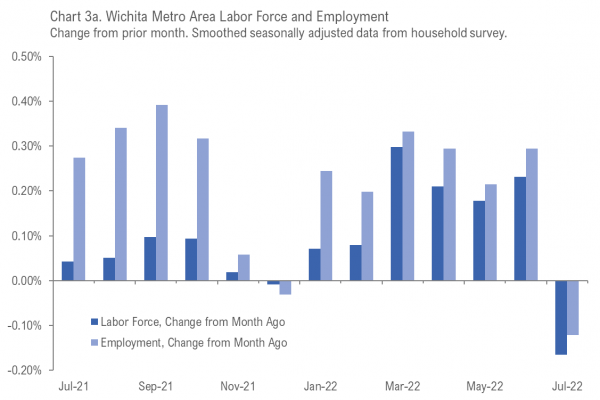 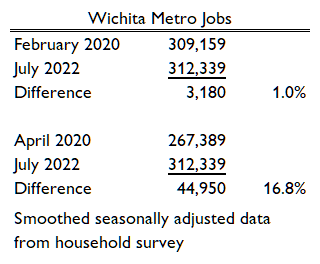 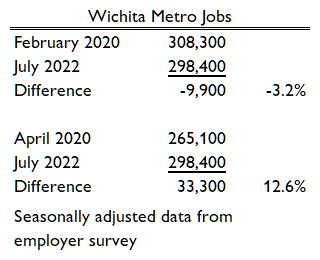 Chart 3b, showing changes from the same month one year ago, shows Wichita having more jobs than the year before in every month. The labor force has varied up and down when compared to the year before, but has been rising. 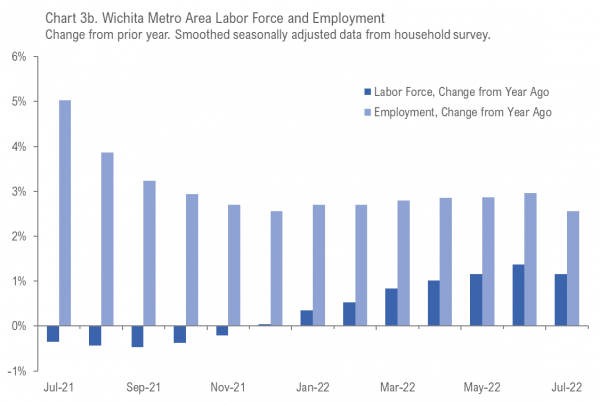 Chart 6a shows changes in employment from the same month of the previous year. The Wichita MSA generally follows the national trend in the sense that each month has greater employment than the same month a year ago. But Wichita’s number is always smaller than the nation’s, meaning the recovery in Wichita is slower. Additionally, the gap between Wichita and the nation is becoming larger. 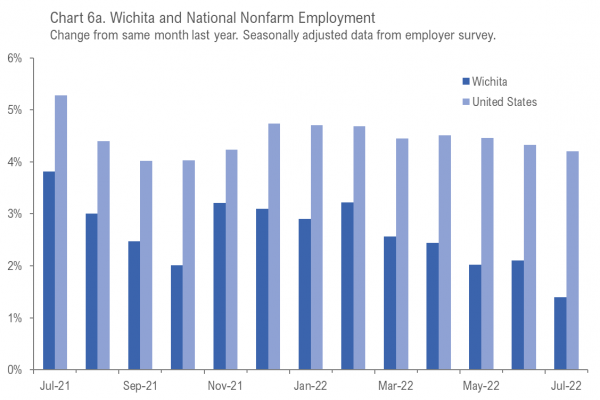 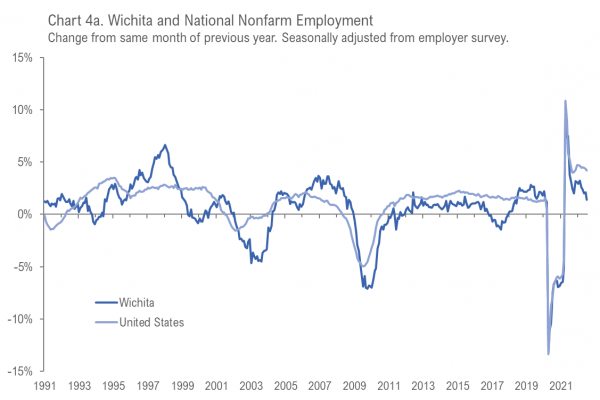 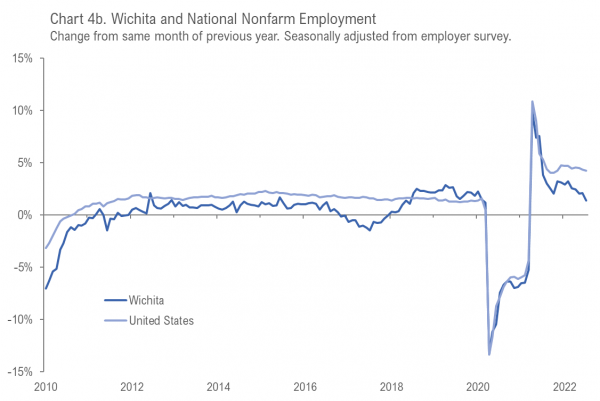 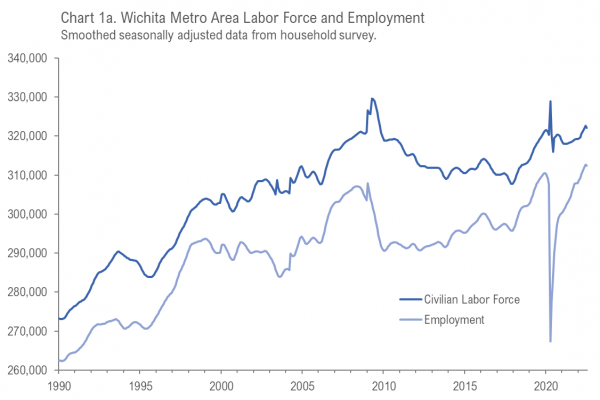 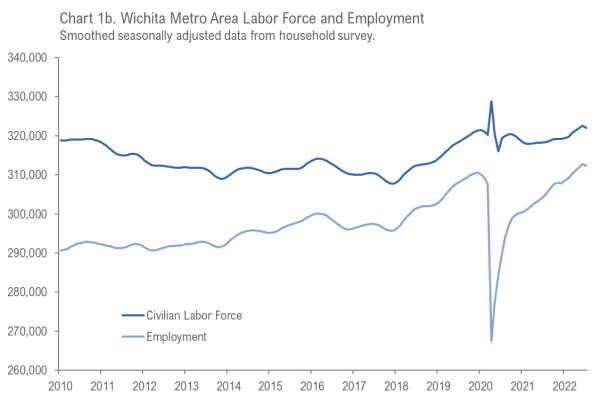 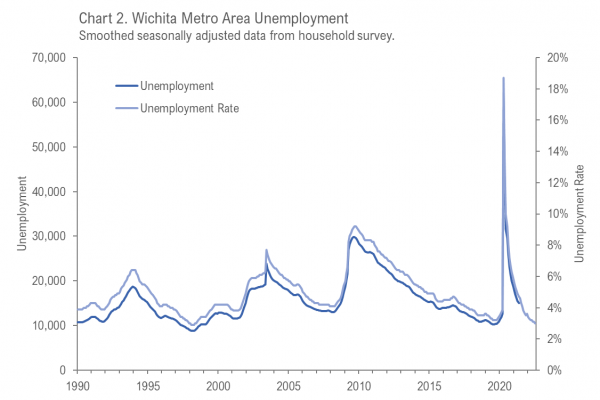