Why is business welfare necessary in Wichita?

A company in Wichita requires business welfare in order to capture a new business opportunity. What’s wrong with this picture? 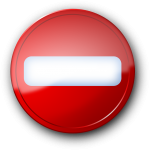 Our local and state economic development regime wanted Sedgwick county commissioners to approve a grant to a company without the commissioners knowing the entire spectrum of benefits the company will receive. Wichita city council members likely would have found themselves in the same position.

But we now know the details of economic development incentives approved and proposed for Triumph Aerospace Systems in Wichita. Press releases from Kansas Department of Commerce and Greater Wichita Economic Development Coalition didn’t give specifics. But based on the agreement between the Department of Commerce and Triumph, the state will give Triumph $100,000 immediately, and then $25,000 at the end of each of the next two years if job creation targets are met.

This $150,000 is in addition to two forgivable loans of $78,000 each expected to be granted by Sedgwick County and the City of Wichita. (Forgivable loans are like conditional grants. The loan is not repaid as long as targets are met.) That’s a total of $306,000.

This type of economic development action is routine in Wichita and Kansas. But, as measured in a variety of ways, Wichita economic growth and job creation is slow. So we ought to ask a few questions before proceeding.

First, what is wrong with Wichita’s business environment that in order for a company to expand, it must receive business welfare? I realize that “business welfare” is a harsh term. But how else do we describe these grants paid for through taxation?

Second: If there is no problem with Wichita’s business environment, and if these incentives are not necessary for the company to expand, why are we granting them?

Fourth: An analysis performed for Sedgwick County indicates a benefit-cost ratio of 1.31, meaning that for every $1.00 the county invests in this forgivable loan, it expects to receive $1.31. This inspires a question: If we really believe in this benefit to the county (and similar benefits to the city and state), why is the county investing only $78,000? And why doesn’t the county make more investments like this? Surely there are other worthy companies that need capital for expansion. If it really is so easy to induce economic growth and job creation, we should be doing things like this at every county commission meeting. Several times each meeting, I would say.

Fifth: Not all companies that expand receive incentives. How are other companies in Wichita able to expand or start without the aid of incentives?

Finally: A continuing goal in Wichita is to diversify our economy, to reduce the proportion of jobs and income earned in aviation and aerospace. Triumph, the company expanding, is in that industry. It’s not bad that the company is expanding. But the costs of these incentives are a burden to other companies that are starting and trying to establish themselves. Instead of diversifying our economy, this action further concentrates our economic base in a way that is deemed undesirable. Was this considered when evaluating this incentive opportunity versus others?

What to do, and not to do

Politicians and bureaucrats promote programs like these grants as targeted investment in our economic future. They believe that they have the ability to select which companies are worthy of public investment, and which are not. It’s a form of centralized planning by the state that shapes the future direction of the Wichita and Kansas economy.

These targeted economic development efforts fail for several reasons. First is the knowledge problem, in that government simply does not know which companies are worthy of public investment. This lack of knowledge, however, does not stop governments from creating policies for the awarding of incentives. This “active investor” approach to economic development is what has led to companies receiving grants or escaping hundreds of millions in taxes — taxes that others have to pay. That has a harmful effect on other business, both existing and those that wish to form.