Questions for the next Wichita city attorney: Number 2

Wichita’s city attorney is retiring, and the city will select a replacement. There are a few questions that we ought to ask of candidates. Will the next city attorney continue to obstruct government transparency or be an advocate for citizens’ right to know? 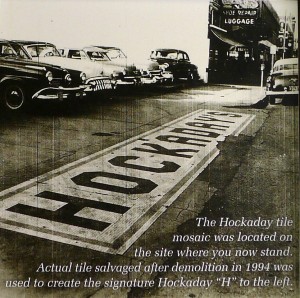 Since 2009 I have advocated for greater transparency regarding spending data for three quasi-governmental agencies. Others have since joined the quest. The agencies are Go Wichita Convention and Visitors Bureau, Wichita Downtown Development Corporation, and Greater Wichita Economic Development Coalition. (See Open Government in Kansas for more information.)

Each agency contends it is not a “public agency” as defined in Kansas law, and therefore does not have to fulfill records requests. Mayor Carl Brewer and all council members except former Wichita City Council Member Michael O’Donnell (district 4, south and southwest Wichita) are comfortable with this tortured interpretation of the law. Inexplicably, the Sedgwick County District Attorney agreed with the city.

I, along with many others, believe the city’s interpretation of the law is incorrect. So do many in the Kansas Legislature, and legislative attempts have been taken there to eliminate the ability of Wichita to keep public records from the public. I call it Gary’s Law, after Wichita City Attorney Gary Rebenstorf, who provides the legal advice the city relies upon.

The legal stance of the City of Wichita certainly isn’t good public policy. It’s contrary to both the letter and spirit of the Kansas Open Records Act (KORA), which opens with: “It is declared to be the public policy of the state that public records shall be open for inspection by any person unless otherwise provided by this act, and this act shall be liberally construed and applied to promote such policy.

But the attitude of Rebenstorf and the city council towards open records and government transparency, as gauged accurately by Randy Brown, is to rely on facile legal arguments to avoid complying with the unmistakably clear meaning and intent of the law.

Citizens should be able to learn how taxpayer money is spent. Agencies like Go Wichita, WDDC, and GWEDC need to open their check registers as has Sedgwick County, for example. In the meantime, there is nothing to prevent the city from asking these agencies to act as though they are public agencies as defined in the Kansas Open Records Act and to fulfill records requests. This would let Wichitans know that the city is truly interested in open and transparent government.

In the meantime, there is nothing to prevent the city from asking these agencies from acting as though they are public agencies as defined in the Kansas Open Records Act and to fulfill records requests. This would let Wichitans know that the city is truly interested in open and transparent government.

Until the city asks that these quasi-governmental organizations subject themselves to the Kansas Open Records Act, the message from the City of Wichita is clear: Accountability and transparency is provided on the city’s terms, not on citizens’ terms and the law. Will the next Wichita city attorney agree with the closed stance of the current regime, or be an advocate for greater government transparency?