Speaking this week to the Wichita City Council, Celeste Racette described the detiorating state of Century II, Wichita’s performing arts and convention center. Her presentation may be viewer on the city’s YouTube channel starting here.

She told the council that while performing landscape work, volunteers found pieces of Century II’s blue roof on the ground. White portions of the roof can be seen from the Kellogg overpass, she said, indicating a peeling roof. She urged the council to fix the roof, possibly applying for historic preservation tax credits as a source of funds.

In response to an inquiry by Mayor Brandon Whipple, city manager Robert Layton said that the city is working to identify short-term and medium-term capital improvement needs and to develop a budget. He apologized that this list had not been shared with Racette.

In March I had become interested in this matter, and I searched city documents and prepared this summary:

There was roof work in 2002 projected to last ten years. The cost of this project was $302,122, according to city council agenda material.

Starting with the 2009 Capital Improvement Plan (CIP) there is language like this: “The Adopted CIP does include $20 million for renovations of Century II.”

In 2014 there was a council agenda item where funding for Century II roof replacement was mentioned. “… staff recommends shifting $3.4 million from a GO at-large budgeted Century II improvement project included in the 2011-2020 Adopted CIP. … Moving the roof replacement to Transient Guest Tax funding is possible by delaying improvements to Kennedy Plaza, pending further studies of the convention center.”

In the 2017 CIP, the amounts for renovation have disappeared and do not appear in following CIP documents through 2021.

In April 2016, as part of a larger assessment, a construction company provided a cost estimate for the needed roof work. The cost was $4,776,279.

I sent this material to the mayor. His assistant told me that he discussed this with the manager, and that the manager said there are plans to make improvements to Century II, including the roof. This is consistent with what the manager told the council this week.

Past councils had not wanted to spend money on Century II. With the future of the building in doubt, perhaps this made sense to some council members. But even if the city started today to plan and build a new performing arts center, it might be five years before it would be ready, and Century II would be needed during that period. Additionally, even with a new performing arts building, there may be a continuing role for Century II. 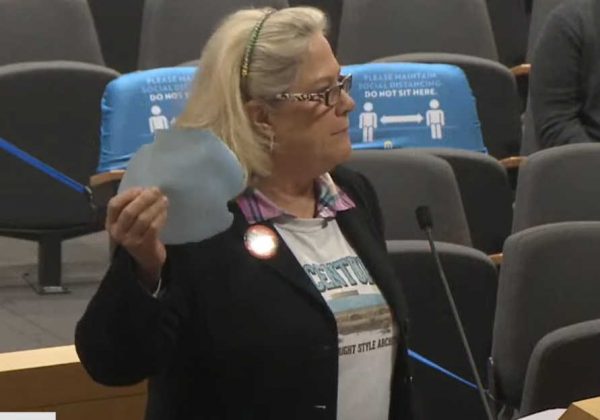