For the Wichita metropolitan area in March 2022, the major measures of the employment economy improved, although Wichita continues improving at a slow rate.

Data released by the Bureau of Labor Statistics, part of the United States Department of Labor, shows an improving employment situation in the Wichita Metropolitan Statistical Area for March 2022.

The following chart of the monthly change in the labor force and employment in Wichita over the past year shows mostly gains. 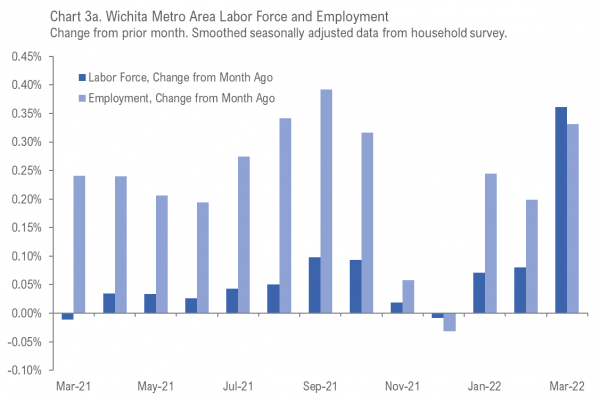 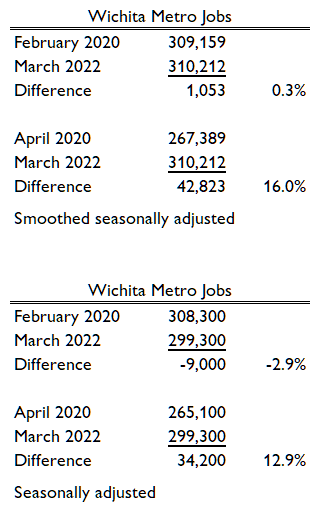 As of March 2022, the Wichita MSA had 1,053 more jobs (0.3 percent) than in February 2020, the last full month before the start of the pandemic, and 42,823 more jobs (16.0 percent) than in April 2020, the first month after the beginning of the pandemic. These figures are from the smoothed seasonally adjusted series. The regular seasonally adjusted data is quite different, primarily because of the March 2022 number. 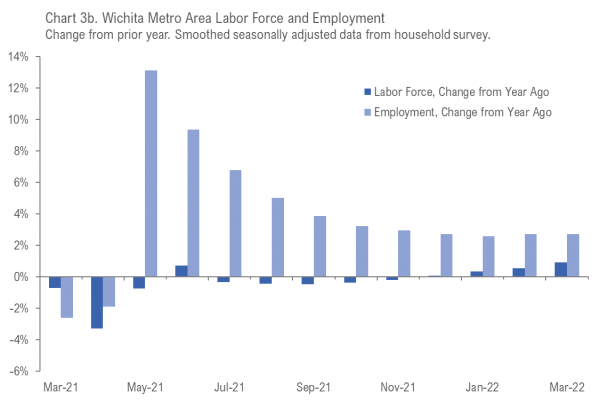 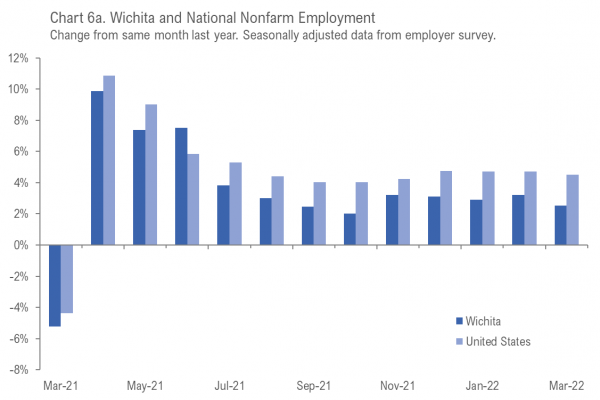 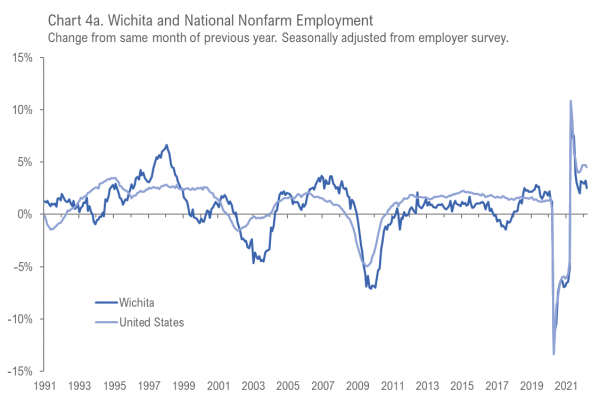 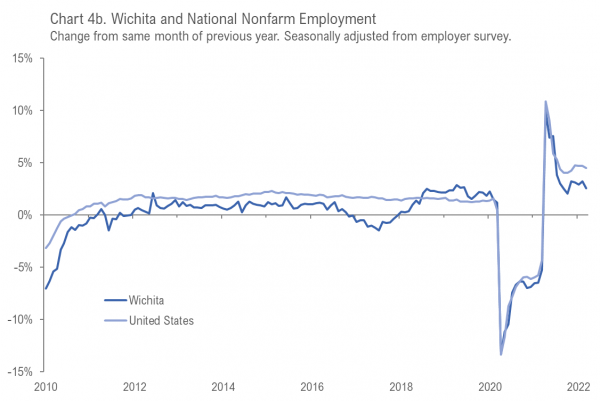 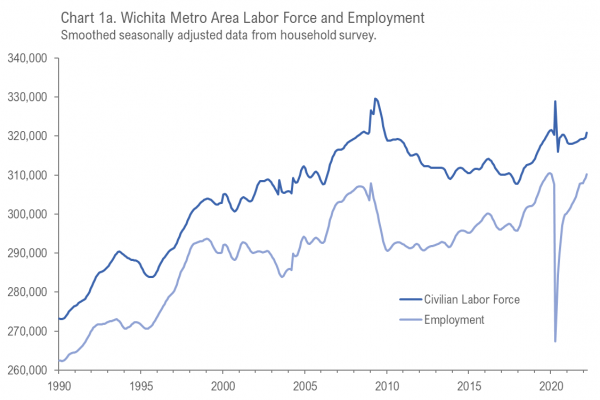 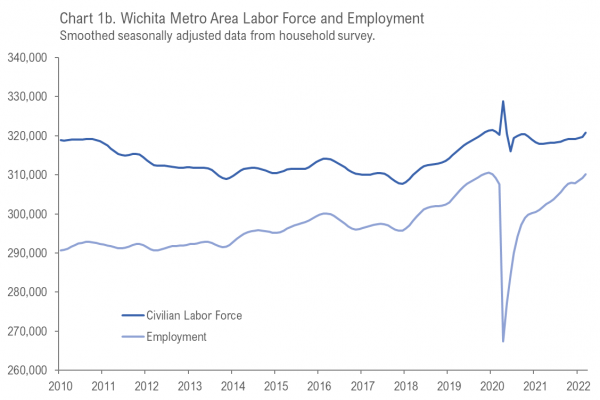 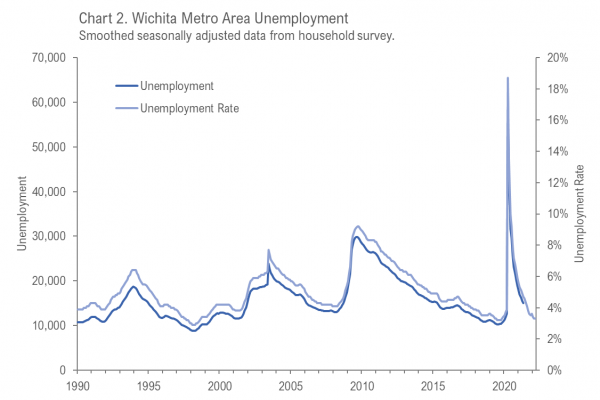