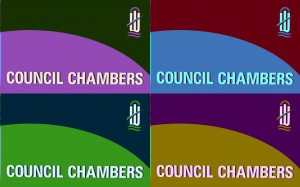 Update: The council deferred this item to a later date.

Giving that impression, though, would be false — and unethical.