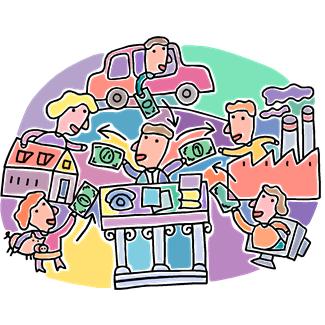 A feature of Wichita’s recently-revised economic development policy grants property tax and sales tax forgiveness for speculative industrial buildings. These are buildings built without having a tenant in place. The proposed plan had a formula that grants a higher percentage of tax forgiveness as building size increases, but the council eliminated that and voted a 100 percent tax abatement for all buildings larger than 50,000 square feet.

Given tax costs and industrial building rents, this policy gives these incentivized buildings a cost advantage of about 20 percent over competitors. That’s very high, and makes it difficult for existing buildings to compete. Probably no one will build these buildings unless they qualify for and receive this incentive.

The city hopes that these incentivized buildings will generate new jobs in Wichita. But there appears to be nothing in the policy that prevents existing Wichita companies from moving to these buildings. If this happens, it doesn’t create any new jobs. The company that moves will save a lot in property taxes. Some other landlord in Wichita will have empty space, not through his own fault, but because of Wichita city policy.

This is what has happened. The first tenant for the first building built under this incentive policy is a company already in Wichita. It’s simply moving its existing operations within the city. The Wichita Business Journal reports that an existing Wichita company will vacate its current space to move in to the new building. It will use about one-third of the available space. (Big industrial spec building signs first tenant)

(Paying less in property taxes is good, as money remains in the private sector instead of being transferred to government. But city hall doesn’t believe this. Politicians and bureaucrats want to increase the tax base, but here is an example of giving it away.)

Will the owners of speculative buildings rent only to companies newly moving to Wichita, or will they rent to whoever is willing to pay? Will Wichita companies want to move to a new building with cheaper rent? We now have answers to these questions. So far, the city’s new policy has simply moved jobs from one location to another, creating no new jobs. It has harmed landlords with existing buildings.

Existing industrial landlords in Wichita — especially those with available space to rent — must be wondering why they attempt to stay in business when city hall sets up subsidized competitors with new buildings and a large cost advantage.

Citizens must wonder about equality. A principle of taxation is that everyone pays equally, and that policy should be applied uniformly. But this program creates a special class of landlords and tenants who do not have to bear their full share of the cost of city, county, school district, and state government.

We must ask ourselves what do we really get for the cost of incentives. Alan Peters and Peter Fisher wrote an academic paper titled The Failures of Economic Development Incentives, published in Journal of the American Planning Association. A few quotes from the study, with emphasis added:

In 2008 Kansas Legislative Division of Post Audit investigated spending on economic development. It found about the same as did Peters and Fisher.

There is one incentive that can be offered to all firms: Reduce tax costs for all. The Tax Foundation report from last year should be a shrill wake up call to the city and state that we must change our ways.

There is a lesson to be learned: Economic development incentives have a cost. Other businesses (and people) have to pay these costs. That only increases the motivation to seek incentives from the city and state. In fact, it may make it necessary to receive subsidies in order to be competitive with those companies who have incentives.

All this raises the cost of government. It’s a spiral that leads to ever-increasing control of economic activity by city hall. If all this produced results, that would be one thing. But Wichita has been lagging in economic growth for many years. The results of the first project undertaken under a new Wichita economic development policy holds clues as to why Wichita lags behind.

Wichita needs to build a dynamic economy that is based on free enterprise and entrepreneurship rather than government planning and handouts. This is the way we can have organic and sustainable economic development that will increase jobs and prosperity for everyone.