A real estate development in College Hill was not successful. What does this mean for city taxpayers? 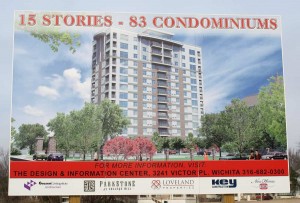 Seeking to promote the redevelopment of land northeast of Douglas and Hillside, the City of Wichita entered into agreements with Loveland Properties, LLC, College Hill Urban Village LLC, and CHUV Inc. The original plans were grand: A Northeast Brownstone Complex located at the northeast corner of Victor and Rutan, a Condominium Tower and Brownstone Complex, a West Brownstone Complex, and the South Retail/Residential Complex. A city analysis in 2007 projected that by 2010 the value of these projects would be $61,817,932.

Unfortunately, this project did not proceed as planned. The Northeast Brownstone Complex was built, and nothing else. Those brownstone condominiums proved difficult to sell. The project held great promise, but for whatever reasons things did not work as planned, and the city has lost an opportunity for progress.

The questions now are: What is the impact on taxpayers? Is there anything to learn as the city moves forward with other public-private partnerships?

City documents tell the story of this project, if you know how to read between the lines. 1

City document says: “The City financed $3,685,000 in TIF bonds in 2014.”
What it means to you: Tax increment financing, or TIF, is a method of economic development financing whereby additional property taxes (the “increment”) are redirected back to a real estate development. In this case, the city sold these bonds and gave the proceeds to the developer. Then — according to plan — as property values rose, the correspondingly higher property taxes generated by the development would pay off the bonds. Except, property values did not rise. So who pays? According to the bond documents, 2 “The full faith, credit and resources of the Issuer are hereby pledged for the payment of the principal of and interest on this Bond.” The Issuer is the City of Wichita, and the resources the city has to pledge are taxes it collects from its taxpayers. 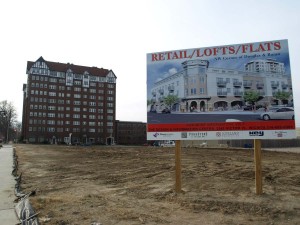 City document says: “An additional amount of tax exempt expenses related to the project, totaling $1,785,000, were paid off by the Finance Department using cash from the Debt Service Fund.”
What it means to you: These costs were to be paid by the developer, but the developer did not pay. So, the city’s Debt Service Fund was used. The Debt Service Fund gets its money from taxpayers, and this money is being used to pay off a debt owed by a private person. This is necessary because the debt payment is guaranteed by the city, which in turns means it is guaranteed by the taxpayers. If not spent to satisfy the debt for this project, this money might have been used to pay off other city debt, reduce taxes, pay for more police and firemen, fix streets, and satisfy other needs.

City document says: “The City will be responsible for maintenance and property taxes for the property until the property can be sold.”
What it means to you: More expense for city taxpayers.

City document says: “Any tax increment generated from existing and future development will be used to repay TIF bonds. Staff does not expect remaining TIF revenue to be sufficient to repay the outstanding debt.”
What it means to you: As explained above, taxpayers are on the hook for these bonds.

The original agreement with the developer says: “In addition to all the terms, conditions and procedures for fulfilling these obligations, the Development Agreement also provides for a Tax Increment Shortfall Guaranty in which the developer and other private entities with ownership interest in the project are required to pay the City any shortfall in TIF revenue available to pay debt service on TIF bonds.”
What it means to you: Nothing. It should mean something. The city tells us its participation in these ventures is free of risk to citizens. That’s because recipients of incentives like TIF pledge to hold the city harmless if things don’t work out as planned. In this case, if the TIF district revenue is not enough to pay the TIF district bonds, the developer has pledged to pay the difference. But it is unlikely that the city will be able to collect on the promise made by this developer.

But there may be good news: The first phase of the project, the brownstones, is now owned by Legacy Bank. Hopefully, the city will be able to collect the TIF shortfall from this new owner so that taxpayers don’t have to pay.

The project plan formulated by the city says: “Net tax increment revenue is available to pay debt service on outstanding general obligation bonds issued to finance eligible project costs.” This statement is true if everything works as planned. But real estate development is risky. Things may not work out as planned. City documents don’t tell taxpayers this. Instead, city leaders present these projects as though everything will work out as planned.

There is some undeveloped land that was to be used in future phases of the project. But even empty land is harmful to city taxpayers, as city documents state: “The developer has not paid property taxes on the parcels from 2010 to 2015, resulting in $400,080 in current and delinquent taxes owed. The City will now be responsible for the taxes.”