Wichitans taxed into a lower standard of living

Every decent man is ashamed of the government he lives under.
— H.L. Mencken 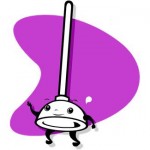 This week the Wichita City Council voted to force Wichitans to spend $1 million to help their fellow citizens reduce their standard of living.

I’m not kidding. $100 rebates will be paid to the purchasers of up to 10,000 low-flush toilets. To the extent that these toilets replace fully-functional toilets, civilization takes a step backwards.

(The rebate program covers other appliances besides toilets, so we don’t know how many low-flush toilets will be purchased. But it could be up to 10,000.)

Whatever the number is, Wichita is spending a lot of other peoples’ money to accomplish a vanishingly small goal, and at the cost of convenience. In net, it is a huge loss.

One of the most interesting books I’ve almost read is a collection of essays by Jeffrey A. Tucker titled Bourbon for Breakfast: Living Outside the Statist Quo. Chapter 4 is titled “The Relentless Misery of 1.6 Gallons,” which refers to the amount of water modern toilets are allowed to use per flush. They used to use 3.5 to 5 gallons per flush. Here’s Tucker’s take on this “advancement” and what more Wichitans can look forward to:

We have all gotten used to a reduced standard of living — just as the people living in the Soviet Union became accustomed to cold apartments, long bread lines, and poor dental care. There is nothing about our standard of living that is intrinsic to our sense of how things ought to be. Let enough time pass and people forget things.

So let us remember way back when:

Toilets did not need plungers next to them, and thank goodness. Used plungers are nasty, disease carrying, and filthy. It doesn’t matter how cute the manufacturer tries to make them or in how many colors you can buy them. In the old days, you would never have one exposed for guests. It was kept out in the garage for the rare occasion when someone threw a ham or something stranger down the toilet. …

You never had any doubt about the capacity of the toilet to flush completely, with only one pull of the handle. The toilet stayed clean thanks to five gallons of rushing water pouring through it after each flush.

Then, Congress passed the 1.6 gallons per flush law. The result?

The result is an entire society of poorly working toilets and a life of adjustment to the omnipresence of human feces, all in a short 15 years. Thanks so much, Congress!

Of course the environmentalists are in on the whole project. They started telling us back in the 1970s that our large tanks were sheer waste. We should put bricks in them to save and conserve. If you didn’t have a brick in your toilet, you were considered irresponsible and a social misfit. Eventually of course the brick became, in effect, a mandate, and finally toilet tanks were reduced to one third of their previous size.

Back then, it was just assumed that toilet manufacturers cared nothing at all about wasting water. Surely there was no rationale at all for why they consumed five gallons per flush as opposed to 1.6 gallons. This is just capitalist excess and down with it!

Well, think again: there was wisdom in those old designs. The environmentalists didn’t account for the present reality in which people typically flush twice, three times, or even four times during a single toilet event. Whether this ends up using more or less in the long run is entirely an empirical question, but let us just suppose that the new microtanks do indeed save water. In the same way, letting people die of infections conserves antibiotics, not brushing teeth conserves toothpaste, and not using anesthesia during surgery conserves needles and syringes.

Here is the truth that environmentalists do not face: Sometimes conserving is not a good idea. There are some life activities that cry out for the expenditure of resources, even in the most generous possible way. I would count waste disposal as one of those.

It is also possible that some people just like to get their kicks out of spreading misery and making it impossible for us to enjoy a clean and prosperous life. Like Puritans of old, they see virtue in suffering and would like to see ever more of it. It sounds perverse, but such an ethos does exist. And clearly, government doesn’t care in the slightest.

Wichtans need to remember this: That instead of working to increase water supply, the mayor and all city council members voted to force people to pay taxes so that others can buy lower-performing appliances. This is the government we live under.