(This article has been revised to reflect a data entry error.)

New figures from the Kansas State Department of Education show that spending on public schools in Kansas is rising in actual dollars, and holding steady in inflation-adjusted dollars.

The nearby table presents Kansas school spending figures for recent years. Figures are adjusted for inflation by the consumer price index (CPI), using 2013 as the base year. Charts appear at the end of this article. 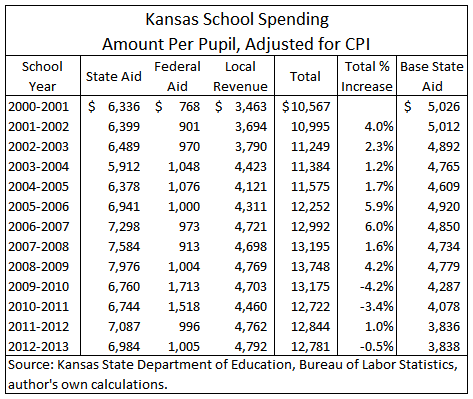 Note that base state aid per pupil, adjusted for inflation, is lower than it was during the previous decade. Total Kansas state spending on schools, however, has recovered to the same level as 2007.

Base state aid should not be focus

The decline in base state aid per pupil is a convenient fact for public school spending boosters. They can use a statistic that contains a grain of truth in order to whip up concern over inadequate school spending. They can cite this as an argument for increasing spending, even though spending has been rising.

Further, citing only base state aid reduces “sticker shock.” Most people are surprised to learn that our schools spend $12,781 per student. It’s much easier to tell taxpayers that only $3,838 was spent. But that’s not a complete picture, not by far. 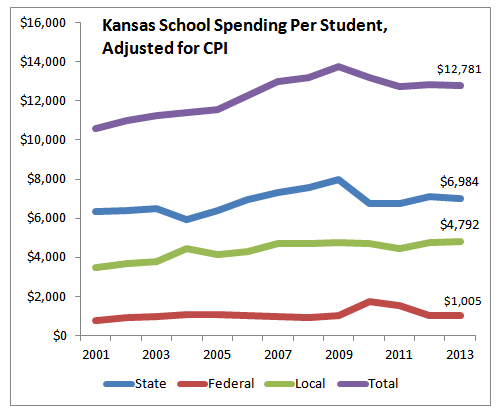 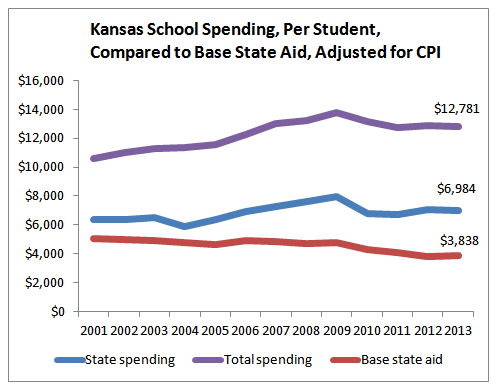