USA versus You: The problem of overcriminalization

Events in recent months have justifiably caused Americans to ask whether a powerful, activist, and interventionist government and bureaucracy is good to have. Those who have been looking at overcriminalization, however, have known that government and regulatory agencies have been targeting and oppressing Americans for a long time. And it’s getting worse. 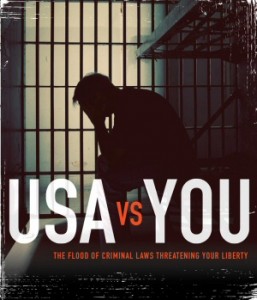 The new website USAvsYOU.com holds useful information for Americans to know about how law has changed in recent years, compared to how it operated for centuries before. The booklet available for reading is titled USA vs. You: The flood of criminal laws threatening your liberty.

As an example, here is a troubling trend:

In many criminal laws, the “guilty mind” requirement has been removed or weakened. This means people can go to prison regardless of whether they intended to break the law or knew their actions were in violation of the law.

Today, many criminal laws and regulations have insufficient or no mens rea (guilty mind) requirement — meaning, a person need not know that his or her conduct is illegal in order to be guilty of the crime.

An example story is the following:

THE CRIME: Rescuing a baby deer

Jeff Counceller, a police officer, and his wife Jennifer spotted an injured baby deer on their neighbor’s porch. Instead of turning a blind eye to the dying fawn, the Councellers took the deer in and nursed it back to health.

An Indiana Conservation Officer spotted the fawn (named Dani) in the Councellers’ yard — and promptly charged the couple with unlawful possession of a deer, a misdemeanor offense. Fortunately for her, the day that “Little Orphan Dani” was to be euthanized by the state, the deer escaped into the wild. Due to public outrage, the government dropped the charges.

The website and booklet is a product of Heritage Foundation and it partners such as the American Civil Liberties Union. Heritage has been covering the issue of overcriminalization here. It describes the problem as this: “Overcriminalization describes the trend to use the criminal law rather than the civil law to solve every problem, to punish every mistake, and to compel compliance with regulatory objectives. Criminal law should be used only if a person intentionally flouts the law or engages in conduct that is morally blameworthy or dangerous.”

We have problems like this in Wichita, believe it or not. An ordinance passed by the Wichita City Council in 2010 might ensnare anyone visiting city hall, if they happen to have a broad-tip marker in their purse or briefcase: 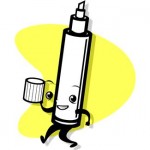 “Possession of Graffiti Implements Prohibited in Public Places. It is unlawful for any person to have in his/her possession any graffiti implement while in, upon or within one hundred (100) feet of any public facility, park, playground, swimming pool, skate park, recreational facility, or other public building owned or operated by the city, county, state, or federal government, or while in, under or within one hundred (100) feet of an underpass, bridge, abutment, storm drain, spillway or similar types of infrastructure unless otherwise authorized.”

“Graffiti implements” are defined broadly earlier in the ordinance.

If you’re thinking about a career in taxicab driving, be advised that the city has ordinances punishing you if you’re found to have violated these standards: “Fail to maintain their personal appearance by being neat and clean in dress and person” and “Fail to keep clothing in good repair, free of rips, tears and stains.”