For the Wichita metropolitan area in November 2021, the unemployment rate fell by a large amount, primarily because of a significant decline in the labor force.

Data released today by the Bureau of Labor Statistics, part of the United States Department of Labor, shows a declining employment situation in the Wichita Metropolitan Statistical Area for November 2021. The unemployment fell, but not for positive reasons.

The statistics don’t tell us why the unemployment rate fell. Perhaps there are 3,644 fewer unemployed persons in Wichita because they all left town, which means they also left the Wichita labor force. In the net, this produces the (nearly) same unemployment rate. So if we see any politicians or bureaucrats boasting of the low unemployment rate for November, let’s ask if they know why.

The following chart of the monthly change in the labor force and employment in Wichita over the past year shows both gains and declines. The rate of change since March had been small as the economy settles into a more stable pattern as Wichita and the nation recovered from the pandemic. But the change for November is much larger. 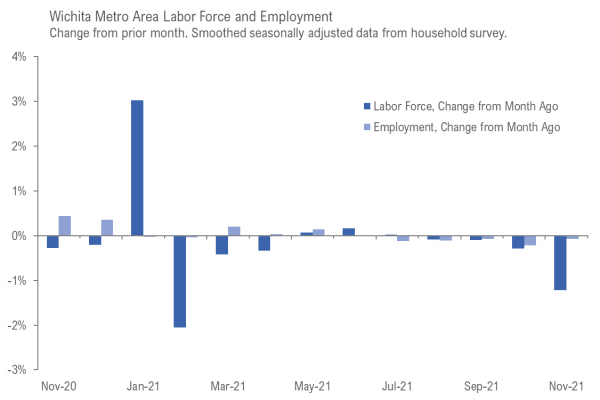 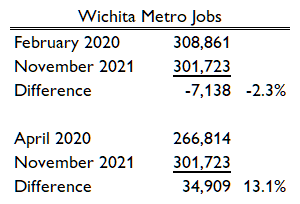 The following chart of changes from the same month one year ago shows Wichita now having more jobs than a year ago for the past seven months. The labor force has varied up and down. 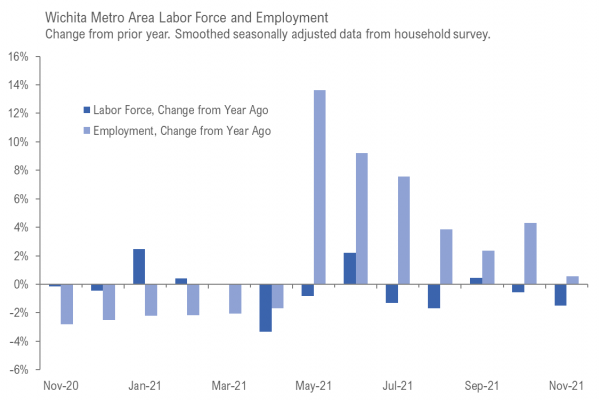 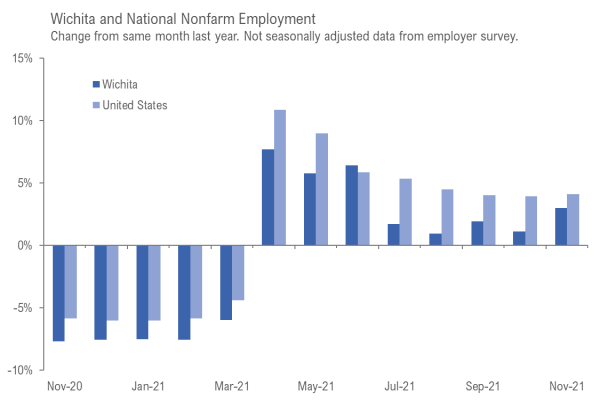 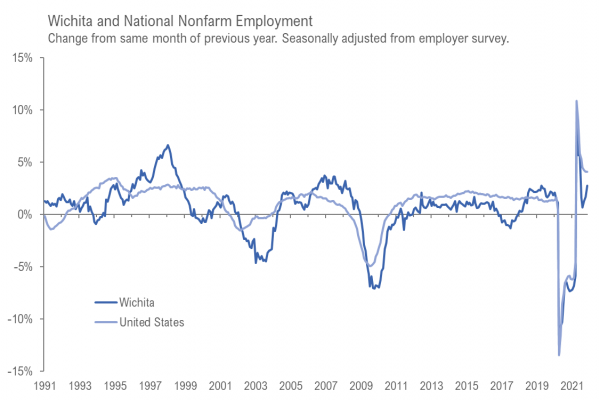 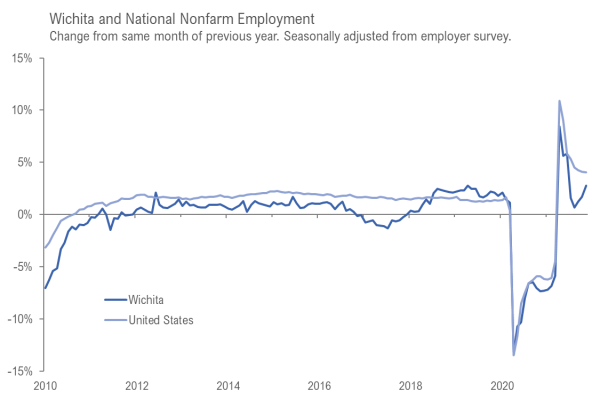 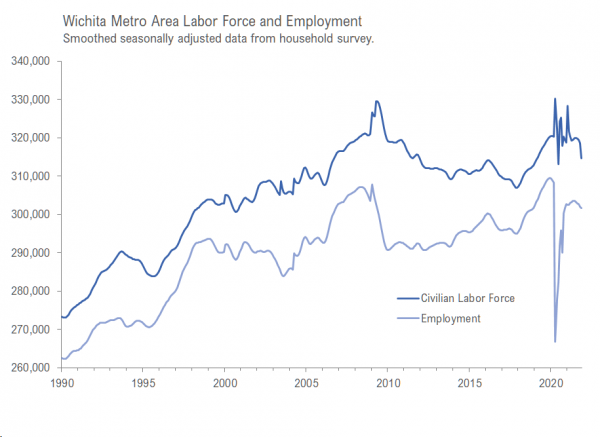 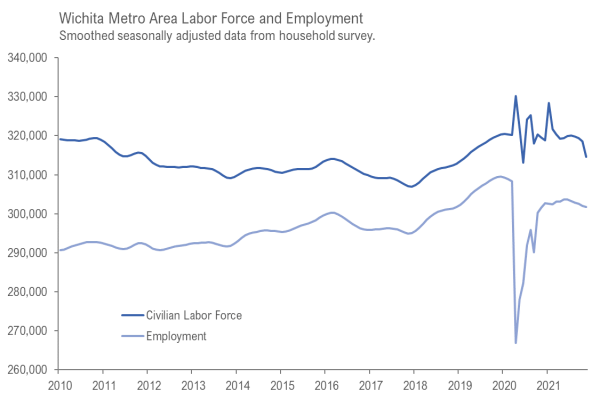 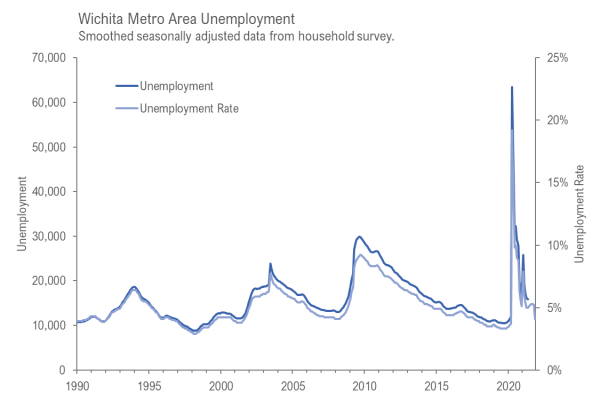 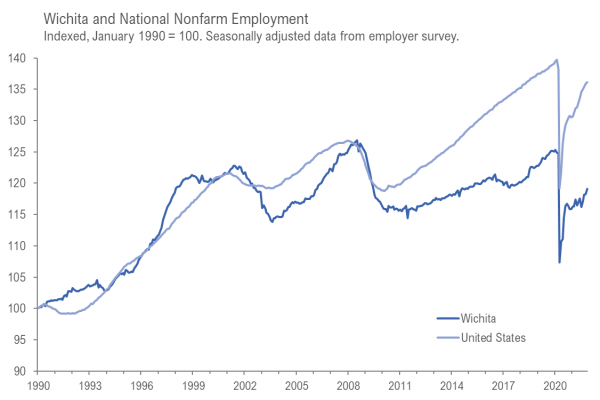 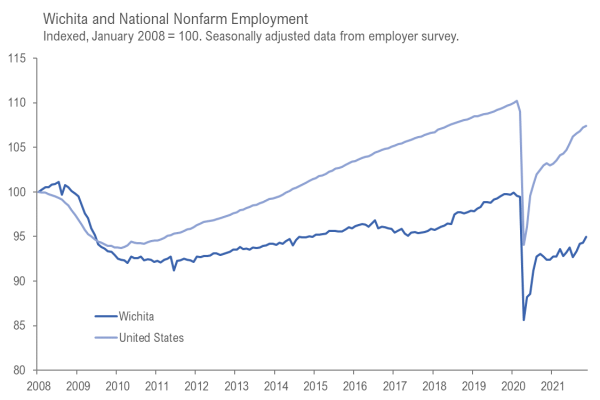 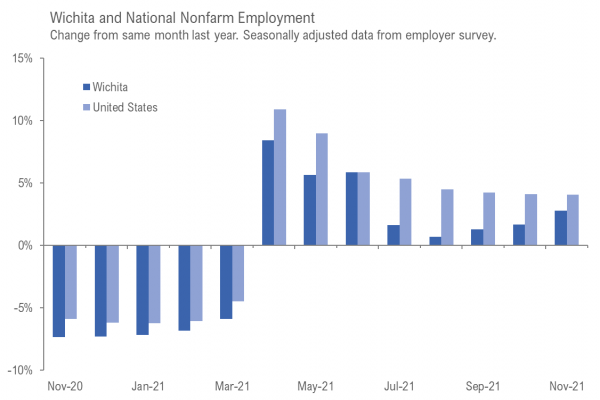